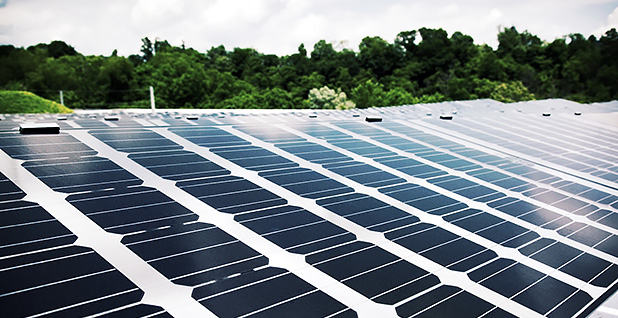 A U.S. trade court has blocked the Trump administration’s plan to enact tariffs on a type of two-sided solar panel, dealing a blow to domestic manufacturers that had sought levies against cheap imports.

Bifacial solar panels can generate power from both sides. They’re currently used in a minority of solar projects, but many within the industry say that share will grow rapidly, since they can produce more power over their lifetimes than monofacial types.

The panels had previously been excluded from broader tariffs on solar imports before the Trump administration pushed to reverse the exemption last fall. That triggered a complaint from developer Invenergy LLC and the Solar Energy Industries Association (SEIA), which won a preliminary injunction against the plan. They said that a tariff exemption would accelerate adoption of the technology.

The Trump administration then sought in April to get the injunction lifted so tariffs could go into effect. It argued that an Office of the U.S. Trade Representative proceeding showed that cheap imports had prevented the rise of domestic manufacturers for that panel type (Energywire, April 17)

But in its decision yesterday, the U.S. Court of International Trade decided not to lift the injunction, saying the administration hadn’t sufficiently demonstrated its compliance with formal tariff procedures.

The court directed the administration to confer with Invenergy, SEIA and other plaintiffs in the "hotly contested" case and submit a schedule for further proceedings by June 17.

Abigail Ross Hopper, president and CEO of SEIA, said in a statement that the group was "pleased" by the court’s denial. "We maintain that the federal government bypassed procedural requirements when they attempted to reverse a tariff exclusion for imported bifacial solar panels," she added.

In a statement, the Office of the U.S. Trade Representative said it would "take all necessary and appropriate steps to ensure" that its solar tariffs were "effective," adding that it "strongly disagrees" with the ruling.

The Trump administration still has multiple options to prevail in the case and institute tariffs on bifacial panels, but some analysts had predicted that would happen swiftly. In an April note, analysts at ClearView Energy had predicted the court would lift the injunction within days of the administration’s request.

Spokespeople for Hanwha Q Cells Co., a South Korea-based manufacturer that opened a U.S. factory and sided with the Trump administration in the case, said the company remained "confident that the exclusion will ultimately be withdrawn."