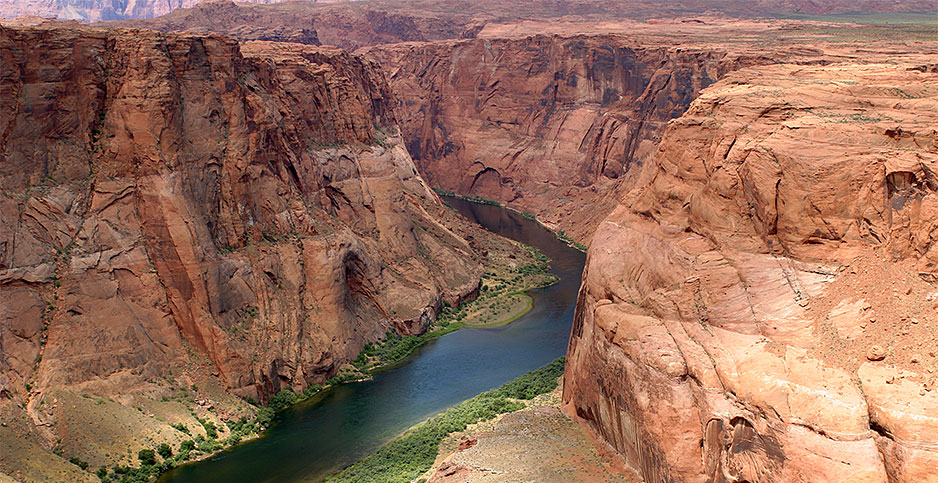 A panel of judges yesterday revived a critical bid from the Navajo Nation to force the federal government to meet its treaty obligations and address the tribe’s well-documented water woes.

The decision from the 9th U.S. Circuit Court of Appeals could have far-reaching implications as the federal government, states and tribes begin renegotiating Colorado River water allocations while the waterway’s basin suffers through a relentless drought.

The Navajo Nation sued federal regulators in 2003, arguing that the government’s operations guidelines for the Colorado River didn’t consider the tribe’s water rights or the amount needed to meet the government’s treaty obligations to the reservation.

A federal district court dismissed the claim, but the 9th Circuit disagreed. The appeals court found that the Navajo Nation has major water problems, and Judge Ronald Gould raised questions about whether the government is fulfilling its treaty with the tribe.

"Water is essential to life on earth," Gould wrote. He later added: "[I]n the specific case of the Navajo Nation, news report have indicated that the Nation’s shortage of water have in part caused exacerbation of the risks from COVID-19."

The Navajo Nation, which sprawls across Arizona, New Mexico and Utah, has had a "significantly higher" death rate in the current pandemic, Gould noted, which many attribute to a lack of access to clean water (Greenwire, April 28).

Despite being filed nearly 20 years ago, the case is in many ways still in its early phases. At issue before the 9th Circuit was the lower court’s dismissal of the tribe’s "breach of trust" claim.

Gould and the 9th Circuit found that the tribe had sufficiently brought that charge, and it should be considered. The 9th Circuit sent the case back to the lower bench.

"[T]he district court," Gould wrote, "only had to consider whether the Nation needs water to fulfill the promise of establishing a Navajo Reservation as a homeland for the Nation’s people."

The case is likely to send shock waves through the seven-state Colorado River Basin.

Those states, the Interior Department and the 30 federally recognized tribes within the basin are about to begin negotiating new operations guidelines for the Colorado River that will determine each state’s allocations.

The negotiations are expected to be contentious because there is less water to go around, due to drought and climate change. Arizona, for example, said yesterday that it is prepared to lose about a fifth of the water it receives from the river in the coming year because a shortage is expected to be declared (see related story).

Further complicating that picture are the tribes. As the Navajo Nation’s lawsuit suggests, there is widespread agreement that the tribes were not adequately represented when the previous guidelines were negotiated.

The tribes have valid claims to significant quantities of Colorado River water — roughly a quarter of all the water in the system — and they have not been using all of it for a variety of reasons, including a lack of infrastructure or, as the Navajo Nation claims, failures of the federal government to meet its treaty obligations.

In the upcoming negotiations, the tribes could argue that those rights must be protected before the states get their allocations — putting more strain on an already drying system.

"Meanwhile, existing uses of Basin water already exceed reliable supplies," according to a policy paper by the Water and Tribes Initiative for the Colorado River Basin.

A key issue in the negotiations is the fact that the claims of a dozen tribes in the basin, including the Navajo Nation, to Colorado River water have never been fully determined.

The 9th Circuit found that it didn’t need to reach the issue of quantifying the Navajo Nation’s water rights because the tribe didn’t ask the court to do so.

The Navajo Nation, Gould wrote, is asking the court to force the government to determine how much water it needs and develop a plan to secure it.

The government, he wrote, has "a duty to protect the Nation’s water supply that arises, in part, from specific provisions in the 1868 Treaty that contemplated farming by the members of the Reservation."

Further, the judge said that only a "perverse reading" of Supreme Court precedent would prevent "tribes from seeking vindication of their water rights by the federal government when the government has failed to discharge its duties as trustee."