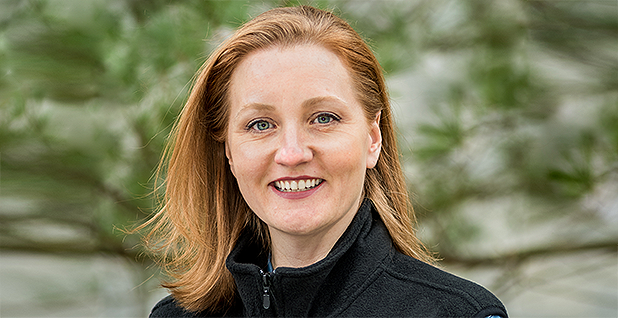 Margaret Everson has been serving as the acting head of the National Park Service since August. Fish and Wildlife Service

"Margaret Everson is the latest in a carousel of illegal appointees to be shuffled through the Department of the Interior," Tim Whitehouse, PEER’s executive director, said today.

In a motion filed with the U.S. District Court for the District of Columbia yesterday, the groups said the same legal standard that caused a federal judge in Montana on Friday to order the removal of William Perry Pendley as the acting head of the Bureau of Land Management should be applied to oust Everson (Greenwire, Sept. 25).

The groups asked the court for an expedited review of the case to prevent Everson from taking any additional official actions on behalf of the park service.

"We’re gratified with William Pendley’s removal, but the Trump Administration has been engaging in a pattern of illegal appointments as a means to dodge the transparency and accountability of the Senate confirmation process," said Erik Molvar, executive director of the Western Watersheds Project. "It is critical that appointees are able to pass the test of Senate scrutiny before they are put in charge of important federal agencies."

"Federal law allows the head of a department to delegate the management of a bureau or office to a subordinate, except in those rare cases where a federal law or regulation exclusively vests those duties in a presidentially appointed official," Interior spokesman Nicholas Goodwin said in an email this morning. "This is the almost universally agreed upon view, reflected in circuit court case law, long-standing DOJ guidance, GAO opinions, legislative history and the operational practice that has spanned decades and administrations from different political parties."

The department said Monday that it will appeal the ruling involving Pendley, made by Chief Judge Brian Morris of the U.S. District Court for the District of Montana (Greenwire, Sept. 30).

"We continue to attest that the outrageous ruling of the court in Montana is erroneous and fundamentally misinterprets the law, and this long-standing practice by the federal government will ultimately be vindicated," Goodwin said.

Bernhardt gave Everson the top job at NPS even though she had no prior experience with the agency.

She replaced David Vela, who announced his retirement after serving 10 months in the job. Everson worked as a counselor to Bernhardt and as the principal deputy director of the Fish and Wildlife Service before becoming the fourth person named to serve as the acting head of NPS since President Trump took office in 2017.

Jonathan Jarvis, the last permanent director, won approval from the Senate in 2009 after he was nominated by President Obama. Trump nominated Vela for the agency’s top job in 2018. Although the Senate Energy and Natural Resources Committee recommended his confirmation, the full Senate never voted on it, and Trump did not nominate him again in the current Congress.

As a result, the Trump administration will be the first in history to go without a permanent director since Congress created the park service in 1916.

In the lawsuit, the groups contend that the NPS director is a position requiring the "advice and consent" of the Senate under the Constitution and that it may only be filled on a temporary basis by a qualified official appointed directly by the president, not Bernhardt.

While Everson essentially serves as the acting director, Bernhardt was careful not to use the title when he promoted her, instead saying that she had been designated "to exercise the delegable authority of the director of the National Park Service."

Similarly, while Pendley is often called the acting director, his official title is "deputy director, policy and programs at the Bureau of Land Management."

"We are asking the federal court to stand up to Secretary Bernhardt’s self-serving word games and show Everson the door," PEER’s Whitehouse said.