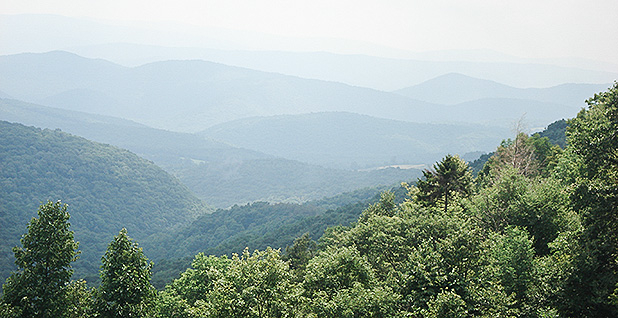 The Forest Service violated the National Forest Management Act and the National Environmental Policy Act when it authorized construction of the 600-mile natural gas pipeline through two national forests and across parts of the Appalachian Trail, Judge Stephanie Thacker for the 4th U.S. Circuit Court of Appeals wrote in a 60-page opinion issued this morning.

"Despite the Forest Service’s clearly stated concerns regarding the adverse impacts of the [Atlantic Coast pipeline] project, as Atlantic’s deadlines for the agency’s decisions drew closer, its tenor began to change," she wrote.

Thacker, an Obama appointee, noted an "about-face" in the approval process in which, despite a biologic evaluation finding that the pipeline would likely cause a "loss of viability" for three species, the Forest Service later determined that the project would not have that effect.

During oral arguments in September, the court asked for clarification on how the Forest Service defines "substantial adverse effects." Thacker found the federal government’s response lacking.

"It is nothing short of remarkable that the Forest Service — the federal agency tasked with maintaining and preserving the nation’s forest land — takes the position that as a bright-line rule, a project-specific amendment, no matter how large, will rarely, if ever, cause a substantial adverse effect on a national forest," she wrote. "And it is even more remarkable that the agency is unable to say what would constitute a substantial adverse effect on the forest."

Chief Judge Roger Gregory, a Clinton and George W. Bush appointee, and Judge James Wynn, another Obama appointee, joined in the opinion. They ordered the Forest Service to revisit the special-use permit and record of decision allowing the forest crossings.

"The George Washington National Forest, Monongahela National Forest and the Appalachian Trail are national treasures," said Patrick Hunter, an attorney for the Southern Environmental Law Center, which represented plaintiffs in the case.

"The administration was far too eager to trade them away for a pipeline conceived to deliver profit to its developers, not gas to consumers," he added. "This pipeline is unnecessary and asking natural gas customers to pay developers to blast this boondoggle through our public lands only adding insult to injury."

Last week, the 4th Circuit also froze a biological opinion and incidental take statement for the Atlantic Coast project. Developers promptly halted all construction on the pipeline, saying that the court’s ruling was far too broad (Energywire, Dec. 10).

The companies are awaiting a response to their emergency motion for clarification of last week’s stay.