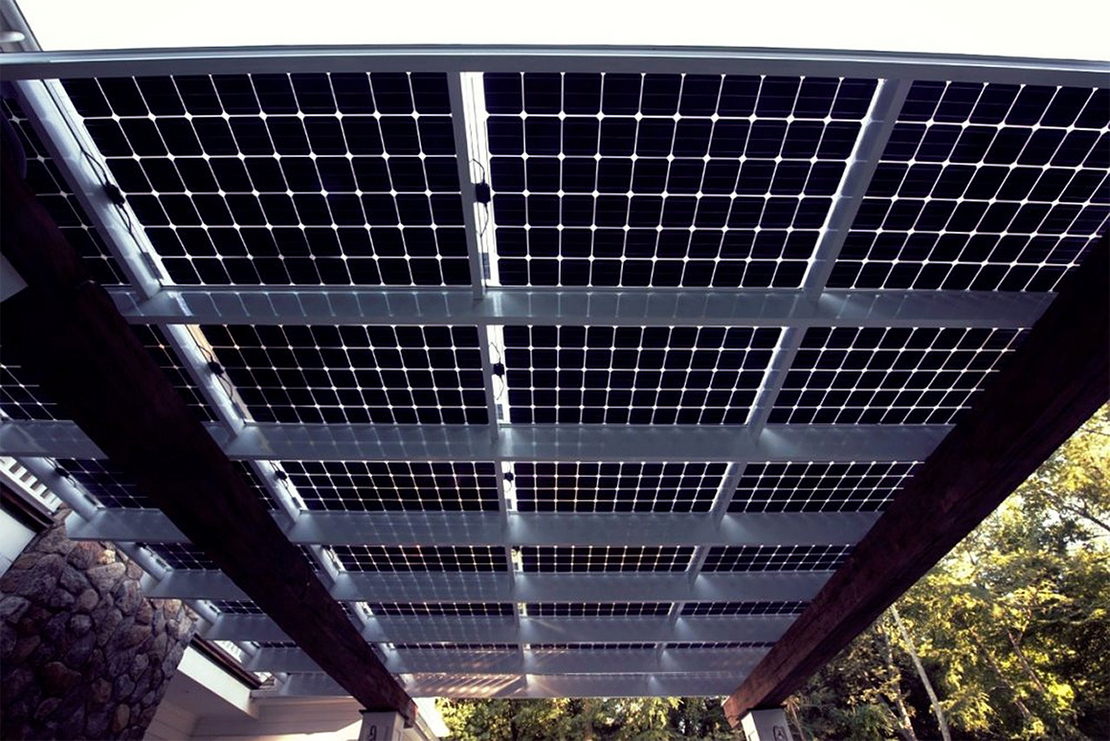 A federal trade court has sided with the solar industry’s biggest trade group, striking down tariffs supported by both the Trump and Biden administrations on imports of a special kind of double-sided panel.

The "bifacial" panels, as they’re known, make up a modest percentage of the overall market but are rapidly turning into a favorite of solar developers, since they can generate electricity from a panel’s shadowed side at only a small cost premium.

In 2018, former President Trump decided to exclude them from import tariffs on solar panels, given their marginal role. Then, two years later, he reversed course, slapping bifacial imports with the same tariff treatment as other foreign-made panels (Energywire, Oct. 13, 2020).

That triggered a lawsuit from three solar developers and the Solar Energy Industries Association (SEIA), which argued that Trump had run afoul of trade laws in his 2020 proclamation.

Yesterday, the U.S. Court of International Trade agreed with the solar groups, writing that Trump had acted "outside of the President’s delegated authority" when he hit bifacial panels with the fees.

Trump’s move was based on "a clear misconstruction" of federal trade statutes, which would have allowed the former president to lift tariffs but not enact new restrictions, the court found.

Those tariffs, if awarded, could have applied to about 60 percent of the U.S. solar industry’s panel supplies.

A quarterly market report published by the National Renewable Energy Laboratory this month, by contrast, did not include data on bifacial technologies because of their newness. But past NREL reports have noted international estimates that predict a global market share for bifacial panels that could reach as high as 35 percent by 2027.

The Biden administration has linked its goal for a carbon-free grid to massive growth in solar power. One recent Energy Department road map, known as the "Solar Futures Study," envisioned a scenario for 100 percent clean power that gave solar a 44 percent share of the electricity mix.

Yet the court’s decision yesterday was a setback for the Biden administration’s lawyers. Counsel from Customs and Border Protection had argued in favor of upholding Trump’s action, marking a rare area of accord on energy between the two presidents.

The ruling also was criticized by domestic solar manufacturers, several of which have cited Trump’s bifacial tariffs as a necessary protection for U.S.-based production.

One such manufacturer, Auxin Solar, said yesterday that Trump was "right" to apply the tariffs.

"We hope that the government will appeal this erroneous decision," said Mamun Rashid, Auxin’s CEO. Along with rejecting the bifacial tariffs, the court threw out a second part of Trump’s proclamation, which increased the overall tariff rate on solar imports from 15 percent to 18 percent.

Spokespeople for Hanwha Q Cells, a South Korean company that produces modules at a factory in Georgia, also denounced the ruling, calling it "unfortunate ruling that puts domestic solar manufacturers at risk of immediate and substantial harm.”

"Both actions were an unlawful attempt to harshen the Section 201 tariffs," she added.