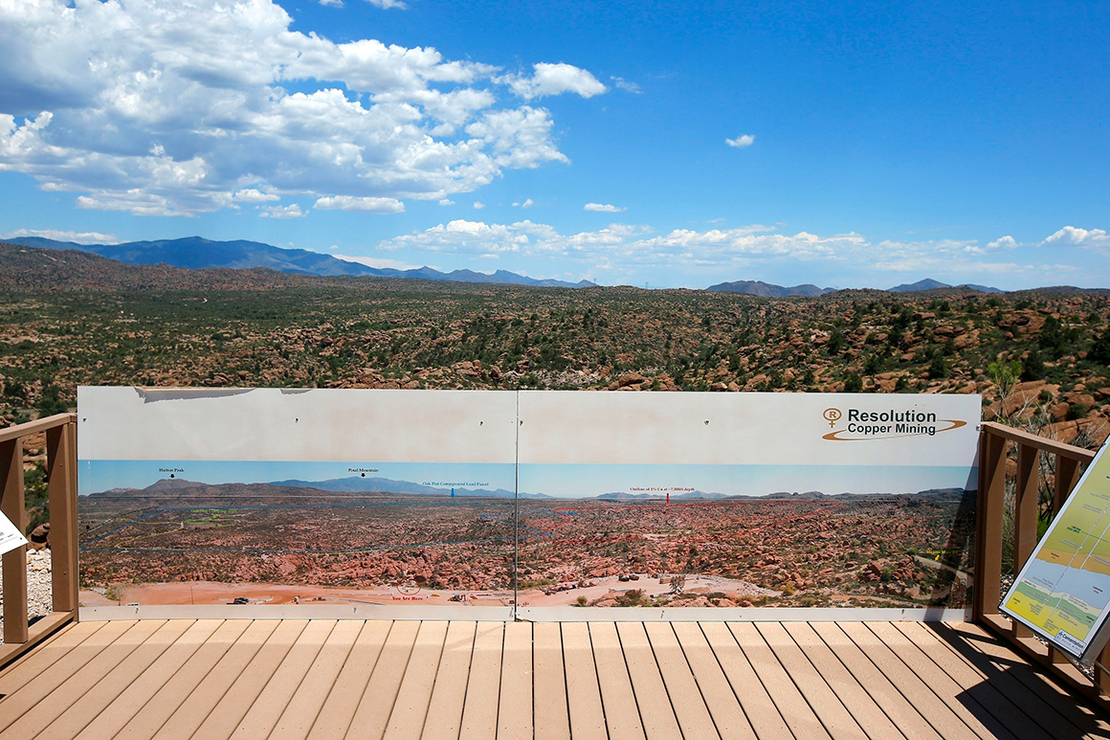 A federal appeals court ruled that a federal land swap giving a Native American tribal holy site in Arizona to a private mining company so it could be the site of a copper mine would not violate the tribe’s religious freedoms.

The 9th U.S. Circuit Court of Appeals in a 2-1 decision affirmed a lower court ruling that federal officials could exchange Oak Flat, a place significant to many Apaches, to become the site of a mine, without violating tribal members’ free exercise protections under the U.S. Constitution or the Religious Freedom Restoration Act, a 1993 religious liberty law.

The ruling is a victory for the potential recipient of the land: Resolution Copper, a joint venture between global mining companies Rio Tinto and BHP that want to create a sprawling copper mining complex on a patch of land that includes Oak Flat.

Extraction at Oak Flat was banned until 2014, when Congress included language in a must-pass defense authorization bill requiring the government to exchange the land and allow the mine to be built.

Officials at the U.S. Forest Service, which oversees the lands where Oak Flat is located, nearly completed the land exchange at the tail end of the Trump administration. Apache Stronghold, a Native American group opposed to the mine, then sued to block the trade. Shortly afterward, Biden administration officials rescinded the approval granted for the land exchange last year and began more consultation with affected tribes (E&E News PM, March 1, 2021).

Although Biden halted progress on the exchange, attorneys for his Justice Department argued Apache Stronghold’s arguments defined “substantial burden” of religious harm in an overly broad fashion to claim protection under the Religious Freedom Restoration Act (Greenwire, May 21, 2021).

Bea stated the panel did “not rejoice” in its decision and “recognize[d] the deep ties that the Apache have to Oak Flat,” as well as “acknowledge[d] that the Land Exchange may impact the Apache’s plans to worship on Oak Flat.”

However, the government’s obligations to protect religious diversity do not extend to the land exchange and its potential ramifications for the future of Apache spirituality, Bea wrote, adding that if Apaches wish to eliminate the land exchange, they should push for that in Congress.

“This dispute must be resolved as are most others in our pluralistic nation: through the political process,” he added, pointing to legislation authored by House Natural Resources Chair Raúl Grijalva (D-Ariz.) that would eliminate the 2014 language.

Judge Marsha Berzon dissented from the decision, writing the majority was too restrictive in defining an “incorrect” definition for a substantial burden under the religious freedom law. Berzon was nominated to the role under former President Bill Clinton.

Transferring the site to Resolution Copper would “make the site inaccessible and eventually destroy it, objectively preventing Apaches from holding religious ceremonies there,” she wrote.

“The majority’s flawed test leads to an absurd result: blocking Apaches’ access to and eventually destroying a sacred site where they have performed religious ceremonies for centuries does not substantially burden their religious exercise,” she said.

Apache Stronghold stated it will appeal the ruling to the U.S. Supreme Court. “Oak Flat is like Mount Sinai to us — our most sacred site where we connect with our Creator, our faith, our families, and our land,” said Dr. Wendsler Nosie, Sr., a representative of Apache Stronghold, in a statement.