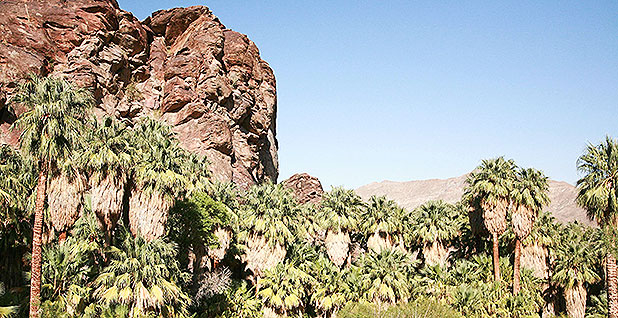 A California court has sided with a Southern California water district in a high-stakes case with a Native American tribe over access to groundwater.

The ruling follows a 2017 decision that found the Agua Caliente Band of Cahuilla Indians had reserved water rights to groundwater under its lands.

But federal Judge Jesus Bernal said the nearby Coachella Valley Water District and Desert Water Agency have not harmed the tribe with their groundwater pumping because the reservation has sufficient water for its needs.

The tribe, Bernal wrote, has not shown it has suffered any sort of water shortage due to the district’s management of the aquifer and thus does not have standing to bring its claims.

"The Court finds the use needs of the Tribe — current and future — critical to an inquiry concerning actual or imminent injury to the reserved right," Bernal wrote.

The ruling is one phase in the multipronged litigation concerning an overdrafted aquifer in the Coachella Valley near Palm Springs.

There are five tribes in the valley, including the Agua Caliente, whose 31,000-acre reservation was established by presidential orders in 1876 and 1877.

Like other reservations, the Agua Caliente’s lands follow a checkerboard pattern, so the tribe’s property — along with that of other landowners — lies on top of the valley’s large aquifer, which provides water to some 400,000 people.

As the water table in the aquifer dropped, the tribe sued the water districts in 2013 on several grounds, including that it had a right to the water underneath its aquifer.

The district court and, later, the 9th U.S. Circuit Court of Appeals agreed with the tribe in holding that the tribe has a "reserved right" to groundwater under its reservations. The ruling sent shock waves through the water management community in the West as it has grappled with providing water in the face of climate change and increased droughts (Greenwire, March 31, 2017).

The Supreme Court declined to review that decision.

At the heart of the dispute is the legal doctrine established in a 1908 Supreme Court case, Winters v. United States. Courts have interpreted the ruling to mean that the creation of a Native American reservation contained a right to water.

In his ruling Friday, Bernal said that doctrine goes only as far as providing water necessary to "fulfill the purpose of the reservation, no more."

The tribe, Bernal said, has not shown it has suffered any water supply issues. In fact, it acknowledges it doesn’t pump any groundwater itself; the tribe relies on the water districts for its supplies.

Consequently, Bernal wrote that the tribe lacks standing for several of its claims, including that the district’s aquifer management has caused water quality in the aquifer to deteriorate.

"Thus, the interest protected through a Winters right is the Tribe’s need for water," Bernal wrote. The court "finds that the Tribe must provide evidence of injury to its ability to use sufficient water to fulfill the purposes of the reservation."

The water districts welcomed the decision, saying they have taken steps to address overdraft in the aquifer, including recharging it with imported Colorado River supplies.

"Our top priority is and always has been to protect our groundwater supplies to ensure a sustainable, reliable water future for everyone in the Coachella Valley," Coachella Valley Water District board President John Powell Jr. said in a statement.

One undecided issue remains in the litigation concerning whether the tribe has an ownership stake in the aquifer’s empty storage space.