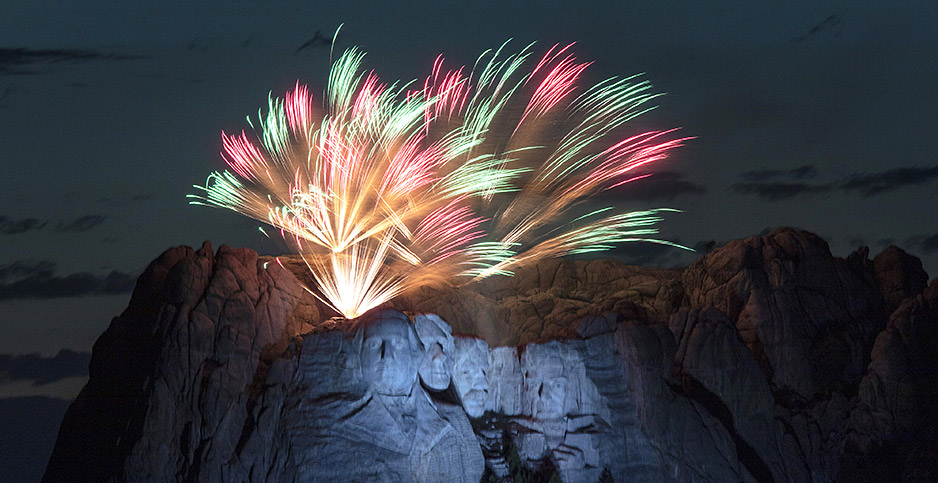 A federal court rejected a bid by South Dakota to move forward with a July 4 fireworks display at Mount Rushmore National Memorial. A fireworks display during a July 3, 2020, visit by former President Trump to the memorial is shown. Bob Strong/UPI/Newscom

The agency listed several reasons for its March 11 denial, including the Centers for Disease Control and Prevention’s guidance on avoiding large gatherings due to the ongoing COVID-19 pandemic.

"A fireworks display at Mount Rushmore on July 3, on first blush, seems like a good way to celebrate the Independence Day weekend," the judge wrote.

"This country could use a good celebration of its foundational principles of democracy, liberty, and equal protection of law, after a pandemic that has disrupted society and business and has killed nearly 600,000 United States citizens to date, after an insurrection and physical incursion of the United States Capitol while Congress was convening to certify the outcome of the presidential election, and after this nation has become so sadly divided by the politicization of so many issues, likely to include even the outcome of this case," he continued.

However, Lange wrote, the court’s role is not to decide whether a fireworks display is a good idea.

"It would be improper judicial activism for this Court to disregard settled law establishing the arbitrary and capricious standard for review of the fireworks permit denial and to mandate issuance of such a permit," wrote Lange, who was appointed during the Obama administration.

The sharply worded opinion appears to take aim at Noem’s alliance with former President Trump, who has rejected scientific evidence about COVID-19, accused liberal judges of bias and pushed baseless claims of election fraud that led to the Jan. 6 mob on Capitol Hill.

Noem first sued the Interior Department and NPS in April, alleging that the Biden administration had backed out of an agreement the state struck with Trump’s team to allow for a July Fourth fireworks show this summer (Greenwire, April 30).

With Trump’s assistance, Noem last year won approval for the event from NPS and then-Interior Secretary David Bernhardt, after a National Environmental Policy Act review that found the show would have "no significant impact" on the Mount Rushmore memorial.

Before that, there had not been a fireworks show at Mount Rushmore in more than 10 years, after NPS found that the event attracted far bigger crowds than the site could handle. The parking lot overflowed, visitors squeezed into restricted areas and small fires ignited.

After President Biden took office, NPS put the kibosh on fireworks once more.

Noem decried the change in position as politically motivated.

Noem promised to fight the decision, with the goal of planning a fireworks display in summer 2022.

"I am disappointed that the court gave cover to this unlawful action with today’s decision. But rest assured, this fight is not over," she wrote in a statement. "My legal team will appeal so that we can return the Fireworks Celebration to Mount Rushmore and celebrate our nation’s birthday at America’s Shrine to Democracy for next year and in the future."