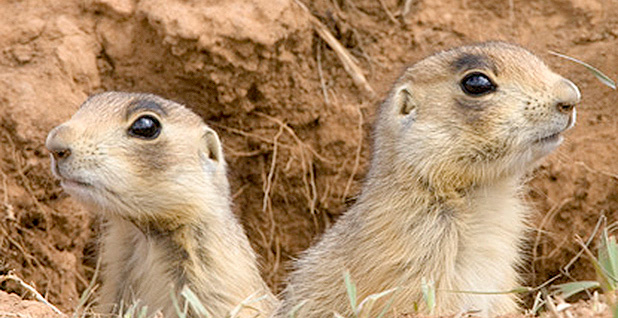 A federal appeals court today restored a federal prohibition on harming the Utah prairie dog on private property in a closely watched case on the constitutional limits of the Endangered Species Act.

A three-judge panel of the 10th U.S. Circuit Court of Appeals found that the Constitution’s Commerce Clause authorized the rule.

The decision overturns an unprecedented lower-court ruling that said the regulation violated the clause because the prairie dog lives only in Utah — mostly on private land — and does not affect interstate economic activity.

Today’s ruling will likely be appealed to the Supreme Court, but the 10th Circuit’s decision may make it less likely that the high court takes up the issue.

That’s because the 10th Circuit, rather than splitting from other courts, joins at least three other federal appellate courts in saying the Endangered Species Act applies to single-state species.

The Fish and Wildlife Service issued the rule in question in 2012 to prohibit the "take" of the Utah prairie dog without a permit. The species is found in the southwestern part of the state, and about 70 percent of the population lives on private land.

People for the Ethical Treatment of Property Owners, a group composed of more than 200 owners and "other persons and entities subject to overly burdensome regulations," challenged the rule (Greenwire, June 8, 2015).

It argued that Congress couldn’t authorize any take of the species because of the Commerce Clause. And in November 2014, the U.S. District Court for the District of Utah agreed (Greenwire, Nov. 7, 2014).

"Although the Commerce Clause authorizes Congress to do many things," Judge Dee Benson wrote, "it does not authorize Congress to regulate takes of a purely intrastate species that has no substantial effect on interstate commerce."

The Fish and Wildlife Service and the group Friends of Animals appealed the decision to the 10th Circuit.

In the opinion today, Holmes first rejected the argument raised by Friends of Animals that PETPO didn’t have legal standing to bring the case.

When it comes to the broader issues, Holmes based his analysis on the test the Supreme Court created in a 1995 firearms case. The high court struck down a federal statute on the grounds that lawmakers exceeded Commerce Clause powers.

Using that test, Holmes noted that Congress has the power to regulate "purely local activities" that are part of a larger economic "class of activities" that substantially affect interstate commerce.

The Utah regulation, he wrote, is part of the larger Endangered Species Act regulatory scheme that, in the aggregate, has a substantial effect on interstate commerce.

"The substantial relationship between the ESA and interstate commerce is patent," Holmes wrote.

For one, he said, regulating the take of species is "directly related" to economic development and commercial activity. Part of Congress’ purpose in creating the ESA was to conserve species by restricting commerce, he wrote.

The third way the Endangered Species Act has affected interstate commerce, said Holmes, is through the creation of an illegal market that generates up to $8 billion annually.

"The regulation on nonfederal land of take of a purely intrastate species, like the Utah Prairie dog, under the ESA is a constitutional exercise of congressional authority under the Commerce Clause," Holmes wrote.