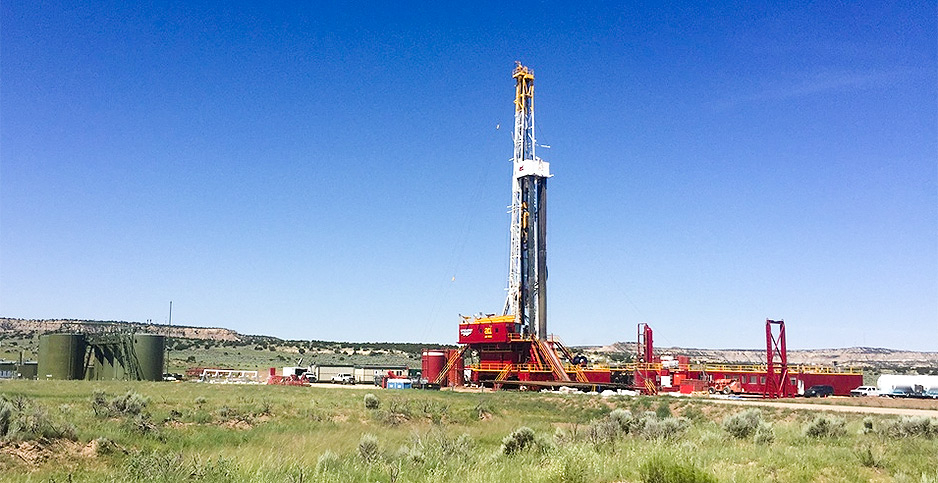 A federal court last night rebuffed the Trump administration for unlawfully delaying an Obama-era rule to restrict methane emissions from the oil and gas industry.

In a decision with immediate impacts for drillers, the U.S. District Court for the Northern District of California ruled that the Interior Department violated federal law in June when it froze key provisions of the Bureau of Land Management’s methane rule.

The court found that Interior misused a provision of the Administrative Procedure Act to justify postponing upcoming compliance deadlines. All of the regulation’s provisions will now take effect as scheduled.

Separately, Interior has proposed a broader freeze of the methane rule through a public notice and comment process. That kicks off in earnest today and won’t be finalized until November at the earliest (see related story). Yesterday’s court decision means that oil and gas companies must scramble in the meantime to make sure they’re ready to meet the next round of compliance deadlines.

The legal and political implications of the ruling are huge. The opinion is a public rebuke of the Trump administration for attempting to scuttle Obama-era policies without going through proper procedures.

"It’s really a pretty stinging rebuke to the whole Trump administration practice of rolling back environmental rules without analysis just to do a favor to the oil and gas industry," Center for Biological Diversity attorney Michael Saul told E&E News.

CBD was part of a coalition of environmental groups, along with California and New Mexico, that sued Interior for delaying the rule.

The same district court last month smacked down the administration for a similar attempt to postpone a rule affecting how royalties are calculated for federal fossil fuels. Another court in July rejected U.S. EPA’s attempt to freeze separate methane standards for the oil and gas industry.

"No one is above the law," he said in a statement. "As a result of this Rule’s implementation, oil and gas operators on federal and Indian lands will be compelled to prevent the waste of natural gas. Natural gas emissions threaten the health of nearby residents and contribute to climate change."

Kate Kelly, public lands director at the Center for American Progress, said the decision sends a message to the Trump administration that it cannot shortcut the administrative process.

"The Administration’s ‘stay and delay’ tactics, through which it is allowing industries to bypass pollution controls and dodge royalty payments, are patently illegal," she said in an email. "Today’s decision should be a wake-up call to Secretary [Ryan] Zinke that neither he nor the oil and gas industry is above the law."

Magistrate Judge Elizabeth Laporte’s decision is a detailed critique of the Trump administration’s approach to disabling the Obama rule.

She found that Interior is not entitled to deference in its decision to delay parts of the regulation because the agency completely misapplied the Administrative Procedure Act in justifying the delay (Energywire, Oct. 4).

Interior relied upon APA Section 705, which allows agencies to delay the "effective date" of regulations that are facing legal challenges when "justice so requires." Critics have argued that Section 705 was never intended for already-effective measures like the methane rule, which took effect in January.

Government lawyers countered that the APA provision can be used to postpone various compliance deadlines, which function as effective dates.

Laporte rejected BLM’s position as "circular" reasoning and found that it was contrary to the plain language of the APA.

She continued by criticizing the administration’s argument that prohibiting the use of Section 705 on compliance deadlines robs the agency of its prerogative to maintain the regulatory status quo when a rule is facing legal challenges. In fact, she said, the Trump administration is to blame for regulatory uncertainty.

"After years of developing the Rule and working with the public and industry stakeholders, the Bureau’s suspension of the Rule five months after it went into effect plainly did not ‘maintain the status quo,’" Laporte said. "To the contrary, it belatedly disrupted it.

"Regulated entities with large operations had already needed to make concrete preparations after the Rule had not only become final but had actually gone into effect," the decision continued. "The uncertainty that can arise from this kind of sudden agency reversal of course is illustrated by its impact on the regulated entities here."

Finally, Laporte found that BLM did not meet Section 705’s threshold of postponing a rule when "justice so requires." She noted that such a determination must be based on an analysis of the impacts of delaying a rule, and she found that BLM had "supported the Postponement Notice by only considering one side of the equation" — relief to the oil and gas industry.

Opponents of the Obama rule had urged the district court to consider leaving the postponement in place even if it ruled against the Trump administration. They said operators would face "unnecessarily disruptive" consequences, being forced to spend millions to quickly comply with requirements they thought had been sidelined.

Laporte rejected the request, noting that the industry was well aware that the administration’s effort to delay the compliance deadlines was legally vulnerable.

"If some of the regulated entities of the oil and gas industry will not be able to meet the January 17, 2018 compliance date … that is a problem to some extent of their own making and is not a sufficient reason for the Court to decline vacatur," she wrote.

The Trump administration is licking its wounds after the court’s decision, but the party most affected is the oil and gas industry.

Drillers have been on a legal and regulatory roller coaster with BLM’s methane rule since its release last fall. First, a Wyoming district court rejected their attempt to enjoin the rule in January. Next, they suffered a narrow defeat on Capitol Hill when the Senate voted against using the Congressional Review Act to scuttle the measure.

Interior quickly responded to the CRA failure by announcing the June postponement of upcoming compliance deadlines for key provisions of the rule. Now, industry is back where it started: facing imminent new standards, even as the Trump administration crafts a potentially sturdier plan to ditch them.

"Some companies are already starting to get prepared for compliance; others are not," said Saul, the CBD lawyer. "These constant illegal attempts to undo the rules just create uncertainty, but given how comprehensive the judge’s rebuke is today, I think it makes sense for industry just to get to work on entering into compliance."

The industry’s most vocal opponents of the BLM rule — the Independent Petroleum Association of America and Western Energy Alliance — have so far stayed mum on last night’s court decision. They did not respond to requests for comment.

Interior and BLM also kept quiet on the legal news, though they had trumpeted the latest rollback plans earlier yesterday.

Environmental advocates are already eyeing the next legal battles over the methane rule. Once the Trump administration finalizes its new attempt to freeze the rule, several groups are likely to sue. Saul noted that the court’s decision yesterday does not bode well for further rollback efforts.

"I think Judge Laporte’s ruling calls into question their substantive basis for both taking a second crack at delaying the rule and ultimately repealing it," he said. "They can’t ignore the regulatory impact analysis which found that costs of the waste rule are greatly outweighed by the benefits. They can’t ignore those benefits."

Most likely, Trump officials will abandon the Obama administration’s approach to weighing costs and benefits, which included use of the "social cost of methane" tool to calculate the cost of emissions. President Trump in March ordered agencies to stop using the calculation.

Interior may instead find that the methane restrictions do not generate enough in increased royalties to justify the costs to industry.