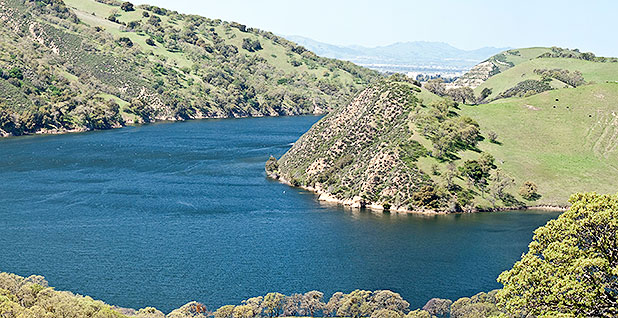 EPA in 2008 formalized its long-standing position that water transferred from one body of water to another via a canal, channel or pumping station did not require a Clean Water Act discharge permit as long as there wasn’t an industrial, municipal or commercial use along the way.

Such systems are common in drinking water infrastructure throughout the country. Environmentalists, however, have criticized the policy for years, arguing that it allows pollutants from a body of dirty water to be moved into another with cleaner water.

They filed multiple lawsuits and celebrated when a federal judge in New York threw out the rule in March 2014.

EPA and others appealed, and the 2nd U.S. Circuit Court of Appeals ruled 2-1 yesterday that while the regulation does not appear to achieve the Clean Water Act’s goal of protecting water quality, the agency’s justification was sound and thus deserved deference from the court.

Throwing a bone to the challengers in his 91-page opinion, Senior Judge Robert Sack, a Democratic appointee, said there was much to question about the rule.

"It may well be that, as the plaintiffs argue, the Water Transfers Rule’s interpretation of the Clean Water Act is not the interpretation best designed to achieve the Act’s overall goal of restoring and protecting the quality of the nation’s waters."

But he said the court was bound by the Supreme Court’s 1984 Chevron USA Inc. v. Natural Resources Defense Council Inc. precedent, which held that courts must defer to an agency’s interpretation if it is reasonable.

Environmentalists have long sought to undo EPA’s water transfers policy, which has major implications across the country.

New York City, for example, relies on a complex system of 19 reservoirs and tunnels to shuttle water to its residents. In the West, there are no fewer than 16 major diversion projects — including California’s massive State Water Project — that would require expensive and complicated permits if EPA’s policy were reversed.

The rule’s scope enticed many parties to get involved in the case. Nine states led by New York, as well as sportsmen and environmental groups, challenged the rule.

New York City and a dozen other states, including California and Colorado — which relies on more than 40 interbasin diversions and transfers to serve its water needs — intervened to defend it.

Sack noted the scope of the issue in his opinion.

"Many of the largest U.S. cities draw on water transfers to bring drinkable water to their residents," he wrote.

Repeatedly — and in unusually direct language — Sack said that while the court may not agree with the policy, it must defer to the agency.

"Although the rule may or may not be the best or most faithful interpretation of the Act in light of its paramount goal of restoring and protecting the quality of U.S. waters, it is supported by several valid arguments — interpretative, theoretical, and practical," he wrote.

"[T]he question is not whether the EPA’s reasoning was flawless, impervious to counterarguments, or complete — the EPA only must have provided a reasoned explanation for its action."

Further, Sack argued that EPA has never regulated water transfers and Congress "appears to have, however silently, acquiesced in this state of affairs" by not directing the agency to do so with new legislation.

He contended that the plain language of the Clean Water Act "is unambiguous and clearly expresses Congress’s intent to prohibit the transfer of polluted water from one water body to another district water body without permit."

Exempting such transfers, Chin wrote in a 35-page dissent, "is incompatible with the goal of the Act to protect our waters."