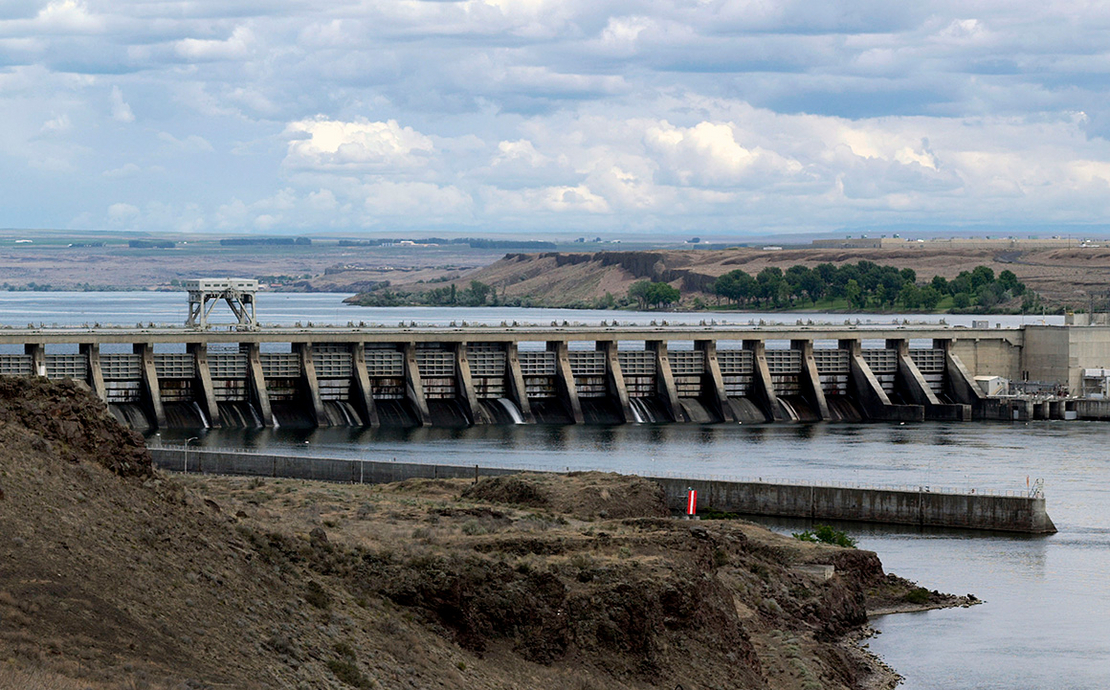 McNary Lock and Dam is one of 14 federally operated dams on the Columbia River that American Indian tribes, fishermen and environmentalists say inhibit salmon runs in the Pacific Northwest. Jeff T. Green/Getty Images

A federal judge on Friday struck down a Trump-era regulation that limited the ability of states and Native American tribes to regulate water pollution.

For nearly half a century, EPA had largely given states and tribes the authority to review and certify Clean Water Act permits for federally approved projects like dams and pipelines that discharge pollution within their boundaries.

The Trump administration contended that the provision hamstrung energy development and last year issued a new rule that shortened the timeline for states’ and tribes’ review and barred them from considering conditions like climate change that are not directly related to water quality.

In his Friday ruling, Judge William Alsup of the U.S. District Court for the Northern District of California struck down the Trump EPA’s approach, saying that it runs counter to Supreme Court precedent and that the agency provided little justification for the change.

"EPA does not adequately explain … how it could so radically depart from what the Supreme Court dubbed the most reasonable interpretation of the statute," he wrote.

The judge cited the Supreme Court’s 1994 ruling in Public Utility District No. 1 of Jefferson County v. Washington Department of Ecology, which said states could require hydropower permits to preserve minimum stream flows, an issue that is not directly addressed in the Clean Water Act (Greenwire, June 2, 2020).

The Trump rule was particularly significant in the Pacific Northwest, where Washington state was seeking to use the relevant Clean Water Act provision, Section 401, to set more stringent standards for severely endangered salmon and steelhead runs — including temperature standards in the Columbia River basin (Greenwire, June 30).

Consequently, groups like Columbia Riverkeeper sued to block the Trump rule, with the backing of regional tribes, including the Pyramid Lake Paiute Tribe.

The Biden administration was put in a difficult position by the regulation. Biden’s EPA has said it will redo the regulation, targeting spring 2023 for a new rule. But it argued that the court should not throw out the Trump rule while it drafts the new regulation.

Alsup, a Clinton appointee, was not persuaded by that reasoning, and he pointed to potential environmental harms to salmon and steelhead while Biden’s EPA works on the new rule.

"[T]he scope of potential revisions EPA is considering," he wrote, "supports vacatur of the current rule because the agency has demonstrated that it will not or could not adopt the same rule upon remand."

Biden’s EPA has been critical of former President Trump’s approach, saying it "erodes state and Tribal authority." It has sought to take a surgical approach to redoing the rule, including potentially giving states and tribes more time to review permit applications and certify them before that authority is "waived" and falls to EPA.

But that has earned pushback from Republicans who have sought to narrow the permitting process (Greenwire, Aug. 20).

"We now look forward," she said in a statement, "to working with EPA to enact regulations that respect the tribes’ and states’ authority to protect water quality and prevent water pollution."

The ruling comes as there has been increased attention on the Columbia River basin and its rapidly declining salmon runs.

Also last week, the Biden administration asked a court to hit pause on litigation over the management of 14 controversial hydropower dams as it crafts a new management plan (Greenwire, Oct. 22).