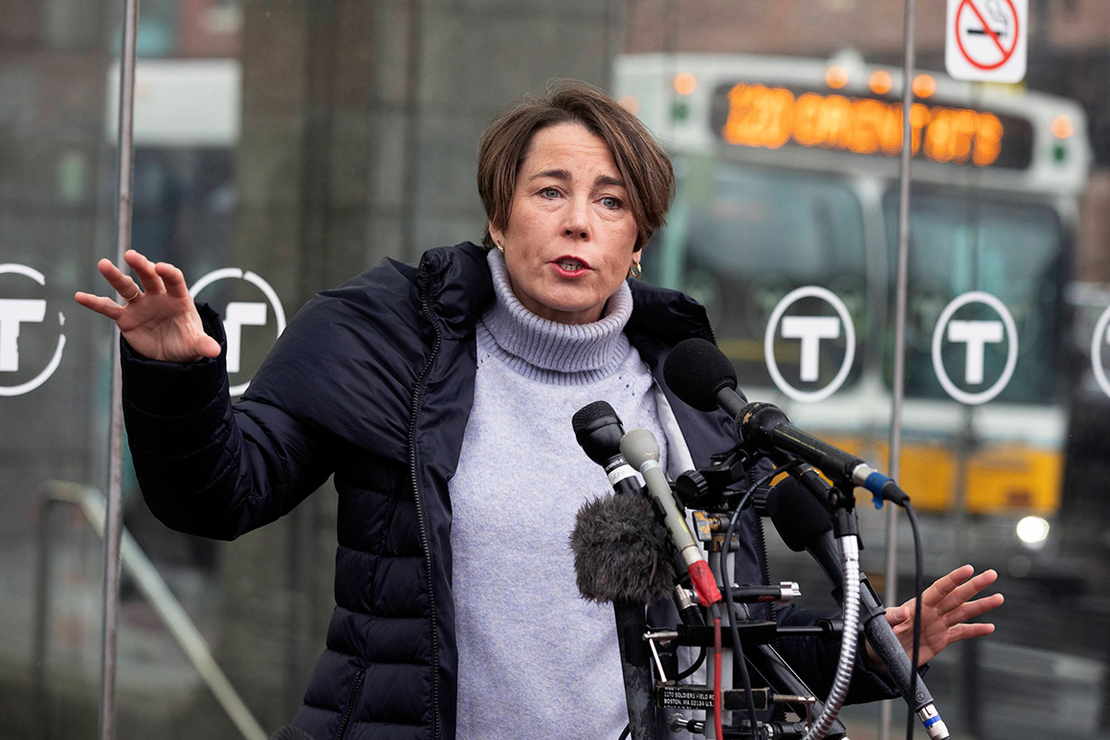 Massachusetts’ highest court yesterday paved the way for the state to proceed with a lawsuit that accuses Exxon Mobil Corp. of misleading consumers and investors about the risks of climate change.

Exxon had argued that the challenge should be struck down because the company’s lobbying activity and advertising is free speech and is protected under a Massachusetts law that seeks to prevent “strategic lawsuits against public participation” that can be wielded to silence critical speech.

But the Massachusetts Supreme Judicial Court found yesterday that the 1994 anti-SLAPP law does not apply to civil enforcement actions by the state attorney general.

“Construing the anti-SLAPP statute to apply to the Attorney General would place significant roadblocks to the enforcement of the Commonwealth’s laws,” Justice Scott Kafker wrote for the court.

Massachusetts Attorney General Maura Healey, who brought the case against Exxon in 2019, welcomed the ruling, calling it a “resounding victory in our work to stop Exxon from lying to investors and consumers in our state.

“Exxon’s repeated attempts to stonewall our lawsuit have been baseless, and this effort was no different,” said Healey, a Democrat. “We look forward to proceeding with our case and having our day in court to show how Exxon is breaking the law and to put an end to the deception once and for all.”

Exxon is reviewing the decision and evaluating its next steps, said Casey Norton, a spokesperson for the company.

Massachusetts’ lawsuit is one of a number of challenges from local and state governments that allege that the fossil fuel industry misled the public about its products and the dangers of climate change.

The Massachusetts case alleges that the company violated state consumer and investor protection laws and raises a claim that Exxon’s advertising constitutes “greenwashing,” or attempts to portray the company as more environmentally focused than it really is.

Kafker in oral arguments in March had questioned whether Exxon was using the anti-SLAPP statute to “shut down” Massachusetts’ ability to pursue its case. An attorney for the company responded that the state had continued to investigate the company (Climatewire, March 10).

In his decision, Kafker wrote that the “history and purpose” of the state’s anti-SLAPP law suggests it does not apply to government action.

“The legislative history makes clear that the motivation for the anti-SLAPP statute was vexatious, private lawsuits, especially ones filed by developers to prevent local opposition to zoning approval,” he wrote.

Kafker also wrote that unlike private litigants, “government actors’ decisions to prosecute claims are subject to the First Amendment and other constitutional protections.”

The high court’s decision came a year after the Suffolk County Superior Court denied a pair of Exxon’s motions to dismiss Massachusetts’ case, including a bid to scrap the lawsuit under the anti-SLAPP law (Climatewire, June 24, 2021).

The case is part of a growing trend in climate litigation, in which states and cities have cited fossil fuel companies’ social media posts and statements to shareholders as examples of corporate greenwashing.

A January report from the Institute at Brown for Environment and Society predicted that a number of recent events across the globe could spur even more greenwashing claims.