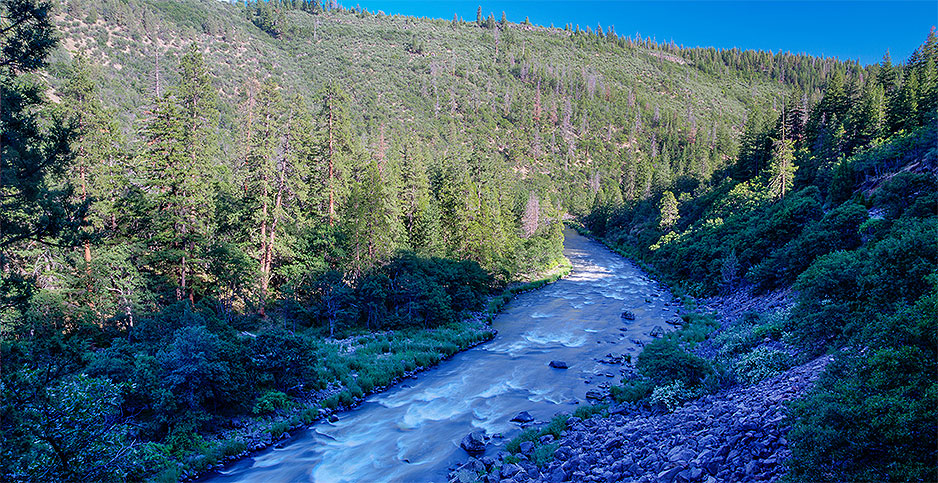 The Klamath River in Oregon. A federal court rejected farmers' claims that their property rights were violated when federal regulators cut off water deliveries to save salmon in the river. Bureau of Land Management Oregon and Washington/Wikimedia Commons

A federal appeals court today rejected a claim from farmers in southeastern Oregon that their property rights were violated when federal regulators cut off water deliveries in 2001 to save endangered fish in the Klamath River.

The ruling from the U.S. Court of Appeals for the Federal Circuit follows 18 years of litigation stemming from a decision from George W. Bush’s administration to cut off water delivery from an irrigation project to safeguard salmon.

That decision spurred protests, including some that nearly turned violent. And it spurred lawsuits contending that shutting off water deliveries from the federal Klamath Project amounted to an unconstitutional taking of property without just compensation.

In today’s decision, the federal circuit ruled against the remaining challengers in the case. But it sidestepped the sticky issue of whether water diversions for Endangered Species Act protections could be challenged as a taking.

Instead, it held that the tribes that have survived off the Klamath River’s salmon runs for millennia might have more senior water rights than the farmers.

The farmers’ "water rights are subordinate to the Tribes’ federal reserved water rights," the court ruled. "We therefore see no error in the court’s holding that the Bureau of Reclamation’s action in temporarily halting deliveries of Klamath Project water in 2001 did not constitute a taking of appellants’ property."

Beginning in 1905, the precursor to the Bureau of Reclamation constructed the Klamath Project, a system of canals, dams, diversions and tunnels that would ultimately provide irrigation to about 210,000 acres.

In 2001, the Bush administration curtailed water deliveries to protect flows in the Klamath River for salmon.

The ensuing farmer revolt, which included one group wielding a blowtorch at a diversion head gate, worked. The following year, the Bush administration reversed course, despite persistent drought conditions.

Vermont Law School professor John Echeverria, who represented the Natural Resources Defense Council and who tracks takings litigation, said the win is important, though the court did not address the underlying takings issue.

"It’s a major win for the United States, the tribes, for environmental groups," he said. "It represents a very welcome illustration of how tribal rights can overlap and reinforce environmental interests, and vice versa."