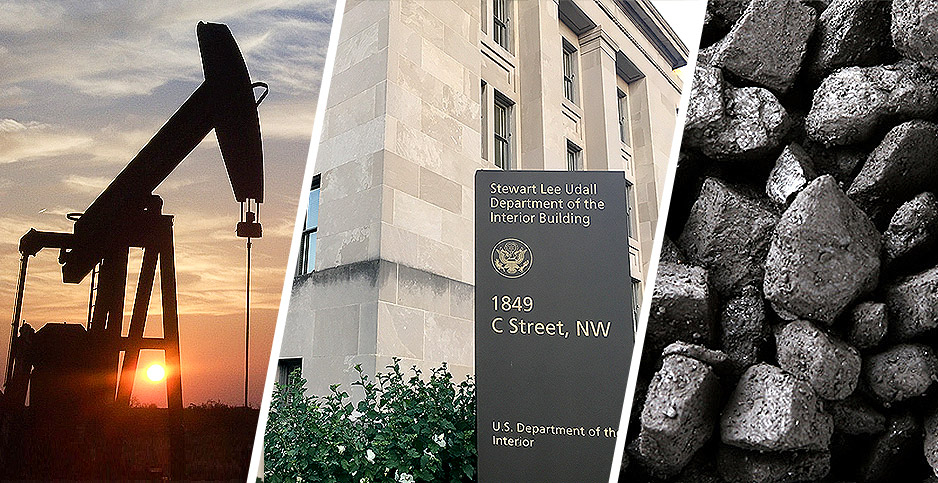 Bit by bit, federal judges across the country have begun to chip away at the foundation of the Trump administration’s energy agenda.

A crop of recent district court rulings rebuffed President Trump’s efforts to amp up energy development on public lands and waters: the end of a coal leasing ban, the repeal of a key royalties regulation, the reversal of an offshore moratorium and the leasing of large Western tracts for oil and gas development.

All the decisions knock down or delay elements of the Trump administration’s "energy dominance" agenda — a directive largely shouldered by the Interior Department, which manages federal and tribal lands.

"The administration clearly wants to hitch its wagon to the fossil fuels industry, but so many of our environmental laws and decades’ worth of precedent make it clear that agencies have to analyze and account for environmental effects," said Jayni Hein, natural resources director at the Institute for Policy Integrity at New York University.

"Even if the administration as a whole wants to shift away from climate analysis, it really can’t."

In each of the recent rulings, many of which came down on Friday nights, judges found that the Trump administration had fallen short of its requirements under the National Environmental Policy Act or Administrative Procedure Act.

One case, in which an Alaska court reinstated Obama-era oil and gas leasing bans in the Arctic and Atlantic oceans, offered an unusual direct rebuke of an exercise of executive power.

In addition to possible appeals over the recent round of leasing, offshore, regulatory and coal decisions, the Interior Department still faces upcoming legal action on the following energy issues:

Revised BLM Methane and Waste Prevention Rule: Get ready for a long round of legal wrangling over the Trump administration’s revision to Obama-era controls on methane emissions from existing oil and gas operations on public and tribal lands (Energywire, Sept. 19, 2018). Although the rewrite effectively rescinds the 2016 regulation, the approach may escape some of the legal pitfalls of an outright repeal, which BLM tried with the valuation and fracking rules.

BLM hydraulic fracturing rule repeal: As with the Obama-era valuation rule, BLM called for an outright rescission of a 2015 regulation affecting fracking operations on federal and tribal lands. The case now sits in the U.S. District Court for the Northern District of California after government and industry lawyers lost their battle last summer to transfer the dispute to Wyoming, where they had hoped to land a more sympathetic judge (Energywire, July 18, 2018).

Sage grouse plans: Environmental groups have raised objections to sage grouse plan revisions made by both the Obama and Trump administrations. Earlier this month, challengers asked the U.S. District Court for the District of Idaho to block President Trump’s Interior from implementing changes to Obama-era grouse plans that they say would expose the iconic bird to impacts from oil and gas development and other land uses (Greenwire, April 22).

The bevy of rulings, issued by district courts from Alaska to the District of Columbia, have dismayed industry groups that saw President Trump’s election as a key to unlock access to federal oil, gas and coal. Some have been quick to blame the judicial branch.

The oil and gas trade group is an intervenor in one of the leasing cases, in which a D.C. court called on Interior’s Bureau of Land Management to conduct additional NEPA analysis (Energywire, March 20).

It’s unclear whether Interior will appeal any of the recent rulings, but Sgamma and other industry advocates will be pressing for circuit court challenges.

"A lot of these rulings need to be appealed, and Interior and the Justice Department are just passive," she said. "These decisions are bad precedent. They’re contrary to law."

If the Trump administration escalates the disputes, many of the cases would land in the 9th U.S. Circuit Court of Appeals.

President Trump has openly criticized the West Coast appellate court for striking down many of his administration’s policies.

"Their agenda is dead on arrival."

Here’s a look at what’s next in each of the recent court rulings on Interior’s energy policies:

What’s next: BLM could quickly turn around climate reviews, as it did in one case. If the courts strike those down, the government could appeal.

A pair of federal judges last month ordered BLM to try again on climate analyses for oil and gas leasing decisions in Wyoming and Colorado.

BLM made quick work of its NEPA review in Wyoming, handing back a supplemental environmental assessment less than one month after Rudolph Contreras, an Obama appointee on the U.S. District Court for the District of Columbia, issued his ruling.

"With its rushed Supplemental EA, the agency has not stepped back to take the hard look demanded by NEPA in order to ensure a reasoned and informed decision," WildEarth Guardians and other groups wrote in a comment last week.

"Instead, BLM treats the Court’s decision and NEPA itself as a meaningless paper exercise."

BLM could request voluntary remand of its environmental reviews supporting leases in Colorado and Utah, which were also included in the Wyoming challenge but were broken into separate litigating schedules, said Nichols of WildEarth Guardians.

The parties are still weighing next steps in that case.

What’s next: In light of an Alaska court’s ruling on Arctic and Atlantic waters, Interior officials last week pumped the brakes on their efforts to expand offshore oil and gas leasing. An appeal is still possible.

Trump did not have the authority to reopen Alaskan seas and Atlantic canyon areas after President Obama prohibited leasing in those regions, Sharon Gleason, an Obama appointee to the U.S. District Court for the District of Alaska, ruled last month (Energywire, April 1).

Her ruling has also stifled — for now — plans to open more than 90 percent of federal waters to oil and gas leasing. Former Interior Secretary Ryan Zinke’s unveiling of an updated five-year plan for offshore development, followed by attempts to excuse Florida from the proposal, whipped up bipartisan backlash along the Atlantic and Pacific coasts.

Bernhardt, Zinke’s former No. 2, yesterday iced the five-year plan until the department can fully assess the implications of Gleason’s decision.

The new secretary’s announcement could also disrupt a separate lawsuit over a set of permits to test the Atlantic Ocean’s potential for oil and gas development (Greenwire, Dec. 11, 2018).

What’s next: Interior has said it will propose a replacement rule. The department could also launch an appeal.

With the stroke of a pen, a federal judge in California this month reinstated long-dormant Obama-era requirements for valuing fossil fuels produced on public lands.

Senior Judge Saundra Brown Armstrong, a George W. Bush appointee on the U.S. District Court for the Northern District of California, found Trump’s Interior had not offered a "reasoned explanation" for repealing the 2016 rule (Energywire, April 15).

Department officials have said they could offer a proposed replacement regulation later this year. The rule affects what royalties companies pay on federal fossil fuels they extract.

Plans for a fresh regulation have puzzled regulatory experts who say the Obama program, which blocked mining companies from selling coal to affiliates at artificially low prices, was the result of long discussions between government, industry and environmentalists.

"I’m not sure what the replacement rule would be," said Hein of NYU’s Institute for Policy Integrity.

What’s next: A Montana court instructed BLM to prepare some form of NEPA review. Once the court determines the appropriate remedy, Interior could file an appeal.

The Trump administration must work up a NEPA analysis for its decision to thaw a freeze on federal coal leasing, a Montana district court ruled this month.

Morris is the same judge who last year blocked construction on the Keystone XL oil pipeline, a key project in Trump’s energy plan.

When Zinke ended the leasing moratorium, coal companies had applied to lease about 2.8 billion tons of federal coal.

That total now stands at about 1.8 billion tons, and BLM has listed many recently leased minerals as exempt from the ban (Energywire, April 23).

"Companies begin planning mining investments 10 years out and need to have leases laid out well in advance," said Conor Bernstein, a spokesman for the National Mining Association.

"Certainty is particularly important for this planning horizon."

Parties in the lawsuit will soon make their arguments for appropriate next steps on the NEPA review.