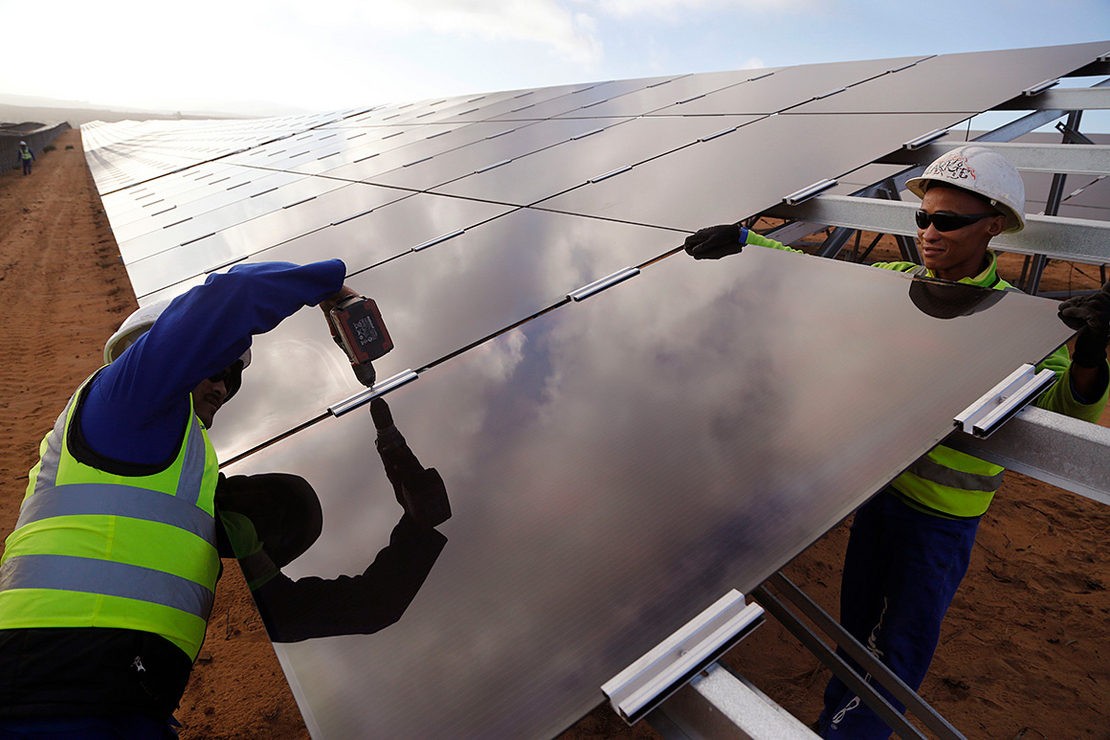 The world’s wealthiest countries are rapidly boosting spending on clean energy, but lower-income nations are struggling to do the same, with higher food and fuel prices bearing down on their already limited finances.

The widening gap could challenge the global goal of zeroing out planet-warming emissions by 2050, the target needed to prevent the worst impacts of climate change, according to a new report from the International Energy Agency.

Countries have allocated a total of $710 billion to clean energy through their Covid-19 stimulus packages, a 50 percent increase since last October, according to the IEA’s Sustainable Recovery Tracker. Those measures include support for solar, wind and other renewable power projects; prevention of methane leaks and investment in carbon capture technology; financing for electric vehicle chargers or the electrification of bus fleets; just transition funds to support a shift away from fossil fuels; and energy efficiency improvements for schools.

More than half of the total amount, $370 billion, is earmarked by developed economies for use by the end of 2023. In contrast, lower-income countries are planning to spend around $52 billion on sustainable recovery measures.

The total is roughly 40 percent more than was spent on green investments in the wake of the 2008 global financial crisis. But it still accounts for just 4 percent of the $18.2 trillion governments have agreed to put toward Covid-19 economic recovery measures since the start of the pandemic, the IEA report says.

A separate study on the Group of 20 — the European Union and 19 countries that contribute the most to climate pollution — found that just 6 percent of the spending in their Covid-19 recovery plans since 2020 went to green investments (Climatewire, March 8).

In a June 2020 report, the IEA said that $1 trillion in annual clean energy spending would be needed by 2023 to put the world on track for net-zero emissions by 2050. Emerging and developing countries will need to account for two-thirds of that investment by the end of this decade, according to the agency.

Today’s report tracks progress countries are making toward that targeted spending level by looking at energy-related policies, public spending and their impacts. The report notes that developed countries are close to spending what they need to in order to reach carbon neutrality by 2050. But as the world’s largest emitters historically, experts say they also have a responsibility to support developing countries’ transition to clean energy and limit the impacts of global warming.

“Countries where clean energy is at the heart of recovery plans are keeping alive the possibility of reaching net zero emissions by 2050, but challenging financial and economic conditions have undermined public resources in much of the rest of the world,” IEA Executive Director Fatih Birol said in a statement. Those challenges include mounting debt from pandemic emergency measures that governments are forced to repay, often at high interest rates and often at the expense of other vital services.

“International cooperation will be essential to change these clean energy investment trends, especially in emerging and developing economies where the need is greatest,” Birol added.

On the one hand, rising energy prices have pushed governments to take short-term action, by providing tax exemptions or subsidies, or regulating energy prices. But the most effective ways to reduce demand for oil and gas, such as heat pumps and mass transit, have taken up a smaller chunk of government funding, the IEA report says.

Funding plans will also face challenges as they roll out, due to delays in creating government programs to support them; continued supply chain bottlenecks; labor shortages; and red tape that is holding back incentives, such as tax credits for building retrofits.

“Government spending programs should consider these limitations when setting deadlines, to avoid undersubscribed programs or inducing artificial competition and higher prices as suppliers rush to meet timelines,” the report says.

The sustainable recovery tracker assesses more than 1,000 national recovery policies in more than 50 countries, including the 39 that are IEA members or association countries. This is the third time it has been updated since it was first published in July 2021.