COVID debate: What to do with all the dead animals? 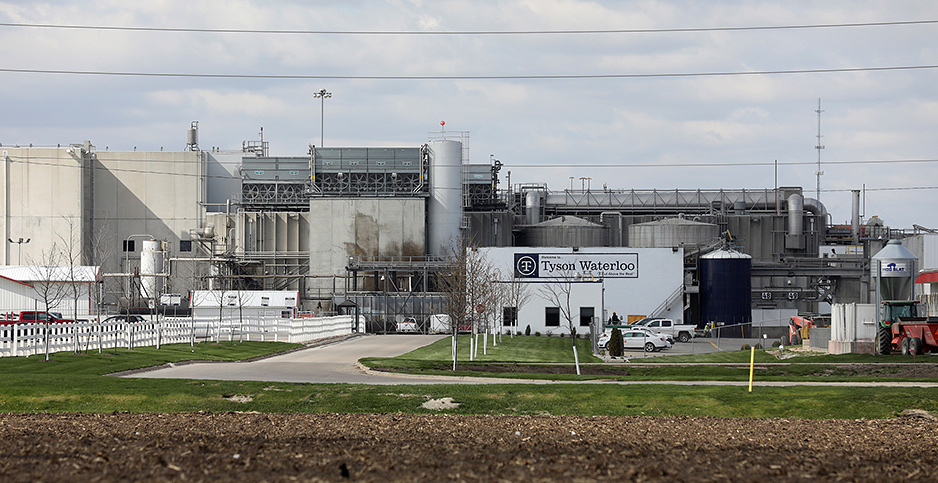 Faced with tens of thousands of hogs and other animals that can’t move through the normal food supply chain, the livestock industry is turning to rendering, the not-so-glamorous business that turns farm animals into ingredients used in everything from pet food to shampoo to biodiesel.

Rendering plants have stepped up operations and in some cases have retooled to handle bigger hogs than they normally would accept, according to the North American Renderers Association, a trade group. The sudden onslaught of extra farm animals due to meatpacking plant closures may be more than the industry can handle right away, NARA said.

With rendering on the rise, an old debate is being rekindled in farm country: What’s the most environmentally friendly and practical way to deal with large numbers of dead pigs, chickens and other animals?

Rendering companies say they win on that score because greenhouse gas emissions are much lower than from a dump or a composting facility. Putting carcasses through a rendering plant also reduces the pressure on landfills, which would otherwise overflow nationally after four years, according to NARA.

"Although there are multiple ways to safely dispose of depopulated livestock, rendering is the most sustainable solution as it prevents these animals from being wasted, or sent to a landfill," said Anna Wilkinson, director of communications for NARA, which represents big meatpackers such as Cargill Inc. and Smithfield Foods Inc., as well as less well-known players like Darling Ingredients Inc. of Irving, Texas.

"Rendering allows for the depopulated livestock to be used for new, rendered goods, such as biodiesel," Wilkinson said.

Wilkinson didn’t have a breakdown of rendering byproducts that might see a particular boost, but the range of items made from rendered pigs is exhaustive. It includes bone meal fed back to livestock and nonedible goods such as glycerin used in ink and glue, or oleic acid used in lubricants, shampoo and cleansers.

Pet food is a major destination for rendered ingredients but also limited by some pet food companies’ reliance on plants that are inspected by the Agriculture Department’s Food Safety and Inspection Service — a condition that can’t be met if animals are euthanized on the farm, an industry source said.

Industry research shows that pet food makers annually use 1.5 million tons of rendered protein ingredients worth about $563 million, including 4,000 tons of pork meal worth more than $787,000, according to the Pet Food Institute.

"It is possible that pet food makers may need to review and adjust their sourcing, though the priority will be making sure that ingredients can still be safely used without sacrificing nutrition," Pet Food Institute President and CEO Dana Brooks said in a statement to E&E News.

The animals most in need of finding outlets are hogs, which are produced on a continuous, year-round cycle. House Agriculture Chairman Collin Peterson (D-Minn.) recently told reporters as many as 160,000 pigs a day might need to be euthanized; he helped convince JBS USA to reopen a Minnesota meat plant for that task, but the plant can handle only several thousand animals a day.

Beef cattle, on the other hand, are raised in a more seasonal fashion with pasture grazing, and the National Cattlemen’s Beef Association has said its members are able to keep animals on ranches longer.

For Peterson, one of the biggest challenges is making sure animals that need to be euthanized are taken to larger facilities rather than killed on the farm — a measure that’s traumatizing for farmers and their employees and raises environmental concerns, depending on location. One farmer in his region, Peterson said, euthanized 3,000 pigs — and the task took 12 people and 10 hours of work.

"It was a mess," Peterson said. "There’s just no way you can do this on the farm."

But rendering alone can’t handle the task, say people who work in agriculture. In most of the country, farmers live too far away to ship animals to rendering plants economically.

The industry has had its own ups and downs as well, including a scare during the mad cow disease crisis in the 1990s that also clobbered the meatpacking industry.

Rendering isn’t a source for viral infection, NARA said, because carcasses are subjected to extended temperatures between 240 degrees and 290 degrees Fahrenheit — more than enough to kill pathogens.

Most farmers don’t have a direct link to renderers in a situation like this, said Thomas Bass, a livestock environment and sustainability specialist at Montana State University. In Montana, he said, rendering isn’t an option, so composting is the top choice.

But Montana hasn’t seen the type of supply chain disruptions hurting Iowa and Minnesota, for instance, since hogs raised there are mainly shipped to midsize facilities in other states for processing, he said.

If the situation changes, Bass said, composting may be the best option because when farmers do it right, the risk to groundwater is minimal or nonexistent, and the byproduct is fertilizer.

"Overall, I think it is important to recognize that site and regionally specific issues will determine the ultimate solution for the mortalities resulting from supply chain disruptions of this pandemic," Bass said. "I do know that other professionals like me are putting composting at the top of their lists, but not taking all other options off the table."

One of the biggest tolls, though, is on farmers and others who work with livestock and may suffer from post-traumatic stress disorder much as a soldier coming back from battle would, Bass said.

"Depression and PTSD are common for farmers and veterinarians during and after mass animal mortality events. Wasting animals goes against farmers’ ethics and human nature," Bass said. "It is one thing to send animals to slaughter for food and another to euthanize healthy animals because of a supply chain failure."