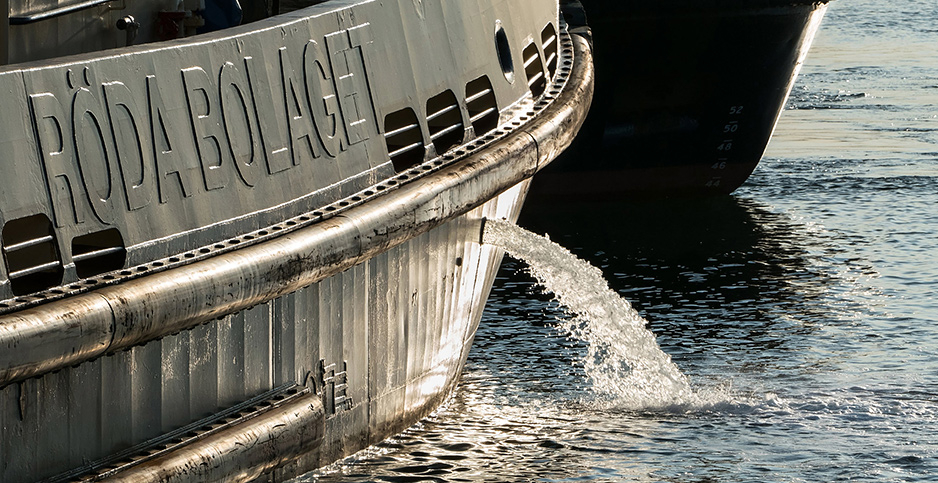 EPA has proposed new standards for ballast water. aka CJ/Flickr

EPA proposed new national standards for cracking down on pollution from commercial ships and vessels that can spread invasive species like zebra mussels in the Great Lakes.

But some environmental groups are concerned about the fate of state protections that would be preempted under EPA’s plan.

The agency’s proposed rule, which was published in the Federal Register and opened to public comment for 30 days, would set performance standards for incidental discharges from about 82,000 vessels.

Ballast water is common in the hulls of cargo ships and provides stability for the vessels in rough conditions. But the water can also carry invasive species like zebra mussels, spotted jellyfish and Japanese shore crabs, as well as bacteria and viruses.

EPA in a press release yesterday said the proposed regulations would reduce the environmental effect of discharges that are incidental to the normal operation of commercial vessels. It would also streamline the current patchwork of federal, state and local requirements that apply to the commercial vessel community, EPA said.

Specifically, the proposed rule would apply to commercial vessels greater than 79 feet in length and include discharge-specific standards for 20 different types of vessel equipment and treatment systems, as well as general performance standards that would apply more broadly to the full range of incidental discharges.

The standards stem from the Frank LoBiondo Coast Guard Authorization Act of 2018, which President Trump signed into law two years ago and included the Vessel Incidental Discharge Act, or VIDA. Under the law, EPA and the U.S. Coast Guard must establish standards to control for marine pollution and prevent discharges.

Under VIDA, EPA by the end of the year must develop national standards for incidental discharges similar to that of the agency’s 2013 vessel general permit. Two years after EPA’s standards are finalized, the Coast Guard must develop regulations for implementing the standards.

EPA’s proposed rule includes procedures for states to follow if they want to petition the agency to issue an emergency order; review a standard, regulation or policy; or request additional requirements for discharges into the Great Lakes.

But some conservation groups are warning the rule leaves out critical state-led efforts to control for invasive species.

Howard Learner, executive director of the Chicago-based Environmental Law & Policy Center, said in an email that his group would be asking EPA to extend the comment period beyond 30 days and for the agency to hold public hearings. The Great Lakes, he said, have borne the brunt of huge economic costs and environmental harms from invasive species released in ballast water discharges by large overseas commercial ships.

Learner said he is concerned EPA’s proposal "weakens previous standards even though Congress’ 2018 VIDA legislation requires that the new standards be at least as stringent" as previous EPA rules.

"The Great Lakes Congressional delegation and states are stepping up in bipartisan ways to reduce pollution and the entry of invasive species into the Great Lakes, and the EPA proposed rule shouldn’t move in the opposite direction," said Learner.

Julia Anastasio, executive director and general counsel of the Association of Clean Water Administrators, said EPA’s proposal preempts all states from having their own ballast water rules and regulations but does include a carve out for Great Lakes states to work with EPA on ballast water standards.

Molly Flanagan, vice president of policy for the Alliance for the Great Lakes, agreed the preemption of state regulations under VIDA is a long-standing concern but said a larger focus for her group is the effect the proposed rule would have on "lakers," or commercial vessels that don’t leave the Great Lakes.

Under the rule, Flanagan said all ships that remain in the Great Lakes would be exempt from having to treat ballast water, whereas the current regulations only exempt lakers built before 2009. While industry groups representing such vessels counter that they don’t introduce new invasive species because they never leave the lakes, Flanagan said studies have shown the vessels move invasives around. She also said the alliance would be asking EPA to extend its comment period.

"It would continue to expose the Great Lakes to risk of new aquatic invasive species," she said. "So they could take an invasive species in Lake Erie and move it to Lake Superior. This is actually weaker than the current vessel general permit."