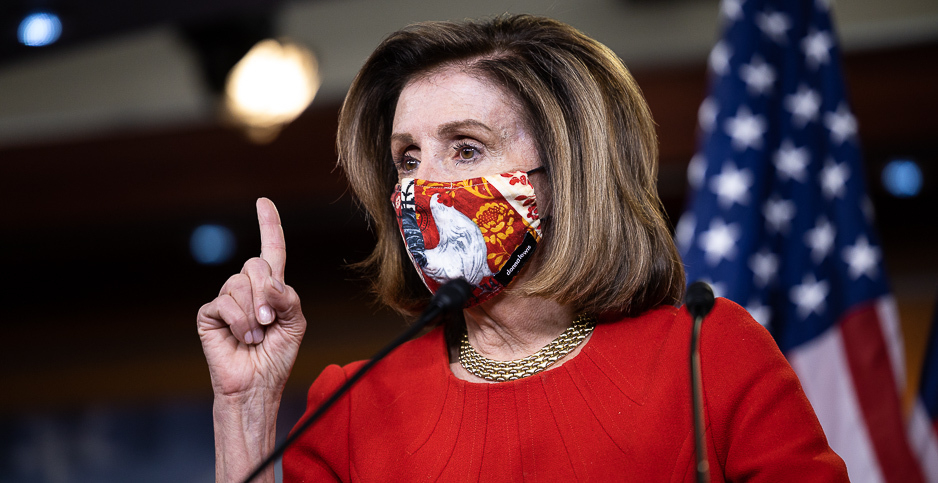 A bipartisan group of senators is scrambling to transform a $908 billion COVID-19 relief framework into legislative text that may be released as early as today, as political momentum appears to be coalescing around the last-ditch push to enact new stimulus before the end of the year.

Negotiations on a spending deal are also going on, with a continuing resolution likely needed to give negotiators more time.

Members of the Senate pandemic effort — which has grown to include five Democrats and five Republicans — said yesterday the group has spent hours on the phone daily for the last two weeks trying to strike a deal that can pass both chambers and win President Trump’s signature.

Sen. Mark Warner (D-Va.) said yesterday that text of the $908 billion framework may be released as early as today, while cautioning that it won’t make everyone happy (Greenwire, Dec. 1).

"For those of us who are Democrats, we would have preferred a bigger plan," Warner said on CNN’s "State of the Union."

"For my Republican colleagues, they would have liked the plan that [Senate Majority Leader] Mitch McConnell put out at about $500 billion," Warner said. "This is a compromise. Neither side is going to get the full amount or all the component parts that they wanted."

But with the economy struggling, the virus spreading nationwide and earlier pandemic relief programs expiring at the end of the month, "it would be what I called stupidity on steroids if Congress doesn’t act," Warner added.

Speaking on "Fox News Sunday," Sen. Bill Cassidy (R-La.) noted the bipartisan Senate effort appears to be the only viable relief plan drawing support in the closing weeks of the 116th Congress.

"President Trump has indicated that he would sign a $908 billion package," Cassidy said yesterday. "There’s only one $908 billion package out there — that’s ours. Leader McConnell has said he’s not interested in making a point, he wants something which passes into law. It only can pass into law if it’s bipartisan in the House and the Senate, and ours is."

Speaking Friday in Wilmington, Del., President-elect Joe Biden called on Congress to act before the end of the year on additional relief.

"The situation is urgent," Biden said. "If we don’t act now, the future will be bleak."

Among the sticking points for the bipartisan push is striking a deal on liability protections, which Sen. Mitt Romney (R-Utah) said last week would temporarily suspend pandemic litigation in state and federal courts to provide states enough time to develop protective standards.

"We are looking at trying to give some level of a timeout to allow states, if they want to put in place standards," he said on CNN. "We have already, for example, in Virginia put in COVID standards. That part of the discussion is vigorous and ongoing."

Cassidy yesterday pointed to conflicting initial recommendations from the Centers for Disease Control and Prevention about wearing masks to argue that businesses deserve some protection.

"We’ve got to have something, but it has to be something that we negotiate, that’s acceptable to both, and frankly, that’s one of the sticking points right now," he said on Fox News. "These are really life-and-death issues; we ought to address those quickly."

It appears that another round of direct payments to individuals won’t be part of the bipartisan proposal, which is intended to serve as a bridge into the first three months of Biden’s presidency.

Senate Minority Whip Dick Durbin (D-Ill.) said the omission of direct payments was the result of the $908 billion cap that was imposed on the push.

In an appearance on ABC’s "This Week with George Stephanopoulos," Durbin acknowledged that it was unclear whether McConnell will bring the bipartisan bill up for a vote.

"I just hope that Sen. McConnell will let us bring this matter to the floor as quickly as possible," Durbin said. "We have a lot of work to do and just a few days to do it."

McConnell has floated another roughly $500 billion proposal that does not address funding for states and localities, which would receive $160 billion in the senators’ framework.

Democrats have criticized McConnell’s plan — which includes provisions to streamline permitting for critical mineral projects — for the limited extension of expiring unemployment benefits.

Pelosi on Friday reiterated backing for the $908 billion plan as a "basis for real bicameral negotiations," adding that she hoped the upcoming text can be put into the omnibus spending measure — a rare point of agreement between her and McConnell on pandemic relief.

Pressed repeatedly on why she is now open to a much smaller package than the over $2 trillion figure she insisted on for months, Pelosi pointed to a new dynamic "that is a total game changer: a new president and a vaccine."

A one-week stopgap spending measure will emerge this week to head off a government shutdown that would otherwise kick in Friday, when the current funding resolution expires.

The continuing resolution will give negotiators more time to settle outstanding issues that are stalling the 12-bill omnibus spending deal to close out fiscal 2021.

Top House and Senate appropriators struck a deal last week on divvying up $1.4 trillion among the 12 spending subcommittees, and while most of the package is finished, talks continue on border wall funding and a few other matters.

Pelosi downplayed the possibility of a government shutdown and was confident that an omnibus deal would materialize before the end of the year. But she also indicated talks would not be driven by deadlines.

"We’ll take the time we need," she told reporters. "And we must get it done before we leave. We cannot leave without it."

While sector-specific energy relief does not appear to be on the table in relief talks, negotiations continue on a tax extenders package that could hitch a ride on the omnibus.

That effort is likely to simply be a one-year extension of lapsed and soon-to-expire incentives, although clean energy interests continue to press lawmakers for a reprieve for the renewable and extension tax credits, as well as expansions of other key breaks.

Senate Finance Chairman Chuck Grassley (R-Iowa) told reporters last week that negotiating on taxes is "very difficult because Democrats see every one of these tax extenders as just helping businesses, they don’t see it for the jobs that it creates."

Separately, negotiations continue on energy innovation provisions from the Senate Energy and Natural Resources Committee’s bipartisan package, S. 2657, and a House-passed clean energy bill, H.R. 4447, with the hopes of enacting an innovation-focused deal before the next Congress.

An aide to outgoing Senate ENR Chairwoman Lisa Murkowski said Friday that passing the panel’s package this year remains a priority for the Alaskan, who is stepping down as top Republican on the panel after 12 years to comply with caucus term limits.