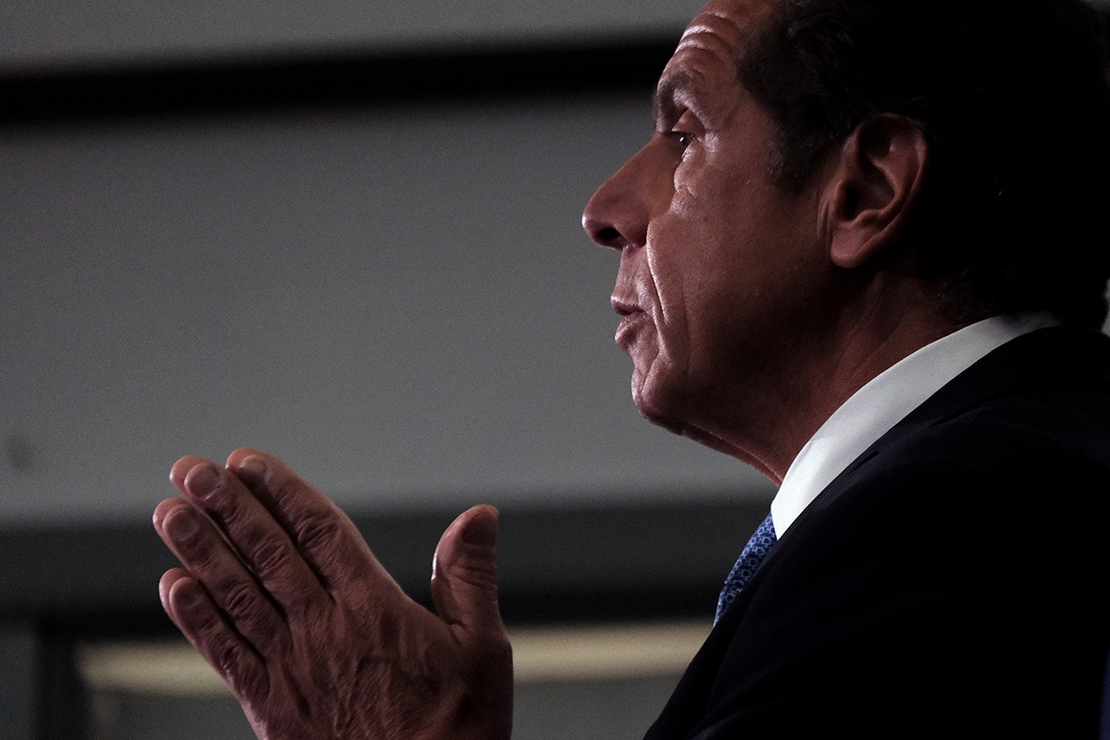 New York Democratic Gov. Andrew Cuomo announced today he will resign, following numerous allegations of sexual harassment and assault by women who worked with or for him, and growing attempts to push him out of office.

Cuomo, the son of a former New York governor, served for more than a decade, overseeing the state’s response to Superstorm Sandy and development of some of the most aggressive climate change policies in the country, including a law to cut the power sector’s greenhouse gas emissions 70% in 2030.

He had been under pressure to step down for months as news of the sexual misconduct allegations grew. But last week’s report from Attorney General Letitia James (D) outlined and substantiated accusations from 11 women, including some whom Cuomo or his staff are accused of retaliating against.

“I think that given the circumstances, the best way I can help now is if I step aside and let government get back to governing,” he said in a televised speech this morning, mentioning moves in the Legislature to remove him from office. “I work for you, and doing the right thing is doing the right thing for you.”

Cuomo denied how his actions were characterized or that they were criminal, calling accusations “false” and filled with “serious issues and flaws,” but admitted that he crossed lines.

“I take full responsibility for my actions. I have been too familiar with people. My sense of humor can be insensitive and off-putting. I do hug and kiss people casually, women and men. I have done it all my life. It’s who I’ve been since I can remember,” he said. “In my mind, I’ve never crossed the line with anyone. But I didn’t realize the extent to which the line has been redrawn.”

He is the son of the late Mario Cuomo, who was a major force in New York Democratic politics and served as governor from 1983 to 1994. The younger Cuomo previously was the United States secretary of Housing and Urban Development under President Clinton, and later was New York’s attorney general.

Cuomo has stated in recent years that fighting climate change and other environmental problems is a priority. Environmentalists have generally welcomed his actions, while the fossil fuel industry has characterized him as a major roadblock to increasing energy access.

He earned significant praise in the environmental community in 2014 when he banned hydraulic fracturing. That action made New York the second state to ban fracking, after Vermont. But the gas industry, and some residents of the areas that could have hosted fracking, still see Cuomo’s decision as an unnecessary limit on economic activity in the region.

He also helped usher in the shutdown of the Indian Point Energy Center, a nuclear plant about 35 miles north of New York City, which he and others argued could threaten the city in the case of an accident. The two generating units, one of which shut down last year and the other planned for this year, have been a major source of carbon-free electricity for the state.

Cuomo helped push for the state’s Climate Leadership and Community Protection Act, which passed in 2019, setting a goal for New York to reach net-zero greenhouse gas emissions by 2050, and 70% clean electricity by 2030. He’s worked to push offshore wind off the state’s coast, and worked to set a goal for the state to develop 9 gigawatts of offshore wind capacity by 2035, the highest goal of any state.

His most recent budget proposal from earlier this year eyed reducing review hurdles for renewable energy projects. But it also would let New York City landlords purchase credits to avoid cutting emissions from their buildings.

Cuomo often cites 2012’s Superstorm Sandy in his climate policies, as the type of climate-linked disaster he wants to work to both stop and mitigate the effects from. The storm inflicted billions of dollars of damage to New York City and nearby areas, and some places have not fully recovered.

He also has touted his work to ban single-use plastic bags and foam food containers. But progressives have frequently criticized Cuomo for not doing more, particularly in areas like environmental justice and quickly implementing the 2019 climate law.

For example, advocates have been pushing Cuomo and lawmakers to put significant new funding toward transitioning away from fossil fuels, as called for in the 2019 law, but haven’t succeeded so far.

“The scale of the climate crisis is enormous and only compounded by the pandemic and recession. The Legislature and governor have not met the urgency of the moment,” NY Renews, an environmental justice group, said earlier this year.

He was also accused of dropping the ball on per- and polyfluoroalkyl substance (PFAS) contamination found in the drinking water of Hoosick Falls in 2015 and standing in the way of the federal EPA’s efforts there, as well as dismissing PFAS concerns in Newburgh.

Hochul, who has worked in various levels of government including the U.S. House, said she agreed with Cuomo’s decision. “It is the right thing to do and in the best interest of New Yorkers,” she tweeted, saying she is prepared to take over as governor.

Cuomo called Hochul “smart and competent” and called for a “seamless” transition.

New York League of Conservation Voters President Julie Tighe said the group “looks forward to working with our first female incoming governor Kathy Hochul, who has long been committed to the environment and we have been proud to work with.”

“We know that she will continue New York’s leadership on climate change, creating green, good-paying jobs, and protecting New York for future generations,” she said in a statement. “As a woman, I’m personally excited that we are finally breaking the glass ceiling in New York’s highest office and look forward to a new era under her leadership.”