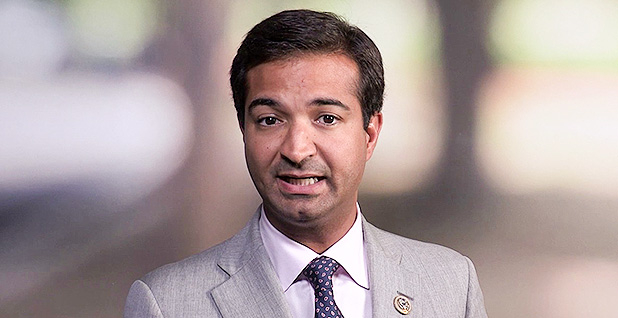 Former Republican Rep. Carlos Curbelo is taking on his third climate change-related post in the advocacy world, just a few months after he was voted out of his South Florida seat.

Curbelo is joining DEPLOY/US, a nonprofit pushing for bipartisan climate solutions, as a senior adviser, the group announced yesterday.

"Climate change — and, more importantly, climate solutions and clean energy — has been misbranded as a partisan issue," Curbelo said in a statement. "I believe that DEPLOY/US’ combination of bipartisan vision and its unique strategy to support the right-of-center organizations driving innovative solutions to tackle climate change is smart, timely, and much needed."

Curbelo was the most prominent Republican voice on climate during his four years on Capitol Hill. His work on the climate caucus culminated last summer in the "MARKET CHOICE Act," a bill that would have put a $24-per-ton price on carbon and used the cash to help fund the Highway Trust Fund.

Curbelo has also been critical of what he terms "alarmism" from more liberal climate hawks. But the former lawmaker said his work at DEPLOY/US will move the ball forward "at a moment of national urgency and opportunity."