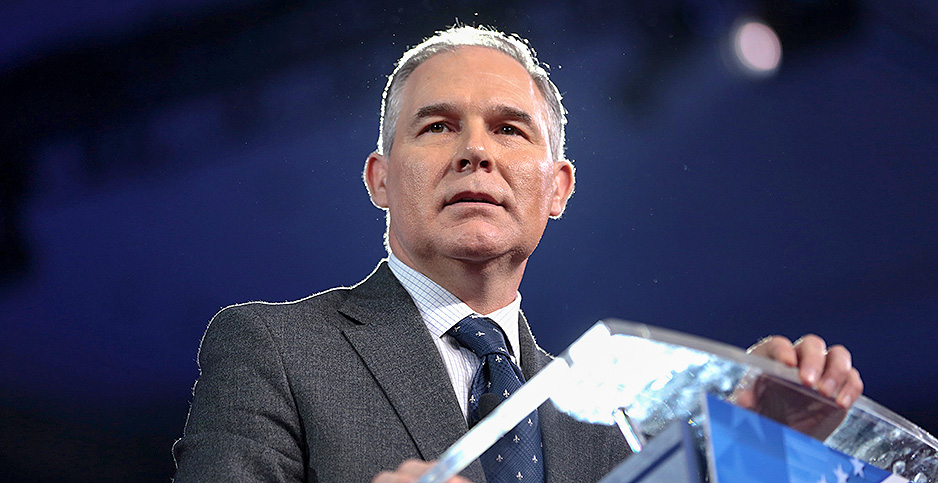 A panel of judges for the U.S. Court of Appeals for the District of Columbia Circuit unanimously decided that a 2017 directive from former EPA Administrator Scott Pruitt blocking recipients of agency funding from sitting on its Science Advisory Board and other powerful panels is reviewable and sent the dispute back to a lower bench.

"Even the Directive itself agrees that ‘it is in the public interest to select the most qualified, knowledgeable, and experienced candidates,’" Judge David Tatel wrote in an opinion issued this morning.

"Yet the Directive nowhere confronts the possibility that excluding grant recipients — that is, individuals who EPA has independently deemed qualified enough to receive competitive funding — from advisory committees might exclude those very candidates."

Tatel, who was appointed to the court under the Clinton administration, emphasized that the court’s role was not to determine whether EPA’s policy reduces the pool of available experts but whether the agency has offered sufficient explanation for its directive.

"And in failing to grapple with how EPA’s policy affected its statutory scientific mandates, the Directive ‘failed to consider an important aspect of the problem,’" Tatel wrote.

The decision stems from a lawsuit filed by EPA grant recipients who formerly served on EPA advisory boards and nonprofit groups such as Physicians for Social Responsibility and the National Hispanic Medical Association.

During oral arguments earlier this year, the panel grilled the parties in the case on whether they had the power to scrutinize an internal policy (Greenwire, Feb. 19).

After some initial courtroom losses, environmental advocates have gained ground on the issue. The 1st U.S. Circuit Court of Appeals last month instructed a lower bench to reconsider its determination that EPA’s policy was not judicially reviewable.

And a judge for the U.S. District Court for the Southern District of New York said last week that EPA may no longer bar grant recipients from serving as scientific advisers for the agency.

EPA at the time said it was reviewing the New York district court’s ruling and was continuing to fight the challenges to its policy in several courts (Greenwire, April 16).

"The court reaffirmed the critical role of independent science committees at the Environmental Protection Agency, rejected this administration’s extreme argument that it has unreviewable discretion to dismiss independent scientists, and ruled that EPA’s policy of disqualifying leading scientific experts is irrational and illegal."