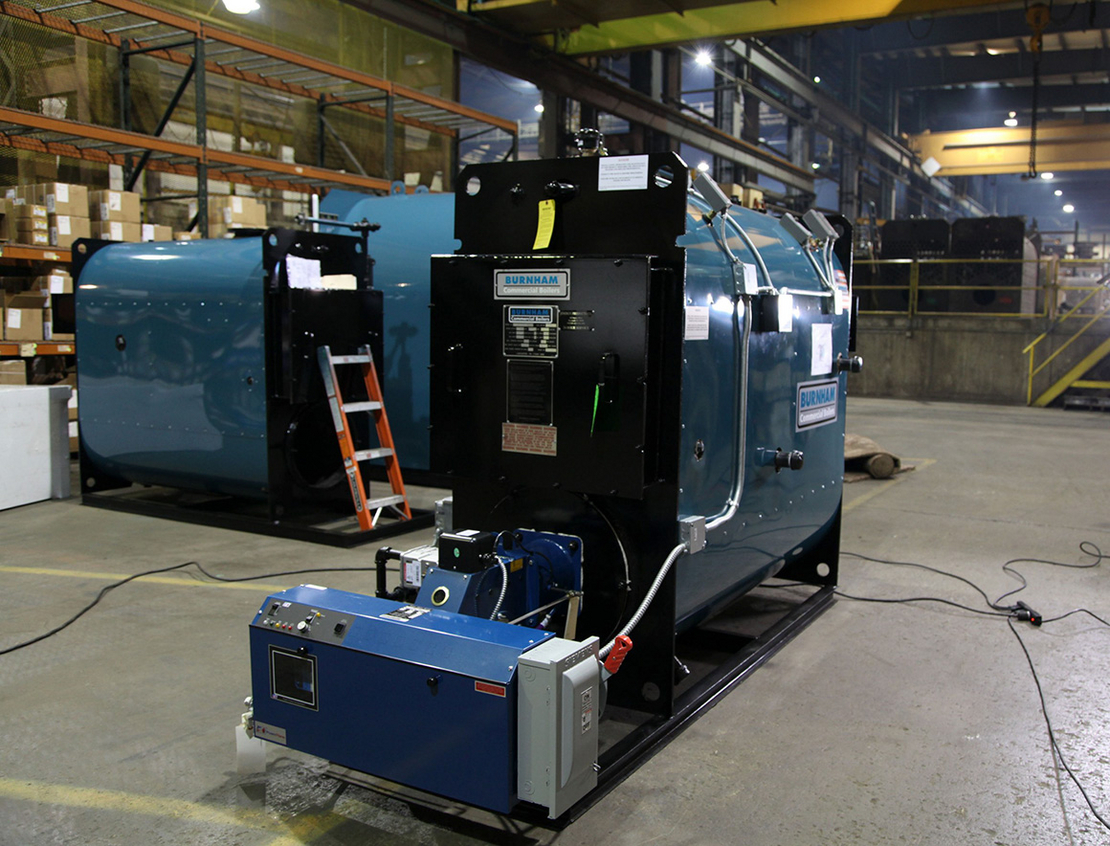 A federal court yesterday weighed whether to send the Department of Energy back to the drawing board for an energy efficiency rule for commercial packaged boilers. Burnham Commercial Boilers

A federal court yesterday appeared likely to send the Energy Department back to work on boiler efficiency standards in response to an industry challenge.

During oral arguments before the U.S. Court of Appeals for the District of Columbia Circuit, the American Public Gas Association and other groups argued that DOE had failed to show that increasing the efficiency of boilers used to heat commercial and institutional buildings was economically justified under the Energy Policy and Conservation Act (EPCA).

DOE had decided to tighten requirements for eight out of 12 classes of commercial packaged boilers after completing a six-year review of the existing standards, as required under the law.

Judges for the D.C. Circuit yesterday appeared open to allowing DOE to correct any problems by sending the standards back to the agency, although Senior Judge Douglas Ginsburg warned against letting a remanded rule "languish for years."

"Here we have a rule going into effect in 2023," he said. "Don’t you think we ought to put a deadline to issue its revised regulation expeditiously?"

Jack Starcher, a Justice Department attorney representing DOE, agreed the court could impose a reasonable deadline and the agency would abide by it.

"What if we said 90 days?" asked Ginsburg, a Reagan appointee. "We have a possible resolution for that."

Industry challengers in the case maintained that the rule should instead be tossed out.

Vacating the rule is necessary to "remedy serious legal errors," said Stephanie Weiner, an attorney for the Air-Conditioning, Heating and Refrigeration Institute.

DOE failed to meet a statutory requirement to provide "clear and convincing evidence" that the agency should strengthen requirements beyond the minimum performance standards already set by the American Society of Heating, Refrigerating and Air-Conditioning Engineers (ASHRAE), she argued.

"Vacatur is not disruptive," Weiner said. "The standards haven’t gone into effect yet. These products will remain regulated by the society."

Under EPCA, DOE is required to show that setting new standards would lead to significant energy conservation. The rules must be technologically feasible and economically justified in order to supersede ASHRAE standards, which form the basis for most state and local building codes.

"As I read the statute, Congress, it seems to me, clearly intends for these standards to be revisited and potentially be revised, even if the society doesn’t touch them," said Jackson, a Biden appointee.

"So it seems that maintaining the status quo goes against the intent of Congress," she added.

Weiner conceded that Congress did want the rules to be periodically revisited. But, she added, Congress also required clear and convincing evidence that the standards had to be revised.

The judges pushed back on the industry group’s argument that DOE had not actually applied the "clear and convincing" standard in its review process.

DOE had previously argued that it was not required to provide clear and convincing evidence because the stricter standards were part of the six-year review, whereas more evidence would be necessary if the agency was drafting a new regulation. Starcher downplayed DOE’s earlier position, saying it was made in response to public comments on the rule.

"I see no affirmative representation that the agency is doing anything other than applying clear and convincing evidence," Jackson said.

The panel also pressed the rule’s challengers to present a better way for DOE to measure whether the rule was economically justified.

The American Public Gas Association and other challengers said the agency had improperly assumed that those purchasing commercial packaged boilers did not take efficiency into account when they made buying decisions.

But after repeated questioning from Jackson and Ginsburg, an attorney for other industry challengers in the case did not present a better alternative method.

"There is nothing wrong with the model," said Barton Day, who represented the natural gas company Spire Inc. and Spire Missouri in the case. "It’s just the garbage that went in."

Starcher, the DOJ attorney, noted that DOE was doing its best to model purchasing with the data it had available and expressed confidence that the agency’s modeling was accurate.

He said a "huge amount" of boiler purchases are made to replace existing boilers, and a large number of those are emergency replacements.

"It’s absurd to think an owner is engaging in this careful process" in an emergency situation, Starcher said.

Ginsburg also pushed for more information about how much DOE would have to update the information in its regulatory analysis. He pointed to outdated predictions for gas prices in the rule, which was drafted in 2016 but not published in the Federal Register until last year.

"Once we remand, the record is potentially opened," said Ginsburg. "Would it be a failure to open the record?"

Michelle Wu, a Natural Resources Defense Council attorney arguing for environmental groups supporting the DOE rule, said the agency could still rely on the record it used at the time the rule was drafted. The court could require the agency to offer a more complete explanation and set deadlines to update the rule, she added.

Wu urged the court not to scrap the rule altogether, saying that tossing out the regulation would cause environmental harm.

"It would leave less efficient boilers on the books longer, even though these standards are long overdue," Wu said.