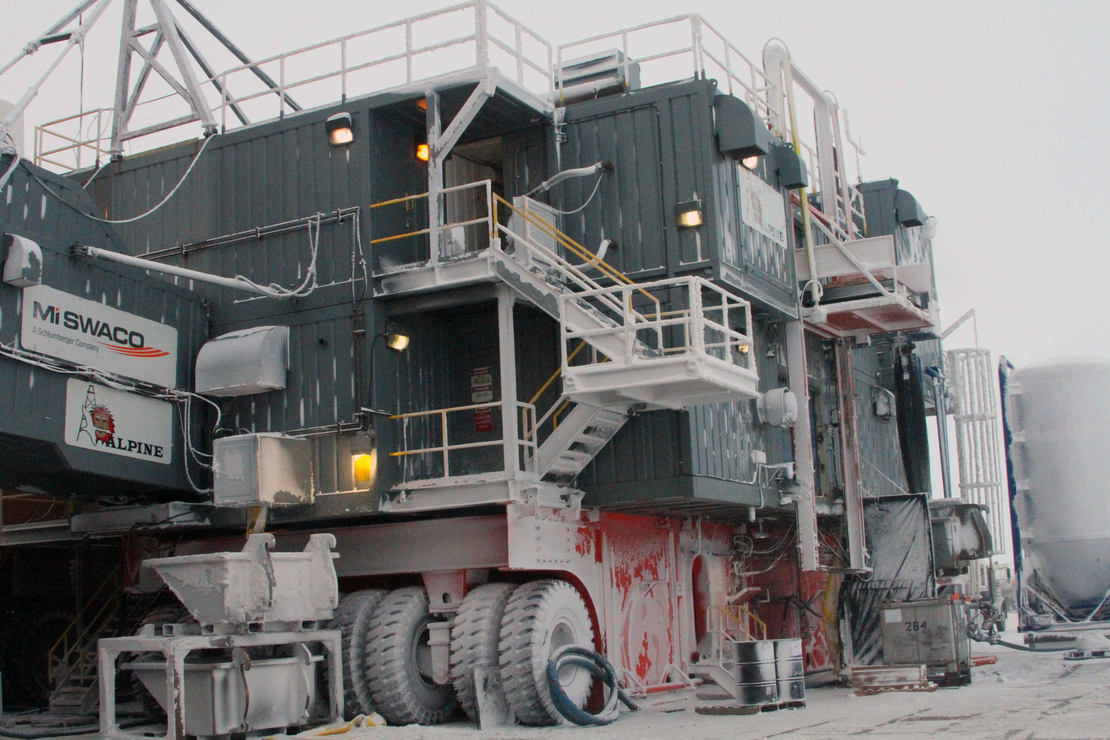 This 2016 photo shows a drilling rig at a site on Alaska's North Slope. AP Photo/Mark Thiessen

Federal judges Wednesday pressed energy regulators for an update on their plans to use a contested metric to evaluate the costs of spewing planet-warming emissions from natural gas projects.

During oral arguments over the Federal Energy Regulatory Commission’s assessment of the climate risks of a liquefied natural gas export facility in Alaska, three judges of the U.S. Court of Appeals for the District of Columbia Circuit appeared skeptical of green groups’ argument that the agency should have explained its views on the social cost of greenhouse gas estimates in its National Environmental Policy Act review.

“There is a lurking question here, and that is: whose estimate?” said Senior Judge A. Raymond Randolph. “The Obama administration was the first to introduce the concept, and they estimated $43 per ton.”

Environmental advocates have called for FERC in recent D.C. Circuit cases to adopt the metric, or a similar approach, as part of the agency’s plans to evaluate projects deemed to have significant climate impact. The Biden administration’s use of an interim social cost value is embroiled in separate litigation as the federal government works to finalize a new estimate.

In the Alaska LNG case, the Center for Biological Diversity and the Sierra Club argued that a prior D.C. Circuit ruling required FERC to at least offer an explanation of why it was not using the metric to assess the project.

The groups also raised other concerns about the agency’s NEPA analysis of the proposed Alaska Gasline Development Corp. project, which the environmental challengers say is the largest natural gas facility ever approved by FERC. The project would transport 3.9 billion cubic feet of natural gas per day produced in Alaska’s North Slope via an 800-mile pipeline to liquefaction facilities in the Kenai Peninsula.

Altogether, the facility could export up to 20 million metric tons of LNG per year.

FERC attorney Matthew Glover told the D.C. Circuit that there was “no quantifiable number” for FERC to use for a social cost of carbon estimate.

He noted that the agency had previously stated that it did not think the metric would be helpful for addressing specific project impacts.

Glover replied that FERC has not yet finalized its draft policy statement for how to assess projects deemed to be significant greenhouse gas emissions sources.

FERC also rejected the argument from environmental challengers that the agency had failed to comply with precedent set by a 2021 D.C. Circuit ruling on the NEPA analysis for a proposed LNG project in Texas.

In the earlier case, the court found that FERC had an obligation under NEPA compliance rules to state why it didn’t use the social cost metric or attempt to address concerns about its failure to do so. The court then sent the analysis back to FERC (Energywire, Aug. 4, 2021)

When asked by Judge Neomi Rao about the status of Texas LNG project analysis, Glover replied that it was still under consideration.

Rao, a Trump pick, questioned whether the environmental challengers even had grounds to bring the social cost of carbon argument before the court. While the groups had raised the use of the social cost metric, the argument that FERC needed to follow NEPA compliance rules was “only mentioned in passing,” she said.

Randolph appeared unconvinced by the green groups’ claims that FERC had conducted an inadequate analysis of the impacts of vessel noise and construction on an endangered population of Cook Inlet beluga whales.

Why, if there were 200,000 belugas in the Arctic and sub-Arctic, did the impact to this one group of 297 whales matter, he asked.

Randolph said that people often forget that all NEPA requires is an “eyes open” analysis, so a project that kills belugas wouldn’t necessarily violate the statute.

Rao also appeared skeptical of the environmental challengers’ argument that FERC improperly determined that even if the Alaska LNG project were not approved under a so-called no action alternative, another was likely to be built in its place.

“Isn’t FERC’s obligation to look at reasonable alternatives?” Rao said. “Here there is a purpose to bring natural gas from northern Alaska down south, so a true no-action alternative wouldn’t serve the project.”

Erin Colón, a senior attorney at Earthjustice who represented the environmental groups, said FERC had never recanted its position that a similar project would be built regardless to transport natural gas from the North Slope.

“It is prejudging that a similar project would be built,” Colón said. “The court has to be convinced that FERC understood the impact of its decision here.”

Randolph asked why an agency couldn’t just say that if no action was taken, “nothing is going to change.”

He added: “I find this business of a no-action alternative difficult to understand.”