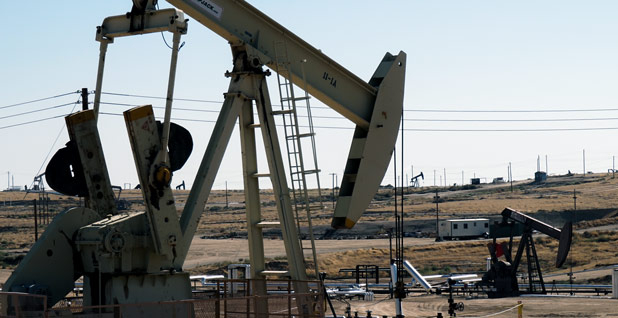 The U.S. Court of Appeals for the District of Columbia Circuit agreed with environmentalists that EPA lacked authority under the Clean Air Act to issue the 90-day administrative stay of the rule.

EPA’s decision was "arbitrary and capricious" under the law, the three-judge panel ruled.

The Obama administration issued the standards in 2016 to halt leaks of methane, a potent greenhouse gas, from new oil and gas operations. The rule also aimed to reduce emissions of volatile organic compounds that contribute to the formation of smog.

Pruitt’s decision came after EPA granted requests by energy industry trade groups to reconsider parts of the rule (Greenwire, May 31). He then announced EPA would further delay those provisions by two years (Energywire, June 14).

Green groups — the Clean Air Council, Earthworks, the Environmental Defense Fund, the Environmental Integrity Project, the Natural Resources Defense Council and the Sierra Club — filed a lawsuit over the first delay, along with an emergency motion to overturn EPA’s decision and put the standards back in place (Greenwire, June 5).

A group of states led by Massachusetts lined up behind the environmental groups, while companies and a separate coalition of states led by West Virginia said they supported Pruitt’s position.

But in court documents, environmentalists argued the energy industry’s reconsideration request was invalid because the issues it raised had already been extensively hashed out during the Obama rulemaking process. The D.C. Circuit agreed in today’s per curiam opinion.

The administrative record, according to the court, "makes clear that industry groups had ample opportunity to comment on all four issues on which EPA granted reconsideration, and indeed, that in several instances the agency incorporated those comments directly into the final rule."

The panel, though, emphasized that "nothing in this opinion" prevents the Trump administration from reconsidering the methane curbs using formal rulemaking procedures.

"It is free to do so as long as ‘the new policy is permissible under the statute … , there are good reasons for it, and … the agency believes it to be better,’" the court said.

Brown issued a dissenting opinion, disagreeing with her colleagues that the court had jurisdiction to hear the case in the first place.

She wrote that EPA’s decision to delay implementation was not a final agency action subject to court review.

"I would dismiss the Environmental Petitioners’ motion on the grounds that we lack jurisdiction to review EPA’s stay, and not reach the remaining issues," Brown wrote.