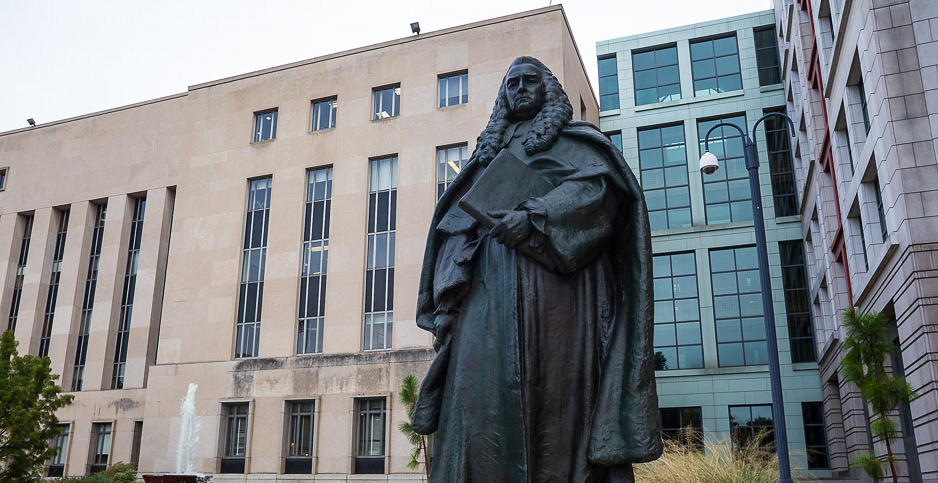 The Trump administration went too far when it completely scrapped Obama-era climate rules that were only partly struck down during an earlier round of litigation, a federal appeals court said today.

In a 2-1 decision this morning, the U.S. Court of Appeals for the District of Columbia Circuit determined that Trump’s EPA overstepped in 2018 when it completely set aside a 2015 rule blocking the use of hydrofluorocarbons (HFCs) as replacements for ozone-depleting substances.

An earlier D.C. Circuit ruling, Mexichem Fluor Inc. v. EPA, said EPA could not apply that requirement to regulated entities that had already made the switch to HFCs, which are now known to be potent greenhouse gases.

"The 2018 Rule goes further than Mexichem by instituting a complete vacatur of the 2015 Rule’s HFC listings," D.C. Circuit Chief Judge Sri Srinivasan wrote in an opinion issued this morning.

"And vacating those listings has the effect of suspending regulatory requirements, which qualifies as determining legal rights or obligations and carrying legal consequences for purposes of the second finality prong."

During oral arguments last spring, attorneys for the Natural Resources Defense Council told the D.C. Circuit that EPA had illegally tossed the HFC regulation without public input, resulting in the production of thousands of noncompliant appliances (Greenwire, May 3, 2019).

Srinivasan, an Obama appointee, agreed with challengers’ arguments that, among other things, EPA could not amend the 2015 rule without complying with notice-and-comment requirements.

During arguments, the president’s former regulatory chief seemed skeptical of environmentalists’ arguments that EPA’s rollback of the HFC rule was really a final agency action that the court could review.

In her dissenting opinion, Rao said that while she agreed the Trump administration’s change was a final action subject to judicial review, she was not persuaded that EPA needed to go through the public comment process.

"Unlike the majority, however, I would classify the 2018 Guidance as an interpretive rule that did not create new rights or obligations and did no more than articulate the EPA’s view of what was required by Mexichem in the ‘near term’ and pending further rulemaking," Rao wrote.

"Because the 2018 Guidance was an interpretive rule, notice and comment was not necessary."

She added that EPA’s decision to scrap the HFC rule "was effectively compelled" by the D.C. Circuit’s earlier ruling in Mexichem.

"The decision is an important victory for climate," he said. "It restores common-sense restrictions on HFC use that EPA had illegally removed."

EPA said it is reviewing the ruling.