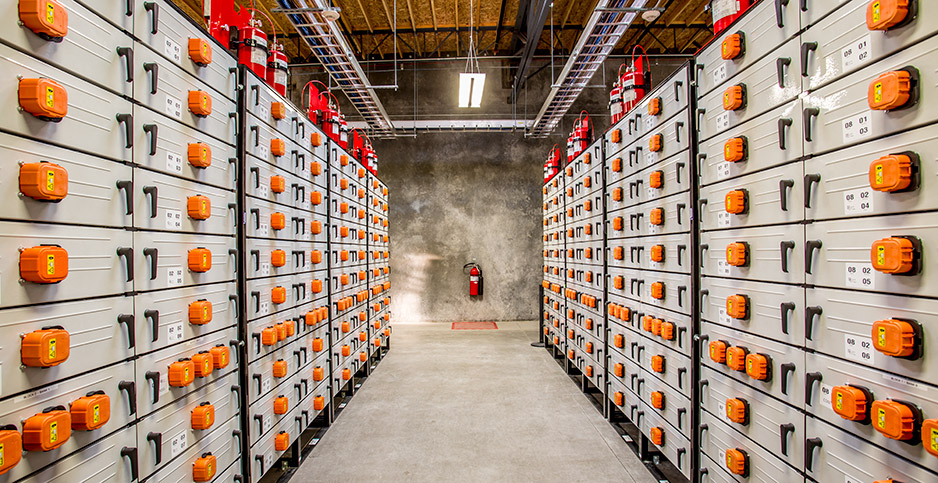 A federal court's decision to uphold the Federal Energy Regulatory Commission's energy storage rule could remove barriers for grid-level storage technologies, but analysts warn that it's not a silver bullet. Rows of battery racks at a Portland General Electric facility in Salem, Ore., are pictured. PNNL/Portland General Electric/Flickr

But how much will the order really boost technologies like batteries?

"I don’t know that there’s going to be a big immediate effect," said Glenn Benson, a partner with the law firm BakerHostetler who specializes in energy regulation. "It will help reduce the uncertainty and risks in investing in storage projects. But it doesn’t fix the problem of making [storage] cost-effective."

In its ruling, the U.S. Court of Appeals for the District of Columbia Circuit said the commission had acted squarely within its power in drafting Order No. 841 to reduce barriers for energy storage resources, or ESRs, to access the federal wholesale electricity markets (Energywire, July 13).

The agency’s order allows energy storage technologies to participate in wholesale markets, which could provide an extra financial boost for developers and reduce overall prices for consumers, analysts say.

Yet according to Benson, while the order prevents states from outright banning storage developers from participating in wholesale markets, it doesn’t address other avenues through which states could hamper storage participation.

"It leaves open the possibility of states erecting all sorts of other barriers," he said. "So this is just the first of what could be many future battles."

For the National Association of Regulatory Utility Commissioners (NARUC) and other utility groups, the order also is an example of federal overreach.

"We believe that the jurisdiction over local distribution facilities left to state and local authorities under the Federal Power Act includes the authority to determine whether those facilities may be used by electric storage resources to access FERC-regulated wholesale markets," Delia Patterson, APPA’s senior vice president for advocacy and communication, said in an emailed statement.

Patterson said APPA is encouraged that the court emphasized that state and local regulators retain authority over safety, reliability and other aspects of storage’s use of the distribution system, but also warned that further litigation may be coming over the order.

‘Beyond the moon thrilled’

FERC Chairman Neil Chatterjee praised the court’s decision, calling the order the "single most important act" the commission could take to "ensure a smooth transition to a clean energy future."

Kelly Speakes-Backman, CEO of the U.S. Energy Storage Association, said the move provides "one more tool that states can take advantage of in holding down costs for consumers."

"Storage is there to help the entirety of the grid, but especially firming intermittent resources like solar and wind," she said. "So we’re beyond the moon thrilled."

"Preserving the authority of the states to design these comprehensive programs, while opening wholesale markets to participation by innovative distributed energy technologies, provides a strong foundation for maximizing their utilization for the benefits of all customers and the reliability and resilience of the grid," he said.

When the commission issued Order No. 841 in 2018, the Brattle Group estimated that if costs continued to decrease over the next decade, the storage market had the potential to grow to 50,000 MW.

Kim Smaczniak, managing attorney of Earthjustice’s Clean Energy Program, said a key component in realizing that investment is for states to not stand in the way.

FERC’s storage order is very narrow and does not address barriers that exist for other resources, like distributed generation and demand response, she said. The court’s decision could pave the way for those resources, as well, she added.

"The D.C. Circuit decision makes it very difficult for FERC to give states authority to issue opt-outs for DERs in a future rule and calls into question the validity of existing opt-outs for demand response," she said.

"The market rules were drafted with generation and transmission in mind and not these types of storage resources," he said. "The whole reason behind the FERC order, as often happens, is the regulations and rules were lagging far behind where the industry has advanced technologically."