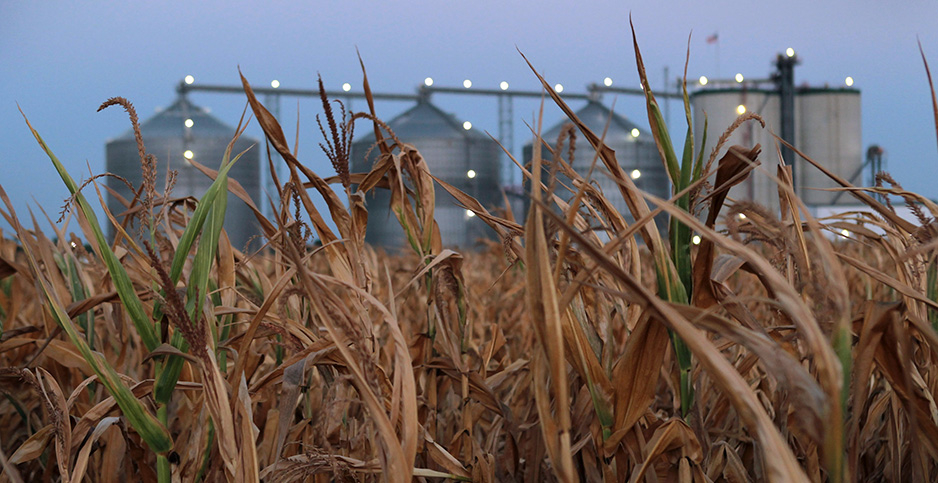 The Trump administration’s EPA overstepped its authority when it lifted seasonal restrictions on the sale of higher-ethanol fuel, a federal court ruled today.

A three-judge panel of the U.S. Court of Appeals for the District of Columbia Circuit said EPA went beyond the intent of Congress in 2019 in reinterpreting regulations in order to allow 15% ethanol fuel to be sold year-round throughout the country — a policy change that was the biofuel industry’s biggest victory during the Trump administration.

In an opinion written by Judge Judith Rogers, a Clinton appointee, the court focused on legislative language related to limits on the volatility of gasoline — called Reid vapor pressure — and the impact of ethanol blending.

Most gasoline sold in the U.S. contains 10% ethanol, which is allowed year-round by the RVP-related rules. EPA opened the way to sales of E10 in 1979.

But E15 came on the market later, around 2010, and EPA allowed it during winter months through a waiver provision in the law.

At the direction of President Trump, EPA found a way to use the waiver provision to allow year-round sales as well — a move the American Fuel & Petrochemical Manufacturers challenged in court (Greenwire, May 31, 2019).

The ruling means summer sales could soon be restricted again, depending on how the decision is implemented. Biofuel groups said it’s not certain how the ruling will affect the rest of this summer.

"We are glad the Court unanimously found that EPA lacks the authority to grant an RVP waiver to fuel containing more than 10 percent ethanol, consistent with how EPA interpreted its authority for nearly 30 years prior," said the group’s CEO, Chet Thompson, in a statement.

"There is no ambiguity in the statute and the previous administration’s reinterpretation overstepped the will of Congress," he said.

Biofuel groups disagreed with the decision and said they’d look for ways to keep E15 on the market for summer. The ruling "could deprive American drivers of lower carbon options at the pump and would result in more carbon in the atmosphere," said three groups — the National Corn Growers Association, the Renewable Fuels Association and Growth Energy — in a joint statement.

They added: "We are pursuing all available options and will work with the administration and our congressional champions to ensure that we have a solution in place before the 2022 driving season."

Spurred by the support for E15 from EPA, some service stations have begun installing equipment to accommodate the sales. And EPA has been crafting regulations to make labels on the pumps more clear.

Among other issues in the case, the petroleum industry and biofuel groups disagreed about whether the 10% ethanol level envisioned in the law was a floor or a ceiling or a precise directive, and the judges sided with the petroleum groups.

"Consider a label that a bottle of wine ‘contains 10% alcohol by volume,’" the court said. "No one would understand that number to be other than a literal statement of the actual amount of alcohol in a serving. By contrast, the label would be misleading if the wine contained only 5% alcohol or 15% alcohol."

Congress specifically mentioned E10 in the law but didn’t modify it with phrases such as "at least" or "not more than," and had in fact removed such a reference that appeared in an earlier House version of the legislation, the court said.

While E15 isn’t widely available everywhere in the country, it’s become more common in the past few years, and the industry considers year-round availability critical to its growth. Trump often cited his moves on E15 as a prime example of support for farmers, and the Biden administration has followed suit.

In its budget request for fiscal 2022, the Biden administration called for more infrastructure to support E15. And Agriculture Secretary Tom Vilsack has revived efforts within his office to provide help on blender pumps and other equipment.

Today’s court loss was the second in recent weeks for biofuels. In June, the Supreme Court said EPA can grant biofuel-blending exemptions to small refiners that claim financial hardship, even when they’ve allowed a prior exemption to expire.

Losses in the courtroom are beginning to lead to responses on Capitol Hill, although the prospects for legislation boosting biofuels are murky.

In the latest proposal, Reps. Randy Feenstra (R-Iowa) and Angie Craig (D-Minn.) introduced the "Small Refinery Exemption Clarification Act," H.R. 4313, which would restrict small-refinery waivers to extensions of those continuously in place since 2011.