Dangerous heat exposure has tripled since the 1980s 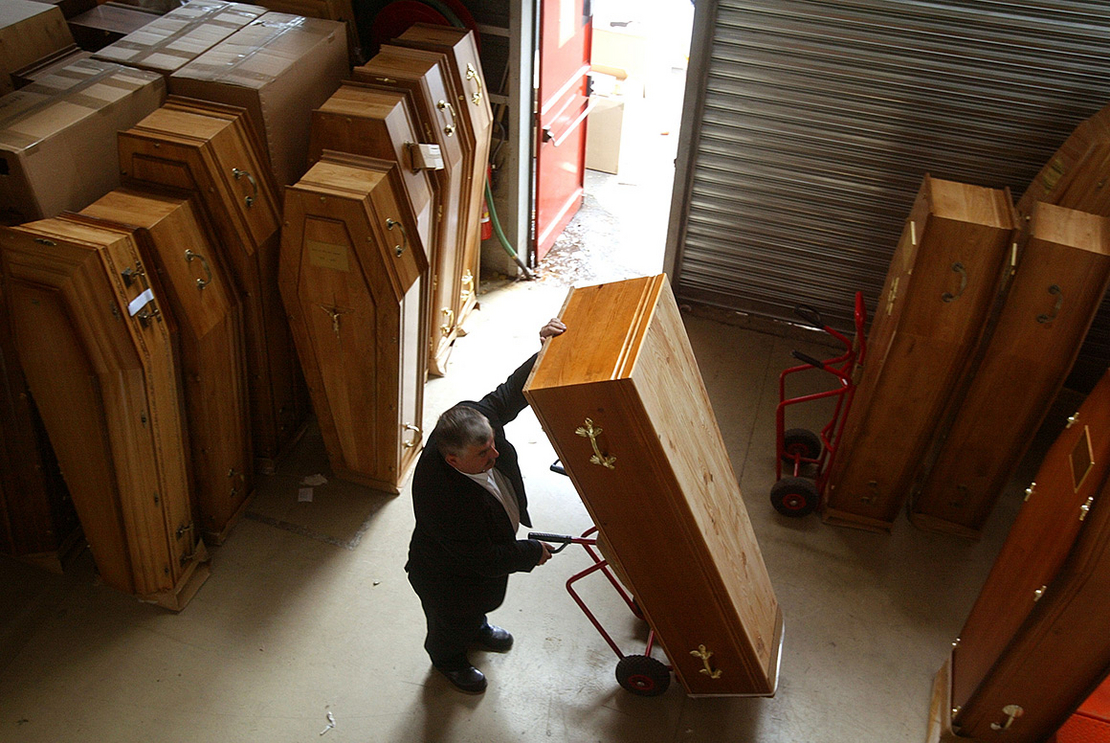 An undertaker moves coffins during a heat wave that killed 10,000 people in France in 2003. New research suggests that more people are exposed to dangerous heat. Pascal Le Segretain/Getty Images

Human exposure to dangerous heat has risen astronomically worldwide over the last few decades, according to new research.

Between 1983 and 2016, annual exposure has tripled, as measured in “person-days,” a metric indicating how many people are exposed to extreme heat over how many days.

Both population growth and urban warming are to blame.

The study, published yesterday in Proceedings of the National Academy of Sciences, examined satellite data on temperature and humidity in more than 13,000 cities across the globe. The researchers then used the data to construct a timeline of daily wet-bulb temperatures, a measurement accounting for both heat and humidity, as well as wind conditions and other factors. It’s somewhat similar to the concept of a heat index.

Wet-bulb temperature is an important metric when it comes to public health. The combination of both strong heat and severe humidity can make weather conditions more dangerous for humans than high temperatures alone. High humidity can inhibit the body’s ability to cool itself through sweating.

The study defined “extreme heat” as any wet-bulb temperature above 30 degrees Celsius, or around 86 degrees Fahrenheit, a threshold beyond which humans are at significant risk for heat-related illness or death.

A wet bulb temperature of 86 F can feel, to the human body, like it’s well over 100 degrees.

The researchers then calculated the number of person-days per year that each city experienced dangerous heat by multiplying the number of days the wet-bulb temperature exceeded 30 C by the total urban population.

Altogether, about 46 percent of all the cities surveyed — accounting for nearly a quarter of the entire planet’s population — saw an increase in extreme heat exposure over the last three decades. On average worldwide, the study found that exposure has increased threefold since the 1980s, from about 40 billion person-days to 119 billion.

The researchers estimate that about two-thirds of those additional person-days were due to population growth, while the other third can be attributed to warming.

That’s at a global scale. Zooming into individual cities, the researchers found that there was a lot of variation from one place to the next.

Much of the increase in heat exposure occurred in cities clustered in the low latitudes — warmer regions closer to the equator.

Even within regions, no two cities are exactly alike. Kolkata and Delhi, for instance — both in India — experienced a similar increase in extreme heat exposure. But nearly 75 percent of Delhi’s increase can be attributed to population growth, while more than half of Kolkata’s was attributed to urban warming.

Studies are increasingly finding that heat exposure is heavily influenced by local conditions within cities. Temperatures can be dramatically different, even from one neighborhood to the next, depending on the density of housing, the amount of green space, types of building materials and other physical characteristics.

Multiple recent studies have found that lower income people and people of color are more likely to live in hotter neighborhoods (Climatewire, Dec. 10, 2020).

Research has also found that heat-related fatalities tend to be disproportionately high among vulnerable groups, including the elderly, people with certain medical conditions and people without access to air conditioning.

The new research indicates that certain regions of the world are disproportionately affected by growing exposure to dangerous heat, while inequalities in cities around the world simultaneously put some groups at higher risk of heat illness and death.

“Hot, humid, populated and poor cradles of civilization are becoming epicenters of heat risk,” said the authors of the new study in a comment published yesterday in The Conversation. “At the same time, research shows that marginalized people – the poor, women, children, the elderly – may lack access to resources that could help them stay safer in extreme heat, such as air conditioning, rest during the hottest parts of the day and health care."