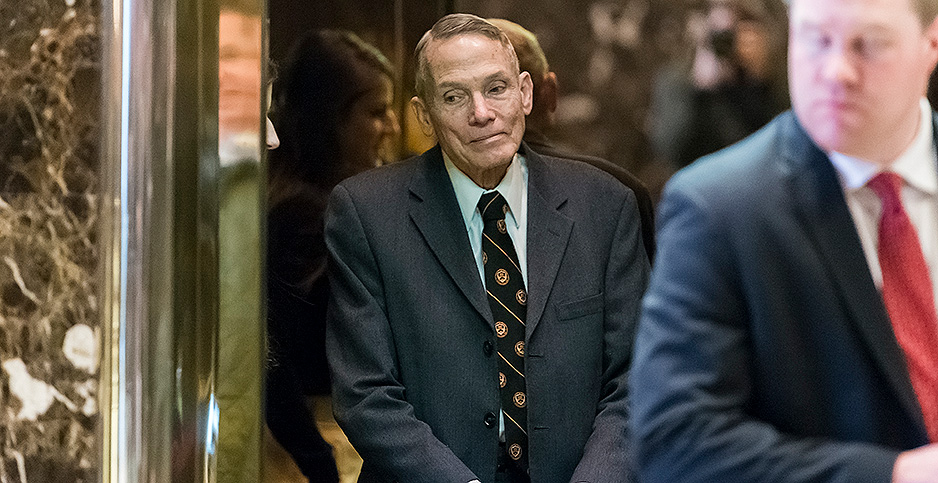 William Happer is leaving his position as a director with the White House National Security Council. Sipa USA/Newscom

When William Happer realized this summer that his plan to question climate science had been shut down by the White House, he knew he’d stick to his promise: to serve exactly one year in the Trump administration and then leave.

His original idea to review climate research involved a team of scientists who would critique government science reports and play up the areas of uncertainty. It would be centered on attacking the National Climate Assessment and potentially be used to mount a challenge to the endangerment finding, the scientific underpinning of federal climate policy, according to several associates of Happer.

And though Trump was keenly interested in Happer’s ideas, they ignited opposition among White House advisers who viewed the plan to openly attack climate research as a risk to Trump’s prospects for reelection. That led Happer, an unflinching opponent of climate science and an accomplished physicist, to leave his post as a director on the National Security Council. His last day is tomorrow.

"Trump didn’t bring him on to challenge climate science, while he was there, working on the NSC he began to make these proposals and they were taken extremely seriously," Rossiter said.

"At some general meeting, Trump turned to him and said ‘Will, how’s that committee going that I approved?’ And that’s when you know it’s time to leave Washington, because he thinks he approved it, and he thinks you’re working on it and, of course, you’re a couple levels down below him," he said.

It’s a coincidence that Happer’s exit is occurring together with the abrupt departure of former National Security Adviser John Bolton. Happer told friends more than a month ago that he would leave on Sept. 13, according to multiple associates. A small ceremony will be held at the White House tomorrow to recognize his service.

While Bolton supported Happer’s idea to review climate science, he largely removed himself from the process of putting the review together. The plan was shelved after a number of Trump administration officials, including science adviser Kelvin Droegemeier, suggested that it could be harmful to the president during the 2020 campaign.

Happer’s time at the National Security Council was mostly occupied by work on classified military projects. He also helped drive an executive order issued by the president on the dangers of electromagnetic pulses on the electrical grid.

But Happer’s inflammatory statements on climate change drew public scrutiny, including his comparison of attacks on fossil fuel usage to the "demonization of the poor Jews under Hitler."

Happer was likely the only scientist to have briefed Trump on climate change. Earlier this year, he used his position on the National Security Council to block written congressional testimony by a State Department researcher who tried to warn lawmakers of the security risks posed by climate change. Happer disputed basic climate science in the testimony of Rod Schoonover, a senior analyst in the State Department’s Bureau of Intelligence and Research, and called it a "propaganda slogan for the scientifically illiterate." Schoonover later resigned over the incident.

"When your military, intelligence and science agencies are all warning about the security risks of climate change, you simply can’t have a climate denier in a senior position at the National Security Council," said Francesco Femia, co-founder of the Center for Climate & Security, in a statement. "So this is a welcome development. However, heaping too much praise on this is like praising the arsonist for dumping a bucket of water on the house he just burned down. The real test is what — substantively — happens next."

Happer, who recently turned 80, will return to Princeton University, where he is an emeritus physics professor. He will soon publish a research paper that questions methane’s impact on the climate, Rossiter said. Methane is a far more powerful warming pollutant than carbon dioxide.

Happer will also likely rejoin the CO2 Coalition, which he founded, according to Rossiter. The group, which says rising levels of CO2 can benefit people, expanded its presence in Washington since Happer joined the White House. It has in recent months contacted Republican members of Congress to provide them with talking points they can use to fight climate policy.

If Happer’s plan to review climate science had not been shelved, he likely would have stayed at the White House for a bit longer, said Myron Ebell, the former head of Trump’s EPA transition team. He said Happer set an important precedent for the administration in how it should talk about climate science — that is to characterize concern as alarmism, Ebell said.

But Happer’s most important work from the perspective of those who reject climate change will go unfulfilled, Ebell said. That was to provide a scientific basis that could be used to challenge the endangerment finding.

"The ultimate goal was once the National Climate Assessment was exposed as being based on junk science and models that have been falsified, I think once that was done, then it would be natural to reopen the endangerment finding," Ebell said.