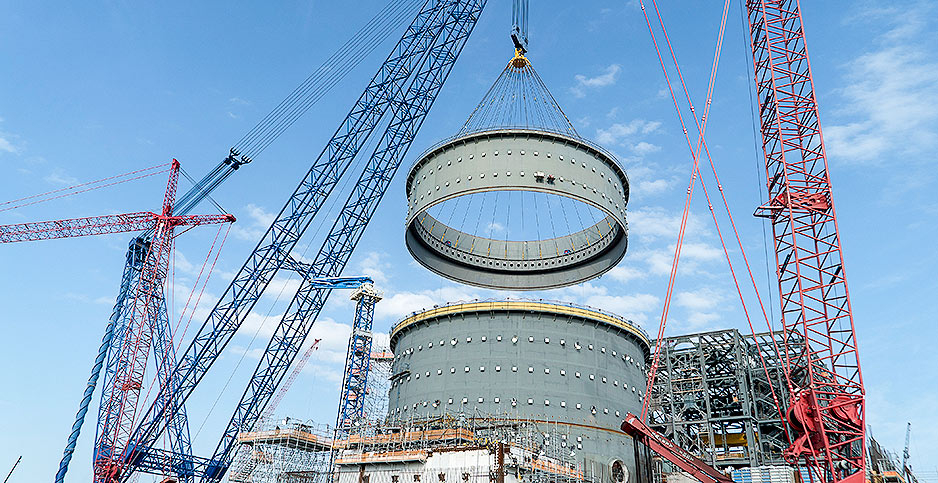 Energy Secretary Rick Perry stood in front of White House reporters in late June and said the future of the nuclear power industry meant more to the United States than two struggling expansion projects in the Southeast.

But none of those reasons mattered to two South Carolina utilities yesterday. For Scana Corp.’s South Carolina Electric & Gas Co. and state-owned Santee Cooper, the decision to halt construction of two new reactors at the V.C. Summer nuclear station came down to hard numbers. V.C. Summer needed another four years before both reactors would start producing electricity, and the costs would be well above $20 billion.

After years of delays and billions of dollars in cost increases, the figures were too much for either utility or its customers to bear, executives decided. Santee Cooper’s board voted to abandon its 45 percent share yesterday afternoon.

Without a partner to lean on, SCE&G did the same.

"We kept an open mind throughout our evaluation, and we allowed facts and sound business judgment to drive our decision to determine the most prudent path forward," Scana CEO Kevin Marsh said during a late-afternoon conference call with analysts.

Westinghouse Electric Co. LLC was the main contractor for V.C. Summer and Southern Co.’s Plant Vogtle in Georgia. The mega-contractor, owned by Toshiba Corp., filed for Chapter 11 bankruptcy protection in late March because of increased costs at both projects.

The move forced utilities in both states to step up and take over their projects to keep them going, even if only temporarily. They then started going through data to figure out how long it would take to finish the reactors and how much that would cost the companies and their customers.

Consumer advocates and anti-nuclear groups continued to beat up on South Carolina’s utilities and regulators for choosing to build new nuclear reactors in the first place.

Dukes Scott, executive director for the state’s Office of Regulatory Staff, said his office would have to review any decisions that SCE&G made as it stops construction and unwinds from the project.

"In a lot of ways, that makes things more difficult, but that’s the situation that we find ourselves to be in," he said.

Investor reaction to Scana’s decision was as expected. Equity analysts pressed for details on how SCE&G would be made whole for its investment and continue on its growth track now that the multibillion-dollar reactors aren’t there to help with that.

A state law enacted to boost nuclear also lets SCE&G recoup money if the project falls through. SCE&G pushed that as a key provision, knowing the challenges and risks that came with restarting the nation’s nuclear industry after 30 years, said Jimmy Addison, Scana’s chief financial officer.

"This was in the original ‘pitchbook’ back in ’06 when we were going around the Street talking about this, even before we started getting investments," he said.

The story didn’t end yesterday afternoon. SCE&G will present how it reached its decision on V.C. Summer to South Carolina utility regulators today.

SCE&G also will work with the Office of Regulatory Staff, which needs to review the utility’s decision, on the best way to handle certain costs. The South Carolina Public Service Commission has signed off on the project’s costs through the end of June 2016, but that leaves more than a year’s worth of expenses that SCE&G will ask to recover, executives said.

Some analysts congratulated Scana executives or said they made the right decision. Others asked what would happen if the PSC disagreed with the company’s decision or if a new utility partner emerged.

Marsh said Scana pursued other partners as well as government support — not specifying whether that was state or federal — but neither of those efforts proved successful. Even if another utility steps up today, he added, that would mean months of negotiating new contracts and getting the PSC to approve them.

Executives started digging through data from Westinghouse and subcontractor Fluor Corp. to determine whether it would be best to finish one or both reactors, convert one or both to natural gas, or abandon the project. Scana executives made it clear from the start that they hoped the numbers would support finishing them.

Once the analysis was complete, SCE&G looked seriously at building at least one reactor. Even then, the company knew there were additional risks, as outlined in a slide presentation yesterday.

These included whether Congress would extend nuclear production tax credits; more unanticipated costs and delays; and continuing to ask the PSC to raise customer bills to pay for the project, known as "rate fatigue."

SCE&G was weighing those risks when executives from Santee Cooper said they likely were going to abandon their share of the project, but that move needed board approval.

"Santee Cooper has been a great partner; they have been a loyal partner … but we understand that they had an independent evaluation that they had to make," Marsh said.

For its part, Santee Cooper is an example of how the transforming electricity industry has hurt nuclear power. The public power company has a healthy reserve margin because of low demand, and adding two nuclear reactors would increase that to the point that the utility likely would have to sell most of the power on the wholesale market.

Natural gas, especially when coupled with renewables and rising technologies such as storage, is a big threat to nuclear and baseload power.

The utility has yet to publicly reveal its own analysis of whether Plant Vogtle makes economic sense to continue, and South Carolina’s decision only added to the speculation and angst.

Georgia Power is doing all it can to ensure it has public support combined with the backing of regulators and Wall Street to keep Vogtle going. While Santee Cooper’s board was presenting its financial findings on V.C. Summer, Georgia Power retweeted the Nuclear Energy Institute’s recent photos of Vogtle and message: "Major progress has occurred in the last 30 days at Vogtle nuclear site."

Georgia Power added: "Our mission is to provide reliable, affordable electricity, and these steps forward are an example of us living our mission."

The nod to progress at Vogtle is significant: Southern’s nuclear unit and Georgia Power have taken over as the project’s main contractors. While that agreement only recently cleared all necessary approvals, including that of the Energy Department, the utility has been at the helm for months.

Vogtle’s analysts at the Georgia Public Service Commission recently said they have noted a marked difference in productivity at the site since Southern Nuclear has been the main contractor.

A Georgia Power spokesman said the Vogtle and V.C. Summer projects are "unique and different in many ways" and that the utility continues to work with the co-owners — public power companies Oglethorpe Power Corp., the Municipal Electric Authority of Georgia and Dalton Utilities — to determine whether to finish Vogtle.

The utility also pointed to a statement from Georgia PSC Commissioner Stan Wise, criticized by some consumer advocates as being a Georgia Power ally.

"The dissimilarities of these projects should be recognized before making any suppositions on whether construction will continue at Plant Vogtle, based on decisions made in South Carolina," Wise said.

In prepared statements, Wise referenced SCE&G’s smaller customer base, which already had been hit with a series of rate hikes adding up to an 18 percent increase in its monthly bills.

Plant Vogtle also has more owners to spread out costs and has a federal loan guarantee. What’s more, Toshiba has agreed to pay billions to both plants in parent guarantees, and more money is going to Vogtle, he said.

Vogtle and Summer also are financed differently and have different cooling towers. Outside of that, they are largely the same and have suffered the same setbacks from regulatory delays and vendor problems.

In fact, executives at each project started communicating more frequently and working together to share best practices to help each other. There were hopes that the projects would benefit from economies of scale if both kept going forward.

As with V.C. Summer, a key component to Vogtle’s future is the other owners.

Despite his support for nuclear, Wise told E&E News in a recent interview that all of the owners must agree to go forward to get his support.

"I would question whether the commission would have the appetite to go forward without a unanimous decision from the owners," Wise said, adding that speaking for the other regulators was speculation on his part. "But it would mean that one of the partners is reluctant to go forward, and it’s going to be hard for the commission to make a decision to go forward without a unanimous agreement [from the co-owners], because I don’t think we can stand any more risk."