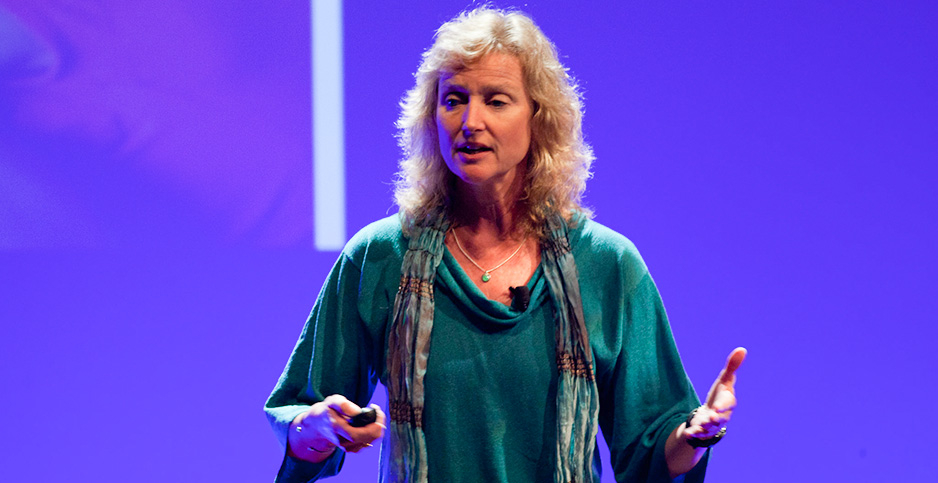 Deborah Swackhamer, a highly regarded environmental chemist and former EPA science adviser demoted after clashing with a top Trump administration appointee, has died, according to the University of Minnesota, where she taught for many years.

In an email this morning, a school spokeswoman said that Swackhamer, 66, died Thursday from metastatic mesothelioma and is survived by her husband and a sister.

A biographical snapshot posted on the school’s website said Swackhamer joined the university in 1987. She had retired at the end of 2015, with her most recent title listed as professor emerita of science, technology and environmental policy. As a researcher, she specialized in processes that affect the behavior of toxic chemicals in the environment as well as policies to counter the potential risks.

She also took on a number of important advisory assignments at EPA. For four years ending in 2012, she chaired the agency’s influential Science Advisory Board, according to the biography. By 2017, she held a comparable post with the Board of Scientific Counselors (BOSC), which provides outside expertise on research and development programs and was an early target of then-EPA Administrator Scott Pruitt’s campaign to remake key advisory panels.

The first sign of that campaign came in June 2017, when Pruitt, appointed by President Trump, bucked an informal tradition and opted against reappointing BOSC members whose initial three-year terms expired that summer. Swackhamer was not in that category, but soon after, Democrats on the House Science, Space and Technology Committee asked EPA’s inspector general to investigate whether then-chief of staff Ryan Jackson had pressured Swackhamer to change her prepared testimony at a hearing the preceding month (Greenwire, June 27, 2017).

In that testimony, Swackhamer said that Pruitt had "recently not renewed" nine BOSC members for a second term. But according to an email exchange cited in the Democrats’ letter, Jackson had asked her to instead say that the renewal decision had "not yet been made."

Pruitt, meanwhile, ignited a far more intense controversy later that year with a ban on advisory committee service by current recipients of EPA grants. He also took the occasion to unceremoniously strip Swackhamer of her chairmanship of the Board of Scientific Counselors, although she remained on the panel as a rank-and-file member. Swackhamer was in the Zagreb, Croatia, airport returning home from vacation when a friend forwarded her an article with the news that she’d been replaced.

Following the June 2017 letter from the Science Committee Democrats, it then took the inspector general’s office some two years to announce a limited inquiry into Jackson’s alleged interference, with one focus on how he obtained a copy of Swackhamer’s testimony before the hearing. In an unusual move in late 2019, the IG publicly faulted Jackson for refusing "to fully cooperate and provide information." For his part, Jackson accused investigators of attempting to intimidate him (E&E News PM, Nov. 6, 2019).

In a December 2019 report, Charles Sheehan, the acting inspector general at the time, wrote that Jackson confirmed advance receipt of an embargoed copy of Swackhamer’s testimony but refused to say where he got it (Greenwire, Dec. 10, 2019). Soon after, however, Jackson agreed to be interviewed and then left EPA in early 2020 for a job with the National Mining Association.

"In addition to being a great scientist and teacher, she showed tremendous courage in speaking out about political meddling in government science advisory boards," wrote one person, who identified himself as a supervisor with the Minnesota Department of Natural Resources.

"Many of us remember Deb for her boundless energy and her deep dedication — in equal measure — to students, to her scholarship and to the broader community," Laura Bloomberg, the school’s dean, said in a prepared statement. "Several in the Humphrey community will also cherish memories of her remarkably generous mentorship and advocacy."