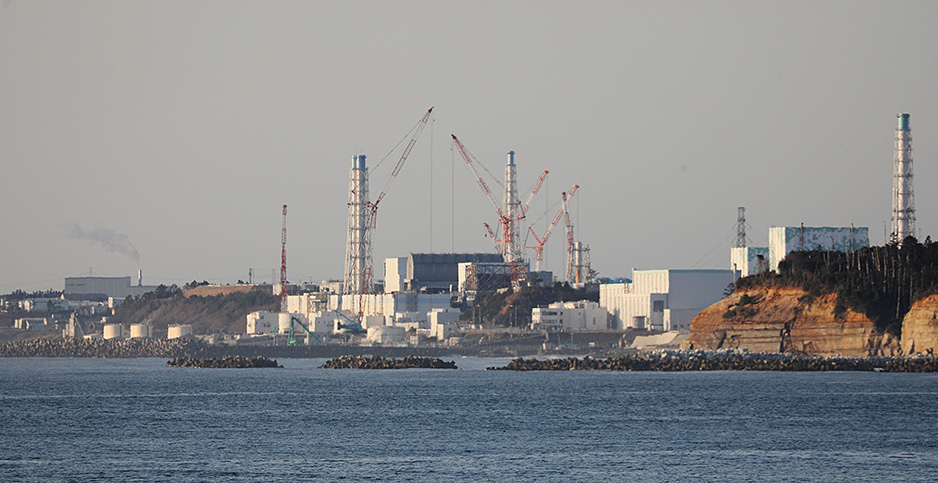 Ten years after a nuclear accident at the Fukushima-Daiichi nuclear power plant rocked Japan and the world, Democratic lawmakers and nuclear regulators fear the impacts of climate change could threaten the existing nuclear fleet if proper precautions are not put in place.

Their warnings come as the Biden administration pushes to harden the United States’ electric sector from the effects of climate change — including extreme temperature swings, rising sea levels and storm surges. The recent Texas blackouts added urgency to the effort.

"We need a strong independent regulator that will proactively address these concerns, not ignore them," he said of the Nuclear Regulatory Commission.

For the nuclear industry, those concerns could mean deeper scrutiny of how companies plan to protect reactor sites from flooding.

And that could mean renewed interest in a series of recommendations that followed the Fukushima incident but were shelved during the Trump administration.

Nuclear plants are almost universally located near lakes, rivers and oceans because of their need for large quantities of water for cooling.

Rising sea levels, stronger hurricanes and bigger storm surges have the potential to endanger operations if plant designs are not robust enough. As hundred-year floods and storms increase in frequency, those concerns have only grown.

"Climate change is altering what our expectations for major weather events are, and our regulations of nuclear plants are not staying up to date with the most modern science of where projections are going and what we should be expecting," said Caroline Reiser, a nuclear energy legal fellow with the Natural Resources Defense Council.

Baran used his speech at the NRC’s annual Regulatory Information Conference — held virtually this week — to call for more attention to preparing nuclear sites for the realities of climate change.

Baran said NRC staff had launched an initiative to keep up with the latest science of natural hazards. That includes sea-level rise and other climate impacts.

Baran also called for the NRC to revisit the 2019 post-Fukushima Mitigation of Beyond-Design-Basis Events regulation — a series of recommendations from staff about how to incorporate lessons learned from the Fukushima incident.

NRC shelved most of the potential mandates in 2019 after companies either incorporated some of the ideas or said costs would outweigh the benefits.

Baran, however, wants the NRC to codify post-Fukushima lessons learned so that all reactors around the country follow uniform rules.

That includes a regulation to protect on-site backup generators from potential flooding — a backstop to the backup.

"With a changing climate, flooding risks are not static," Baran said. "It makes no sense to allow licensees to rely on obsolete flood hazard estimates, most of which were calculated decades ago. That is the opposite of what we should be doing to prepare for the altered climate of the future."

In the aftermath of the Japanese tsunami that crippled the Fukushima plant, NRC directed every nuclear plant to redo its flooding and earthquake analysis to find any flaws for so-called beyond basis events — freak incidents with an extremely low probability of occurring but that could result in a crisis.

The industry conducted the probes, and for the most part, determined that nuclear sites were largely protected against such flooding or earthquake hazards or had implemented mitigation efforts.

House Energy and Commerce Chairman Frank Pallone (D-N.J.) said, "The Fukushima disaster was a tragedy that taught us important lessons that we have since implemented."

Pallone said, "I’m very pleased that the Nuclear Regulatory Commission took a number of critical actions in the aftermath to shore up the safety of our own fleet here at home, but I’m determined to ensure that nuclear energy in the U.S. continues to be safe."

That scrutiny, said the Nuclear Energy Institute’s Chief Nuclear Officer Doug True this week, included an accounting of the possible effects of climate change on reactors. Climate monitoring efforts remain ongoing, both within the industry and at NRC, True said.

"This isn’t a change that kicks in overnight either," True said. "It’s a change that is gradual, and that is why the NRC’s strategy of having us include a consideration of climate change in these reanalyses we do in the last 10 years was smart. It bought us time to continue to monitor and adjust before these changes get here."

True said the industry has a natural incentive to ensure plants can continue operations, especially in extreme weather where demand can shoot to record highs.

As evidence, he noted that reactors have thrived in hurricanes over the decades, usually back in operation before the transmission system is up and running.

He pointed to the South Texas Project power station’s performance during Hurricane Harvey in 2017, which dumped more than 30 inches of rain over Houston, but where nuclear was among the chief reasons power supplies remained available.

To be sure, that same nuclear plant was among the reasons Texas went dark last month when it powered down over effects of extreme cold on its operations.

Lessons learned from Fukushima means reactors have fail-safe backup plans to ensure they can be cooled in an emergency, including on-site backup generators and equipment, as well as regional rapid response centers that can deploy more backup equipment within hours of a distress call.