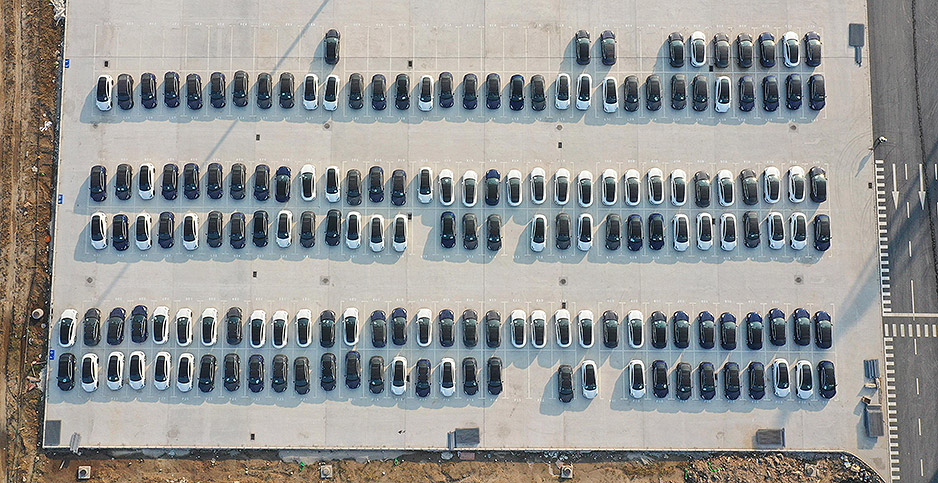 The famed electric car maker announced last month that its Gigafactory in Shanghai had formally launched manufacturing operations. The factory is now starting to churn out Tesla Model 3s, marking its first assembly plant outside the United States.

Deliveries to customers in China begin tomorrow, and the company plans to soon ramp up production to 1,000 cars per week.

"What a way to close out 2019, and this is only the beginning," the company said on Twitter.

As electric vehicle popularity rises, so will demand for new-age car batteries — and the raw minerals and metals needed to make them. With huge spikes in battery material demand projected over the next decade, announcements like Tesla’s are making deep-seabed mining companies more bullish.

"The demand for these metals is just going to go through the roof over the next five years" with "the electrification of cars as the major driver," said Gregory Stone, the chief ocean scientist at DeepGreen Metals Inc., in an interview. "In some cases you’ve got thousands of times more demand coming online for these battery metals."

Headquartered in Vancouver, British Columbia, DeepGreen is gearing up to extract polymetallic nodules — potato-sized nuggets containing metals in concentrations much higher than what is found in terrestrial mining ore. The nodules took millions of years to form but can be simply plucked from the ocean bottom.

The global push to electrify much of the world’s vehicle fleet is propelling discussions forward as the International Energy Agency (IEA) and others warn of a looming shortage for the raw materials that go into batteries.

IEA is especially worried about global supplies of cobalt as EV manufacturing and sales increase. Cobalt is a critical component for safety; it prevents batteries from overheating and catching fire. Batteries can be manufactured without cobalt but must be fitted with cooling systems, which adds complexity and detracts from battery function and efficiency.

Word that Tesla wants to build 1,000 cars a week in China, the world’s largest EV market, is fueling the aspirations of companies like DeepGreen Metals and Ocean Minerals LLC, which plan to extract huge quantities of cobalt from the ocean floor.

Today, cobalt is mostly mined in Congo, and only as a byproduct from the extraction of copper and other primary metals.

More seafloor to be mined

That might change as EVs flood the world’s roadways. Mining companies are already proposing to make cobalt a primary target of their operations. They insist that cobalt mining will generate little to no waste as nearly every ounce of polymetallic nodules found resting on the deep abyssal plains of the oceans contains commercially valuable metals.

"We have a defined resource, and that resource contains 1 million tons of cobalt, so our cobalt mine is comparable with the large mines in [Congo]," said Hans Smit, CEO of Houston-based Ocean Minerals. "The fundamental difference between us and them is our cobalt is a primary source, so we don’t have to worry about mining copper or nickel in order to get to the cobalt. Cobalt is our primary metal."

Officials with the International Renewable Energy Agency argue that there are enough resources in existing mining areas to meet the world’s growing need for more cobalt. Research conducted out of the University of Technology Sydney in Australia has reached the same conclusion.

But Smit argues that such findings are based on overly conservative projections of future EV demand. He sees current momentum for EV manufacturing in China, the U.S. and elsewhere leading to severe shortages of cobalt beginning around 2025. IEA shares this view.

"If you add all the mines up and their total cobalt, if you could extract all as needed, would only solve the demand problem for about five to eight years," Smit argued in an interview. "So if you believe in the EV battery market and the demand for cobalt, we have a real significant problem, but what we have in the polymetallic nodules is we have a solution to the problem, and that is what we’re trying to get people to understand."

Smit added that the type of ocean bottom extraction his company is proposing will produce less waste, with none of the huge volumes of slag or waste piles associated with land-based mining, which results in water pollution and other environmental concerns. The major impact from harvesting nodules is undersea dust plumes that form when the ocean bottom is disturbed to remove the egg-shaped objects.

"They’re making the batteries unstable and unsafe, so the solution is bring the cobalt," Smit said. "If we can get the world to understand that we have the cobalt, then a lot of the money that’s being spent on trying to develop and design cobalt out of the batteries will go away, and then we can get back to having high-density energy-efficient batteries that are safe."

Ocean mining companies and independent scientists downplay those concerns by arguing that potential releases of carbon dioxide from polymetallic nodule extraction would be minuscule compared with the climate impacts of other industrial processes, including land-based EV battery material mining.

Stone, of DeepGreen Metals, argues that ocean mining will prove a net positive for global warming if it helps to remove gasoline- and diesel-fueled vehicles from roadways.

"On balance at the end of the day this is better for the oceans than not, if it accelerates us to a renewable energy future quicker," Stone said.