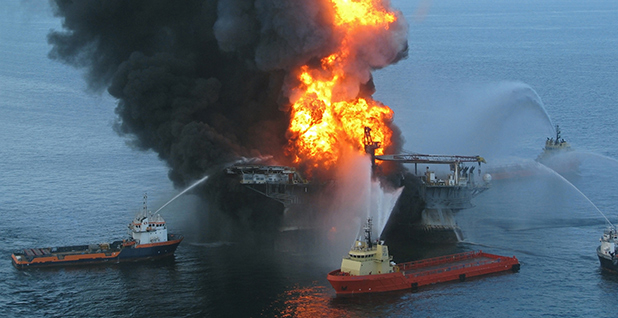 The 2010 Deepwater Horizon oil spill spread significantly farther than previously known and had a "toxic impact" 30% larger than earlier estimates, according to a new study.

Using a new model, advanced imaging techniques, water sampling and a review of the last decade’s literature, University of Miami scientists concluded the offshore spill — the worst in U.S. history — reached distant regions of the Gulf of Mexico, including portions of the West Florida Shelf, Texas shores, the Loop Current system and the Florida Keys. It was also deadlier to wildlife than previously understood.

The oil in the Gulf was "invisible" to the satellite imaging that researchers relied on at the time of the accident, according to the paper. The Deepwater Horizon oil rig exploded in April 2010, killing 11 workers and releasing more than 210 million gallons of crude oil into the Gulf of Mexico.

"You see what came to the surface, but it really was everywhere," said Claire Paris-Limouzy, senior author of the study in Science Advances and professor of ocean sciences the University of Miami Rosenstiel School of Marine and Atmospheric Science.

The spill, for example, extended into water columns that were not detectable from satellites and "where currents are decoupled from the upper circulation," the paper said.

The discovery will better inform emergency managers in the future but is also a grave revision of the understanding of the environmental impacts from toxic oil spills, according to the researchers.

"Our results change established perceptions about the consequences of oil spills by showing that toxic and invisible oil can extend beyond the satellite footprint at potentially lethal and sub-lethal concentrations to a wide range of wildlife in the Gulf of Mexico," said Paris-Limouzy. For example, toxic polycyclic aromatic hydrocarbons (PAHs) that harm sea life can linger for days or weeks after satellites can no longer detect oil from a spill, the paper said.

Research from the last 10 years also provides evidence that even tiny concentrations of oil can be profoundly toxic to marine life.

"[M]any studies have been taking place regarding the photo-induced toxicity. That combined effect, it turns out, can be two orders of magnitude more toxic than oil alone," said Igal Berenshtein, who was first author on the paper and formerly a postdoctoral researcher in Paris-Limouzy’s lab.

Photo-induced toxicity is a phenomenon where the combined toxic effect of an environmental contaminant and UV radiation from sunlight is greater than the toxicity of the contaminant by itself.

Berenshtein said the oil droplets combined with radiation from the sun in many studies indicate photo-induced toxicity in marine life following the Deepwater Horizon spill.

"There are quite a handful of these studies applied to fish and invertebrates, and they show even at low concentrations — one part per billion in the water column — these concentrations are already toxic to marine life," he added.

‘Oil was a different beast’

Paris-Limouzy has been creating models for how small particles travel around the ocean for a long time, but it wasn’t until the Deepwater Horizon disaster that she started modeling oil.

"I’ve been modeling for the past 25 to 30 years the transport of plankton and particles in the ocean, and when the Deepwater Horizon spill happened, my model was open source," Paris-Limouzy told E&E News. "There was no model with oil droplets that would simulate the transport of the oil from the deep ocean to the surface."

Most oil dispersion models at the time were only good for analyzing surface dispersion, Paris-Limouzy said, so emergency response scientists used her model instead. It did not, however, account for any of the properties of oil droplets.

"Oil was a different beast," she said.

Paris-Limouzy decided she would create a more appropriate model, with support by a Rapid Response Research grant from the National Science Foundation. Coming from a different field helped the process, she said.

"We had a fresh look and were really unbiased. We had no preconceived idea of what we ‘needed’ to find," she said.

Paris-Limouzy edited two recently published books on oil spills, including one with policy recommendations and best practices for emergency responders in the future.

She said she doesn’t regret the pivot in her career, "It was not lost time for me."

"I am able to see how much impact we have when we spend 10 years working on a single question," she said. "And this question matters."

The National Academy of Sciences supported the research.