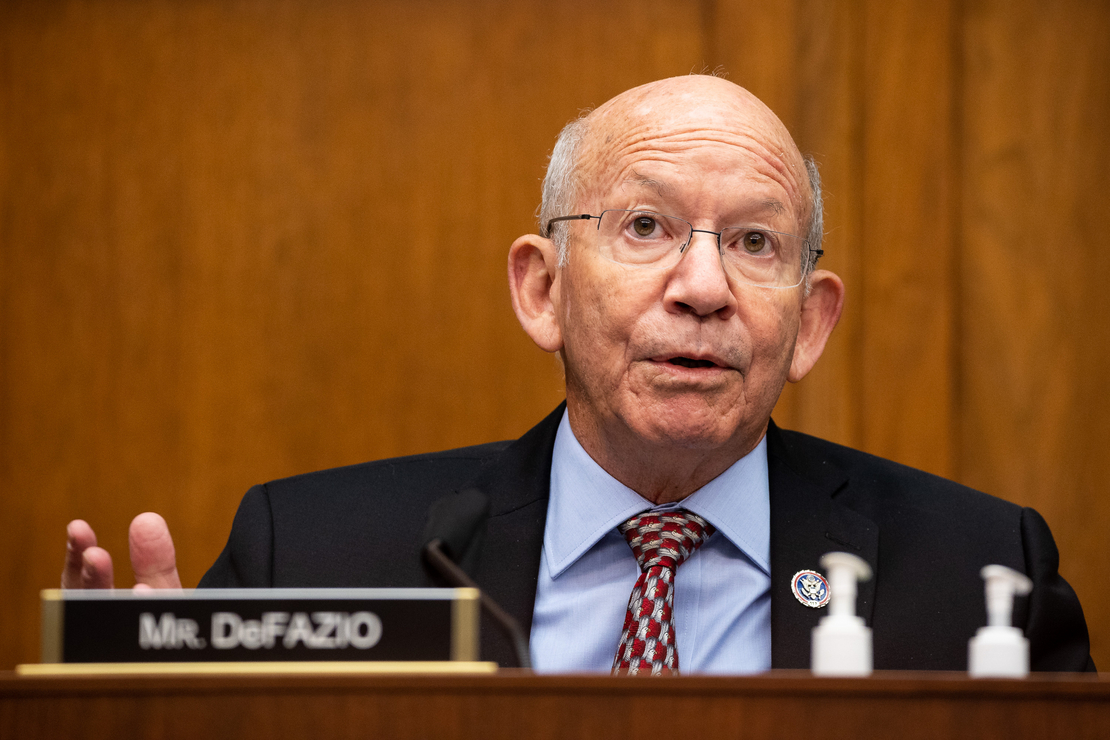 In a remarkably pointed critique, one of the most senior Democrats in the House yesterday voiced sharp disappointment with Interior Secretary Deb Haaland over her refusal to extend emergency Endangered Species Act protections to the gray wolf.

The chair of the House Transportation and Infrastructure Committee, Rep. Peter DeFazio (D-Ore.) let loose following a phone call with Haaland to discuss the species, which was removed from the ESA list last January.

“I came away from the discussion disappointed,” DeFazio said in a lengthy statement, adding that “I am frankly dumbfounded that she would not invoke emergency relisting now.”

A longtime leading member of the House Progressive Caucus, DeFazio cited his “grave concerns” about the wolf and declared “there is simply no reason for Secretary Haaland to continue a Trump-era policy that threatens the existence of a species.”

DeFazio’s denunciation escalates both the rhetorical and the regulatory conflict over the gray wolf. Last September, the Fish and Wildlife Service announced it would perform a yearlong review to determine if relisting is warranted.

In theory, Haaland could use her emergency authority to relist the species for 240 days while FWS completes its latest assessment (Greenwire, Dec. 16, 2021).

Interior spokesperson Melissa Schwartz said in a statement that “the Secretary appreciated the opportunity to speak with the congressman on a topic they both care passionately about."

"I will not go into the details of a private conversation but want to be clear — under Secretary Haaland’s leadership, the Department will address the status of the gray wolf and all species according to the science and the law, and will continue to evaluate all options for doing so," Schwartz added.

With the gray wolf delisted, Western states including Idaho, Montana and Oregon have enacted laws that have opened the door to killing wolves.

“Sadly, Oregon’s Department of Fish and Wildlife Services has authorized the inhumane killings of gray wolf pups, which are no threat to livestock,” DeFazio said.

DeFazio has announced he is retiring after this term, capping a congressional career that began in 1987.

In December, DeFazio joined one of Haaland’s closest House allies, Democratic Rep. Raúl Grijalva of Arizona, and more than 70 other lawmakers in a letter calling for emergency relisting of the species.

The review by FWS was prompted by two petitions proposing to list the gray wolf’s northern Rocky Mountain distinct population segment (DPS), or a new Western DPS, as a threatened or endangered species.

One petition was filed by the Western Watersheds Project and 70 other organizations. The other petition asserting that Endangered Species Act protections are needed was filed by the Center for Biological Diversity and several other groups.

In March 2019, FWS proposed delisting the species, first identified as endangered decades ago, after concluding that the population in the Lower 48 states had rebounded (Greenwire, July 16, 2019).

Gray wolves in the northern Rocky Mountains, including Montana, Idaho, and eastern portions of Oregon and Washington state, were previously delisted in 2009. The broader delisting for the Lower 48 was made final last year and took effect Jan. 4 (E&E News PM, Feb. 1, 2021).

While that lawsuit filed in the U.S. District Court for the Northern District of California is pending, the American Farm Bureau Federation, American Sheep Industry Association, National Cattlemen’s Beef Association and Public Lands Council are appealing a trial judge’s denial of their request to intervene.

“In the Coalition members’ experience, state and tribal agencies are best able to balance healthy ecosystems with the needs of local communities, including farmers and ranchers,” the groups stated in one legal filing.

The groups added that “a decision to relist the gray wolf, for example, could impair Coalition members’ ability to protect their livestock from wolves and place restrictions on their routine agricultural and timber activities.”

“As of October 2020, no species had been relisted on an emergency basis under this authority,” CRS noted.