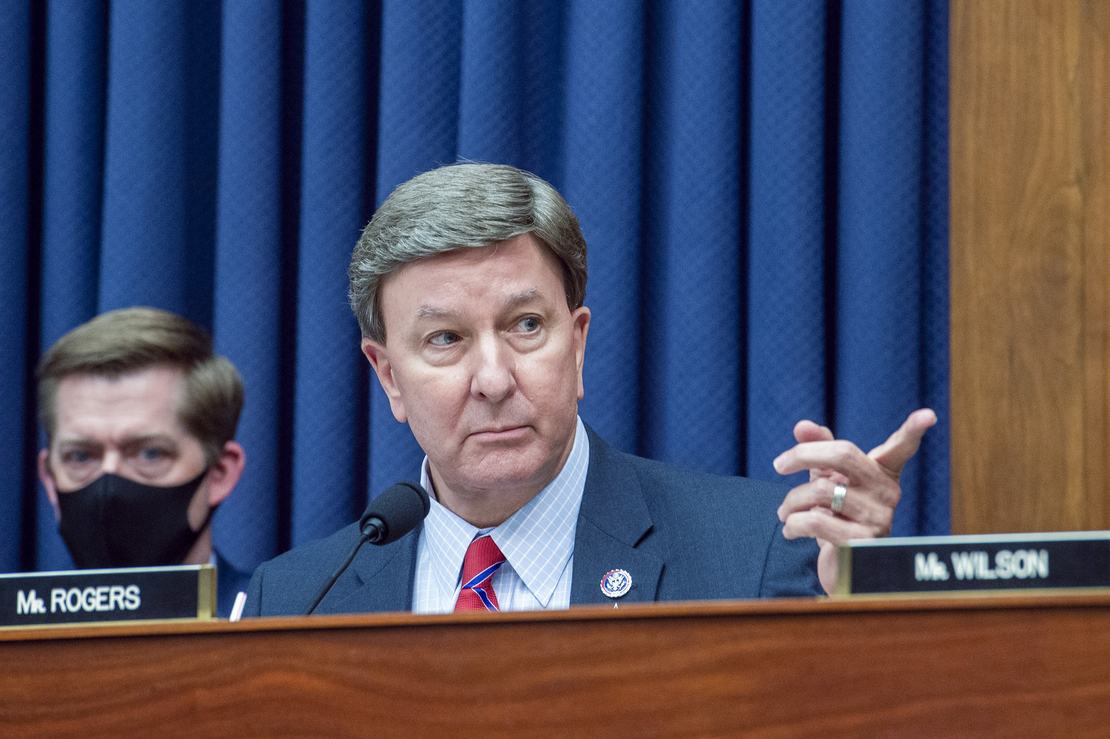 “Zero chance,” House Armed Services ranking member Mike Rogers (R-Ala.) said about the prospects of the West Virginia Democrat’s permitting reform push being in the fiscal 2023 National Defense Authorization Act. “We’re doing everything we can to keep anything controversial out of this bill.”

The House already passed its version of the NDAA, but the Senate has opted to address other priorities, including nominees. Negotiators are instead trying to craft a final package behind closed doors

“The approach is to try and work this out between the four leaders of the committees, Democrat, Republican, House and Senate, and then the top leadership and get a bill we can all agree on,” said Senate Majority Leader Chuck Schumer (D-N.Y.). “We think we’ll get more done that way.”

Even though Schumer supports permitting reform, the defense bill strategy could hurt Manchin’s cause, with top negotiators reluctant to include anything controversial that might jeopardize the bill’s passage before the end of the year. The NDAA has passed Congress every year for 62 years straight.

“My focus is to get the NDAA done,” said Senate Armed Services ranking member Jim Inhofe (R-Okla.). “I am not optimistic” that permitting reform will be included.

Whether or not permitting reform is included in the NDAA could ultimately be up to Schumer. House Armed Services Chair Adam Smith (D-Wash.) previously said the Democratic leadership would make the call on such a pivotal issue (E&E Daily, Sept. 21)

Schumer said Tuesday, “As you saw when we tried it last time, there weren’t enough Republican votes. I’m working with Senator Manchin to see what we can get done next.”

Many House Democrats are skeptical that permitting reform, whether in the NDAA or not, has enough support to pass in the lame duck, given ongoing progressive opposition to overhauling environmental laws and boosting oil and gas production. That’s despite significant interest among climate hawks in speeding up approvals for clean energy and transmission projects.

“There are ratios of dog crap to chocolate that I can live with,” Rep. Sean Casten (D-Ill.) said in an interview.

“But I think a lot of my colleagues are not there, and we’ve already done the math,” Casten added. “We couldn’t get it through.”

Rep. Rick Larsen (D-Wash), a longtime member of the House Armed Services Committee, also said that Manchin’s permitting bill wasn’t really on the minds of those negotiating the NDAA.

“I don’t think permitting reform is a high priority for most people,” said Larsen of ongoing NDAA negotiations.

Rep. Bruce Westerman (R-Ark.), the incoming Natural Resources chair if Republicans gain the House majority, said he would also be against adding permitting reform to the NDAA.

“The NDAA, in my opinion, has to be defense-related,” Westerman said.

House Minority Leader Kevin McCarthy (R-Calif.), who is in line to become speaker once the new Congress starts, said the defense bill shouldn’t pass until the next year, when his party is in charge.

McCarthy said the Democrats had brought “wokeism” to the NDAA.

“I actually think the NDAA should hold up until the first of the year, and let’s get it right,” McCarthy told reporters Tuesday.

“He feels as though … climate is the most important issue. I think there are many more important issues, and I think we should get the NDAA right,” McCarthy said.

Westerman was optimistic that permitting reform could also get done with a Republican House and Democratic Senate, given Manchin’s role in the ideological middle of the upper chamber. Westerman has been discussing the permitting measure with Manchin over the past few months.

“Sen. Manchin is key to getting it done, and he kind of got cut off at the knees earlier on it,” Westerman told reporters Tuesday. “But I think he would work with the Republican House to maybe get some permitting reform done.”