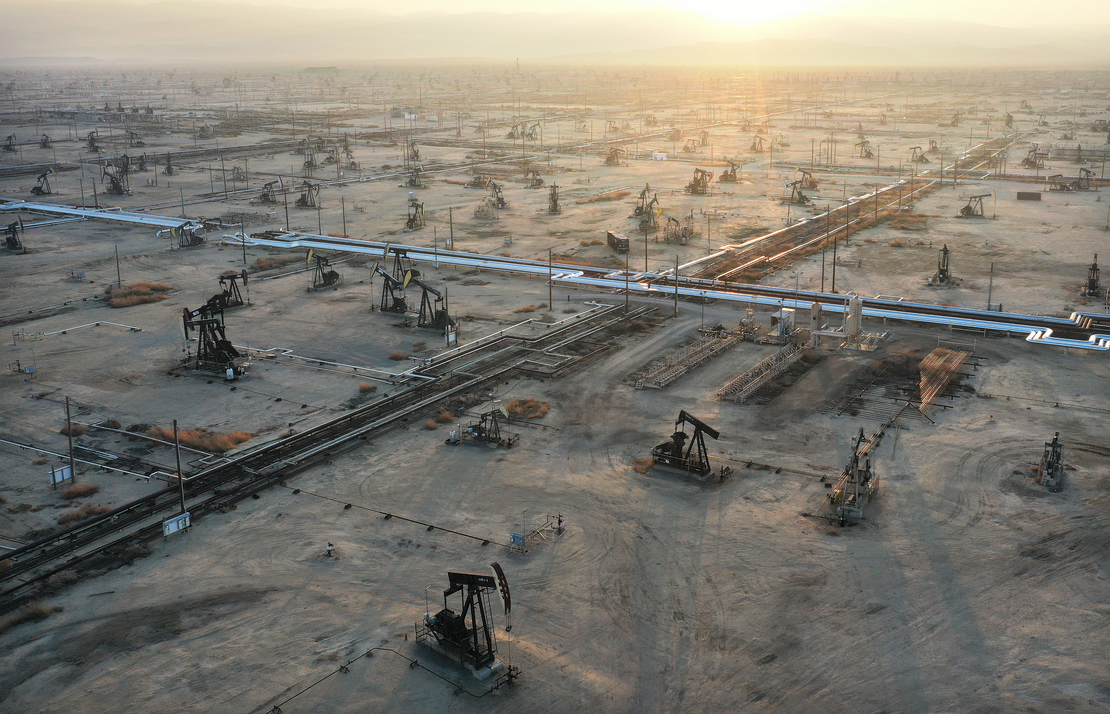 The Biden administration has delayed releasing its proposed rule to reduce methane at oil and gas wells for weeks now. It comes as the president faces criticism for stepping up climate regulations on American energy companies even as he presses foreign suppliers to increase oil production.

The timing of EPA’s draft methane rules for new and existing oil and gas facilities is colliding with rising gasoline prices weeks before midterm elections threaten to dislodge Democrats from power in the House and perhaps the Senate. The rules have been described by some Republicans as a new burden on the U.S. oil and gas industry, and its introduction now could feed the narrative that Democrats are waging war on domestic production even as they press foreign suppliers to increase production of fossil fuels.

The rules also pose contradictory optics for President Joe Biden, who has pressed the OPEC+ oil cartel to pump more oil even as he is poised to initiate climate rules on U.S. companies that emit greenhouse gases through fossil fuel production.

The methane rules have been under White House review since Aug. 15. The Office of Management and Budget held its last scheduled stakeholder meeting on them Oct. 4. And the administration signaled earlier this fall that the rules, which are slated to be final next spring, could be released by early October or even late September.

Then OPEC+, led by Saudi Arabia and Russia, announced plans earlier this month to cut oil production by 2 million barrels per day in November.

Gasoline prices had already been an election liability for Democratic candidates, and the supply cut threatens to raise prices before voters cast their ballots Nov. 8. Biden promised a reset of U.S.-Saudi relations in the wake of the announcement, which happened after his personal appeal to the Saudis to keep supply steady in the face of global fuel shortages linked to Russia’s war in Ukraine.

Democrats in Congress are eyeing legislation to punish the Saudis. But Republicans have tried to make political hay out of the issue, arguing that the Biden administration’s hostility to U.S. oil producers had left it at the mercy of foreign suppliers.

After the OPEC+ decision the administration signaled it might, in exchange for some concessions, relax sanctions against Venezuela to allow Chevron Corp. to resume exporting Venezuelan oil to the United States.

Biden on a preelection trip to the West Coast last week acknowledged voters’ concern about high gasoline prices and promised an announcement this week on new steps to curb them. On Wednesday, he committed to release up to 15 million barrels from the Strategic Petroleum Reserve to boost supply.

‘Err on the side of caution’

A large swath of the U.S. oil and gas sector now backs federal regulation of methane across supply chains, though the drafts that now sit at OMB would provide new details about the stringency and scope of EPA’s proposals.

“We will continue to work with the agency as it develops and finalizes regulations that are cost-effective, promote innovation and further the progress made in reducing emissions,” said the American Petroleum Institute in an email to E&E News.

But while industry has lent its conditional support, many congressional Republicans have labeled methane regulation a burden to domestic producers and a detriment to U.S. energy security. If the draft rules came out in the closing month of the campaign, they’d likely find their way into television ads and onto debate stages, especially in energy-producing states.

On the other hand, the Biden administration is under pressure from its allies to roll out the rules ahead of a global climate summit next month. The draft rules are the most significant regulatory action on climate the administration has taken to date, effecting the second-largest industrial source of greenhouse gas pollution after power plants.

The United Nations climate talks, called COP 27, begin in Sharm el-Sheikh, Egypt, the day before Election Day. And an aggressive new methane package would be a valuable U.S. talking point there — particularly given that it was the Biden administration that launched the Global Methane Pledge at last year’s conference in Glasgow, Scotland.

Indeed, EPA rushed to put out an initial methane proposal that was short on details last year on the eve of the summit.

“It seems like the administration on the timing of the rule may be between a rock and a hard place,” said Paul Bledsoe, a strategic adviser at the Progressive Policy Institute.

Bledsoe said that while there may be an administrative reason for the rules’ delay at OMB, “it appears that they’re trying to find the sweet spot between the Saudi supply cut and COP 27.”

Democratic strategist Calvin Dark said Republican candidates who believe they can score points by attacking Biden’s climate and energy policies would be likely to do so whether the rule has made its debut before the midterms or not.

“If a Republican candidate is making the argument that Biden’s policies are hostile to U.S. oil companies, just a prospect that that rule is coming is enough to persuade those voters who would want to hear that,” he said.

EPA rules are too arcane to resonate with most voters, he said.

But with so many races likely to be decided by thin margins this year, he said, “it makes sense politically for the White House to kind of err on the side of caution.”

EPA and OMB did not respond to requests for comment.

If the rule is undergoing last-ditch revisions ahead of its release, they might pertain to the climate spending package that was enacted in August. The law contains a methane fee and substantial spending to help producers reduce emissions — policies that may change the calculus on EPA’s rule (Climatewire, Oct. 7).

Jon Goldstein, who leads oil and gas regulatory work at the Environmental Defense Fund, said there could be an “opportunity cost” in holding the rule too long.

EPA has signaled that it is waiting to release other regulations until after the methane rules come out — including a rule for particulate matter now at OMB. A Bureau of Land Management waste prevention proposal that has been under review since January might also be sequenced after the EPA drafts.

“This administration has a very aggressive, and rightfully so, policy agenda that it is trying to move forward, and so it’s time to keep that going forward,” Goldstein said.