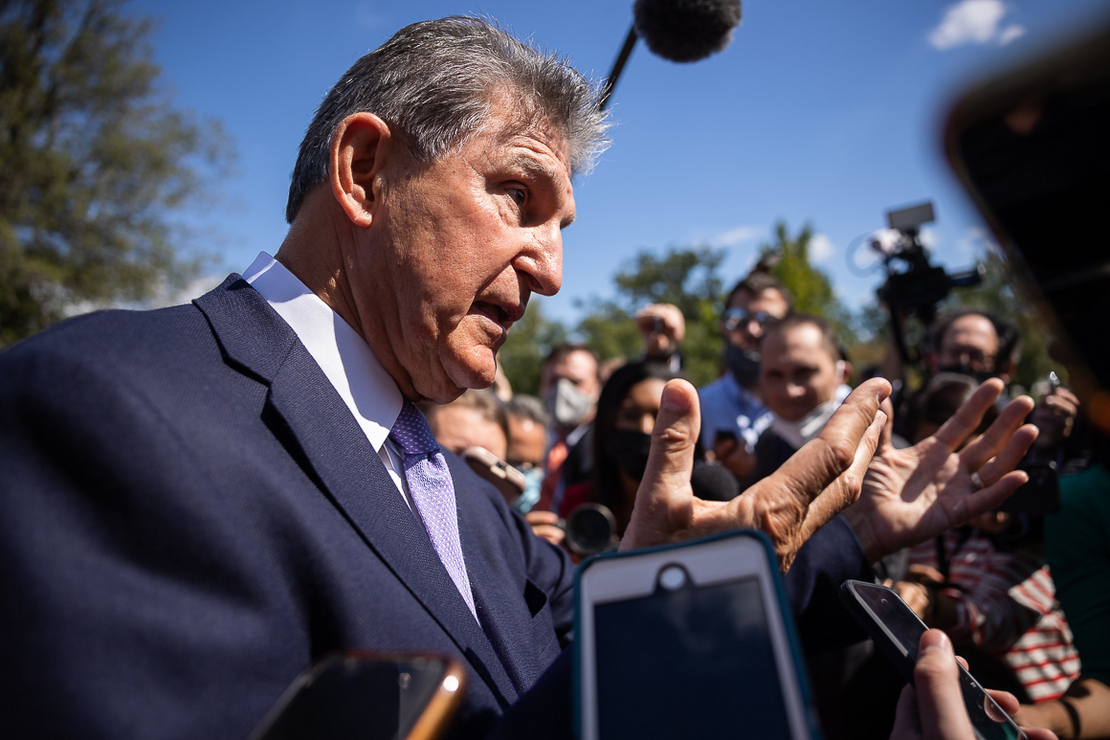 Democratic infighting on Capitol Hill this week underscores how difficult it will be to get the biggest climate bill in U.S. history across the finish line.

Climate policy has emerged as one of the toughest challenges in striking a deal on Democrats’ reconciliation package, with a chasm between Energy and Natural Resources Chair Joe Manchin (D-W.Va.) and much of the rest of the party.

Manchin’s stance is threatening to derail the proposed Clean Electricity Performance Program (CEPP) that would likely be central to meeting President Biden’s emissions goals, frustrating Democrats who see reconciliation as one of the last chances to address climate change before it’s too late.

“It’s not anything that you can really negotiate away,” Select Committee on the Climate Crisis Chair Kathy Castor (D-Fla.) said in an interview yesterday. “We either follow the science, or we condemn ourselves to higher costs and more catastrophes.”

The leaked document, which Manchin confirmed to reporters yesterday, inserted another twist into the ongoing fight in the House over the bipartisan infrastructure bill. It was initially scheduled for a vote yesterday, but progressives planned to sink it without a deal with Manchin and fellow moderate Sen. Kyrsten Sinema (D-Ariz.) on reconciliation. The vote was delayed after talks that dragged into yesterday evening.

The document includes several climate-related stipulations, namely that Manchin’s committee be charged with writing any clean energy standard and that if clean energy tax breaks are extended, fossil fuel tax benefits should be preserved.

Climate spending, it says, should be “fuel neutral,” and carbon capture and storage should allow natural gas and coal to “feasibly qualify” for energy tax policies. Manchin is also doubling down on his concerns with the CEPP, which he laid out in detail this week during an Energy and Natural Resources hearing (Greenwire, Sept. 28).

“I am just not for giving public companies, who have shareholders, public dollars for free when I know they’re going to be very profitable at the end whatever we do,” Manchin told reporters outside the Capitol yesterday.

“I’d love to have carbon capture, but we don’t have the technology because we really haven’t gotten to that point,” Manchin added. “And it’s so darn expensive that it makes it almost impossible.”

But House Democrats scoffed at the idea that coal and natural gas would get a place in a climate policy, even if some acknowledged a potential role for carbon capture.

“To those of us in the real world, coal and natural gas are not clean. They’re just not,” Rep. Jared Huffman (D-Calif.) told reporters. “So let’s stop pretending, and let’s get real.”

Castor similarly said, “That’s not clean energy,” when asked about the role of natural gas and coal. “You could include carbon capture with guard rails that you’re still meeting the clean energy goals, that you’re reducing carbon pollution and greenhouse gas pollution,” she added.

The House reconciliation bill, as currently written, includes $150 billion for the CEPP, essentially a clean energy standard redesigned to fit the budget process, and billions more for electric vehicles, the grid and a federal green bank.

The CEPP would offer grants to power providers that increase their share of clean generation by 4 percent each year and fine those that do not. The emissions threshold for what qualifies as clean power would be 0.1 metric ton of carbon dioxide equivalent per megawatt-hour, ruling out natural gas and coal without carbon capture.

That structure could change as negotiations with Manchin continue, Rep. Paul Tonko (D-N.Y.), who chairs the House Energy and Commerce Subcommittee on Environment and Climate Change, said this week. "But I want to keep it as strong as possible," Tonko said.

Sen. Tina Smith (D-Minn.), one of the program’s architects, and other Democratic senators have been lobbying Manchin on the CEPP for weeks. Smith said she and Manchin “continue to have conversations” about the CEPP, but she also warned that negotiations would ultimately have to please all 50 members of the Senate Democratic caucus.

“I just keep reinforcing to everybody that we have to come up with an agreement that 50 senators can agree with, not just one or two,” Smith said yesterday. “I’m looking for strong climate provisions across the board,” she added.

Another key negotiator with Manchin is Finance Chair Ron Wyden (D-Ore.), who is pushing a broad clean energy tax plan that includes a repeal of fossil fuel subsidies. Wyden said yesterday that he and the West Virginia Democrat are “having a number of conversations with respect to energy issues.”

For House progressives, the CEPP and other climate provisions will likely be key to their support for whatever agreement leadership can strike with Manchin and Sinema, but it remains unclear where, exactly, they would draw a line.

For the most part, they’ve left the door open to changes in overall spending, means testing for electric vehicle tax credits and even potentially shortening the duration of funding for some programs to bring down the top line.

“I’ve got to get the things that are critical for clean energy and climate, and there can’t be funny business,” Huffman said.

In the Senate, Manchin’s colleagues have refrained from chiding him publicly as negotiations continue. That’s not to mention Sinema, who has been more publicly opaque about her negotiating position and who issued a statement yesterday saying she would “not support a bill costing $3.5 trillion.”

But Sen. Martin Heinrich (D-N.M.), a member of ENR who has been pushing for the CEPP, quoted a 2009 op-ed by the late West Virginia Democratic Sen. Robert Byrd in a tweet yesterday.

"To be part of any solution, one must first acknowledge a problem. To deny the mounting science of climate change is to stick our heads in the sand and say deal me out,” Byrd wrote as lawmakers debated the Waxman-Markey cap-and-trade bill. “West Virginia would be much smarter to stay at the table."

Byrd, Heinrich said, “was onto something.”