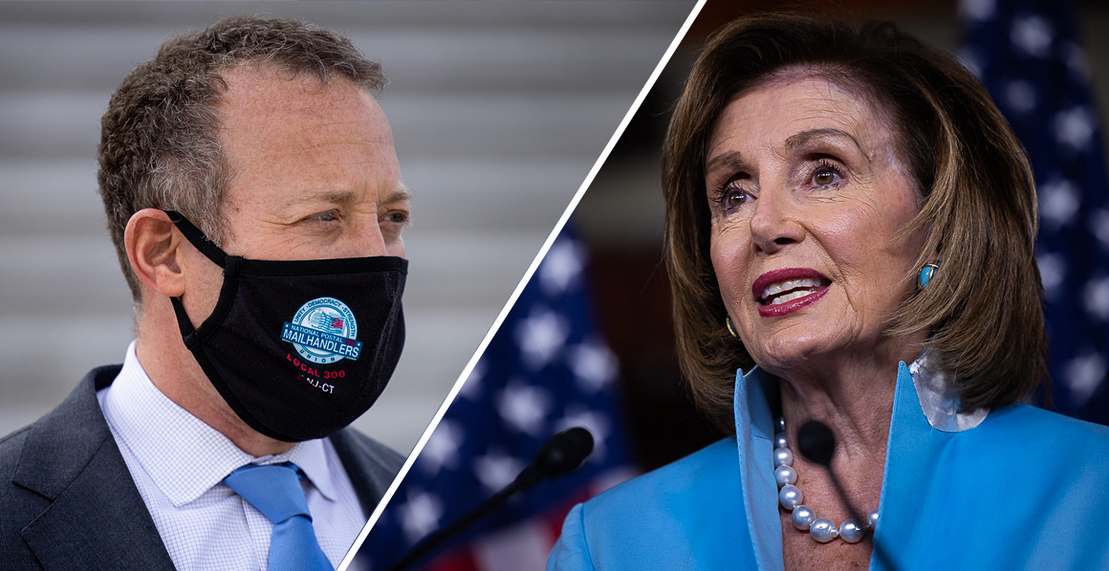 House Speaker Nancy Pelosi is reiterating her intent to move ahead with a vote on the $3.5 trillion Senate budget resolution, escalating a squabble with moderates that could culminate when the chamber returns next week.

A bloc of nine centrist Democrats is pushing to take up the Senate-passed $1.2 trillion bipartisan infrastructure bill, H.R. 3684, before the budget resolution, threatening to derail the legislative sequencing Democratic leaders have outlined for months.

The budget resolution sets the stage for a partisan package of Democratic priorities to bypass the filibuster through reconciliation. Pelosi, a California Democrat, has said the House would not take up the bipartisan infrastructure bill until the Senate finishes with the party-line package.

In a letter to her caucus this week, Pelosi said passing the resolution immediately would “maximize the leverage of our Caucus in the budget process, allowing us to proceed first in crafting the reconciliation bill.”

“While the bipartisan infrastructure bill offers important progress, it is not reflective of the totality of Democrats’ vision,” Pelosi wrote. “We must also deliver the Build Back Better bill that includes our priorities that meet needs of American families.”

Democratic leadership has outlined a combined parliamentary rule for that would set up floor debate on the budget resolution, the bipartisan bill and H.R. 4, the voting rights bill reintroduced this week (Greenwire, Aug. 16).

It would put the House on track to pass the resolution and voting rights measure next week while kicking final passage of the infrastructure bill down the road. But with narrow margins in the House, the group of nine could ultimately take down the budget resolution or the rule.

President Biden came out in support of the House leadership plan this week, offering additional leverage for Pelosi as she attempts to pressure moderates to stay in line.

“President Biden endorsed the House Rule which will allow us to consider the budget resolution, H.R. 4 and the bipartisan infrastructure bill next week,” Pelosi wrote. “The budget resolution is the key to unlocking the 51-vote privilege of the reconciliation path for our transformative Build Back Better bill.”

The moderate group, led by Rep. Josh Gottheimer (D-N.J.), has argued that the House should not risk delaying enactment of the bipartisan infrastructure legislation, which includes $550 billion in new spending (Greenwire, Aug. 13).

“With the livelihoods of hardworking American families at stake, we simply can’t afford months of unnecessary delays and risk squandering this once-in-a-century, bipartisan infrastructure package,” they wrote in a letter to Pelosi last week. “It’s time to get shovels in the ground and people to work.”

The dispute is increasingly bringing outside groups into the fold. No Labels, the nonpartisan supporter of the Problem Solvers Caucus, launched a six-figure ad campaign supporting the “nine courageous Democrats.” “This unbreakable nine is showing America that we can still do amazing things,” the narrator says in the 30-second ad.

On the other side, Friends of the Earth yesterday circulated an analysis showing that six of the nine members of the group are among the top Democratic recipients of oil and gas campaign cash. Rep. Vicente Gonzalez (D-Texas), the environmental group noted, is the chair of the Oil and Gas Caucus.

“The Democrats who are most eager to obstruct reconciliation are the same Democrats who are benefiting the most from Big Oil’s money. That’s not a coincidence,” Sarah Lutz, climate campaigner at Friends of the Earth, said in a statement.

House leaders, meanwhile, are keeping the pressure on to deliver on climate, energy and transportation in the reconciliation bill. Pelosi hosted a virtual town hall with Select Committee on the Climate Crisis Chair Kathy Castor (D-Fla.) last night.

And Transportation and Infrastructure Chair Peter DeFazio (D-Ore.) said he would continue to push for electric vehicle and transit funding, despite assurances by the White House that the reconciliation package would not “double dip” on programs already funded in the infrastructure bill.

“We are working with the White House to see if there are ways around it,” DeFazio said during a virtual event with The Washington Post. “I’m looking at creating new programs that are not the same as the ones that were funded there.”

DeFazio added that he was doubtful that the group of nine would hold their position after a week of pressure from leadership and the White House. “The point is the House, and the majority of the Senate, including the committees of jurisdiction, were essentially cut out of this so-called bipartisan deal, written by a rump group of senators, self-appointed and endorsed by the White House,” he said.

Geof Koss contributed to this report.