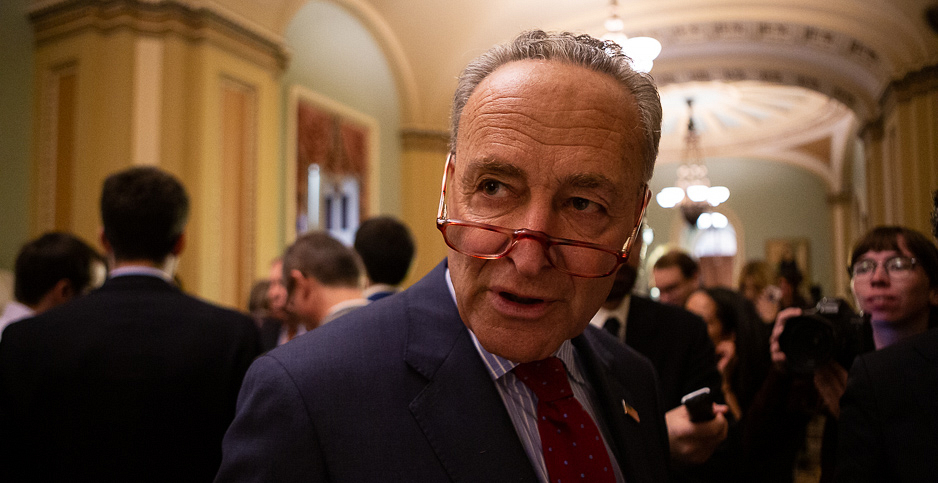 Democrats are working on climate plans now in hopes that they’ll be ready if voters deliver them the Senate and White House.

But winning it all won’t mean a Democratic cakewalk in the Senate where controversial bills require 60 votes.

There are some Democrats making noise about eliminating the filibuster to allow a simple Democratic Senate majority to work its will, but the party’s presumptive presidential nominee, Joe Biden, who spent 36 years in the Senate, isn’t a fan of that option; although he told The New York Times this week he might reconsider if Republicans prove to be too "obstreperous."

But Senate Democrats may have another option for moving climate legislation: budget reconciliation.

Both Democrats and Republicans have used budget reconciliation in the past to circumvent the need for a 60-vote supermajority. The maneuver helped Republicans pass tax cuts for Presidents George W. Bush and Trump, while Democrats used it to tweak President Obama’s Affordable Care Act.

Will Democrats use that strategy for climate legislation that might include Biden’s just released plan for midcentury carbon neutrality (Climatewire, July 15)?

But, she added, the time might be right to try it."My point of view is that this is a crisis," she told E&E News. "We’ve got to do what we’ve got to do, and if that’s the vehicle so be it."

The House Selet Committee on the Climate Crisis, in its long-awaited report, included carbon pricing and the goal of getting the nation to net-zero greenhouse gas emissions by 2050 (E&E Daily, July 1).

The benefit of using reconciliation is that it allows for passage with 51 votes in the Senate and limits debate.

Here’s how it would work: House and Senate Budget committees would produce budget resolutions — blueprints for spending and revenue — that would then pass the full chambers with simple majorities with differences being hashed out in House-Senate negotiations before final passage.

That resolution can include instructions to relevant committees to raise revenue or to make changes in mandatory spending to maintain the budget at a certain level. If it does, those panels could decide how to achieve that outcome with confidence their work could pass the Senate with a simple majority.

"But here’s the problem with this: It has to have a budgetary consequence," said Bill Hoagland, who served as budget director for former Senate Majority Leader Bill Frist (R-Tenn.) and is now a senior vice president at the Bipartisan Policy Center.

"The purpose of reconciliation is to effectuate the changes that have been assumed in the budget resolution to achieve that particular outcome," he said.

A carbon tax would probably fit the bill, Hoagland said, if the budget bill instructs the House Ways and Means and Senate Finance committees to find new revenue.

But Hoagland foresees problems if that new levy requires new regulations or a new office to administer it.

Budget reconciliation is also a tricky tool to use to boost spending, Hoagland said. It doesn’t allow authorizations of new discretionary spending — something House and Senate appropriators are supposed to do.

Hoagland said Democrats could create a new mandatory spending program — like a welfare program — using reconciliation. But again, setting up a mechanism to administer it would be difficult.

Legislative staffers who opposed what Democratic leaders hoped to do on climate could be counted on to go through the Congressional Budget Office’s analysis of the budget with a fine-toothed comb, looking for provisions that are "Byrdable."

Named for a master of Senate, the late Sen. Robert Byrd (D-W.Va.), who served in the chamber for 51 years and introduced the rule, "Byrdable" provisions don’t add or deduct from the budget in a meaningful way and cannot pass without the threat of filibuster.

"I think you could take a solid run at creating a carbon tax or doing carbon tax reform through reconciliation," said Joseph Majkut, director of climate policy at the moderate Niskanen Center, which advocates for the policy. "That doesn’t mean you could do the kind of carbon tax we’ve been talking about."

For example, Majkut said he didn’t know whether it would be possible to use reconciliation to adjust EPA regulatory authority to offset the new carbon price or to construct trade policies to ensure U.S. manufacturers aren’t subject to unfair competition from producers in countries that lack a similar policy.

Those provisions would have to move separately as part of a legislative package passed under regular Senate rules; although Majkut noted Democrats might feel less urgency to reduce EPA regulations, for example.

"I think regular order affords you a lot more ability to make good policy," he said. "I think a bipartisan, regular order process will always be preferable if it can be achieved."