Democrats’ climate bill blends the old with the new 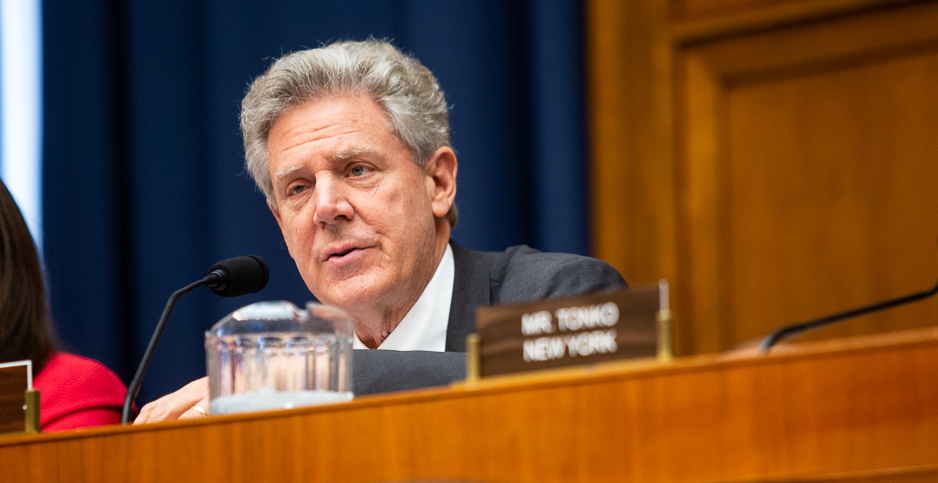 Democrats have a list of shiny new programs they want to use to slash greenhouse gas emissions, but their latest plan also relies on decades of existing environmental law to push the federal government’s climate efforts to the limit.

The House Energy and Commerce Committee majority yesterday released the long-awaited text of its draft climate bill, a comprehensive set of policies to decarbonize the entire U.S. economy by 2050.

The more than 600-page draft of the "Climate Leadership and Environmental Action for our Nation’s (CLEAN) Future Act" would establish plenty of initiatives — such as a federal clean energy standard and a national climate bank — and provide massive new funding authorizations.

The bank is an especially novel idea. Alone, it would be eligible for a whopping $10 billion in its first fiscal year and $5 billion annually after that, with financing directed to local zero-emissions vehicle fleets, grid modernization, renewables and communities impacted by climate change.

The draft would also delegate much of the authority for slashing greenhouse gases to states via a new program that would require them to submit plans to EPA. The agency would provide a menu of enforcement mechanisms and pathways for states to achieve emissions goals.

But much of the bill would reauthorize existing programs at more ambitious funding levels, or play around with current regulatory authority to push agencies such as the Federal Energy Regulatory Commission and EPA to go further, rather than creating new authorities and programs.

"We all have to be better about climate, FERC and everybody," said Rep. Bobby Rush (D-Ill.), chairman of the Energy Subcommittee.

One of the linchpins of the legislation’s transportation title, for example, is an amendment of the Clean Air Act to require that EPA set more stringent greenhouse gas emissions standards for vehicles.

Later, EPA would be allowed to decide how to tweak auto emissions standards, so long as they align with a national goal of net-zero emissions by 2050.

In short, the transportation section would bring the agency’s existing authority to more ambitious territory.

But it would also direct EPA to produce new standards for airplane engines, something the agency has not done before, despite its 2016 determination that they contribute to climate change.

The environmental justice title of the draft bill would similarly retread some familiar federal policy to create a new product.

It would codify the 1994 executive order that established the federal government’s environmental justice efforts and amend the Superfund law to hold companies liable for contamination caused by climate-induced extreme weather.

That’s an issue that bubbled up in 2017, when Hurricane Harvey caused chemical spills across Houston.

All in all, Environment and Climate Change Subcommittee Chairman Paul Tonko (D-N.Y.) said the bill marks the most comprehensive climate policy effort since the Waxman-Markey cap-and-trade bill a decade ago.

"Its approach is unprecedented, with a mix of innovative and established policy tools that build from the ground up," he said in a statement. "Taken together, they will propel the vast economic transformations we need to reach an ambitious but necessary science-based target of net-zero greenhouse gas pollution by no later than 2050."

Nowhere is that sense of tweaking existing statute more pronounced than in the bill’s treatment of FERC.

FERC has been under scrutiny for much of the decade over its permitting and review processes for fossil fuel infrastructure, its climate impacts and a perceived bias against the deployment of renewable energy.

Some more progressive green groups have called for a reshuffling of the commission to focus exclusively on incorporating clean energy onto the grid.

This bill, however, limits its effects to the existing statutes surrounding FERC to clarify and guide the commission to a more central climate focus in its decisionmaking.

Central to that push is the amending and clarifying of the Natural Gas Act to ensure the commission considers climate impacts in its permitting considerations under the "public interest" section of the law.

The debate about that policy has been a constant battle between Republicans and Democrats on the commission in the wake of confusion left over from a federal court decision about greenhouse gas impact accounting in the Sabal Trail pipeline review.

The Democratic intervention would add a layer for review in the commission’s consideration of fossil fuel infrastructure, leaving room for legal interventions on the basis of climate.

The bill would also amend the Natural Gas Act to shift around the order of operations for a developer seeking to invoke eminent domain to construct a pipeline. In such a case, the developer would need state and federal permits before being able to take land.

The eminent domain issue will be front and center at FERC tomorrow as the commission decides whether it will participate in the legal docket for the PennEast pipeline and its appeal to the Supreme Court.

Rounding out the directives, House Democrats would require FERC to initiate "a rulemaking to increase the effectiveness of the interregional transmission planning process," per a committee summary.

Those directives also include language to clarify that the Federal Power Act does not have any bearing on the commission’s ability to approve a carbon pricing regime to set rates like those underway in New York or disallow state interference in clean energy purchase like those proposed by FERC to limit state subsidies power sources in the PJM Interconnection capacity market.

There will be plenty of political wrangling over the legislation in the coming months, as well as criticism both from Republicans and the most liberal environmental organizations.

Progressive groups will be especially keen to scrutinize the programs the bill would create, namely the clean energy standard, which would give power generators a 28-year pathway to achieve 100% clean energy via a system of credits.

Groups such as Friends of the Earth and the Center for Biological Diversity have already lobbed criticism on the "CLEAN Future Act" because they believe the standard would allow natural gas to receive partial credit as a source of clean energy (E&E Daily, Jan. 27).

"Chairman [Frank] Pallone’s [D-N.J.] climate bill is heavy on details, but still lacks backbone," Brett Hartl, government affairs director at the Center for Biological Diversity, said in a statement yesterday. "The world’s scientists agree we need bold action and real cuts in greenhouse gases by 2030, and the few deadlines in this legislation fall woefully short."

Republicans are already waiting in opposition, too. Even if Pallone managed to pass parts of the bill through the House, Senate Majority Leader Mitch McConnell (R-Ky.) has blocked most initiatives Democrats have sent over so far this Congress.

"When you do the same thing over and over again, you shouldn’t expect a different result," E&C ranking member Greg Walden (R-Ore.) said in a statement yesterday after the bill text was released. "A politics over progress approach accomplishes nothing; we need solutions that deliver results."

Pallone acknowledged the reality in the Senate at an event in New Jersey earlier this month.

"It would be very difficult to get something comprehensive like this past the Senate or signed by the president," Pallone said. "But whatever we can, we’re trying to get them on board."

It’s long been clear that Democrats have their eyes on 2021 for any comprehensive climate package. But E&C covers just one piece of the jurisdictional puzzle on an issue that affects virtually everything.

Democratic lawmakers on the Ways and Means Committee are still hoping to grapple this year with clean energy incentives that were left out of last year’s tax extenders deal, and plenty of climate hawks across Capitol Hill are still eyeing a carbon tax as part of broader climate legislation in the future.

The Select Committee on the Climate Crisis is also set to release a policy report in March, which will likely serve as a kind of de facto platform for House Speaker Nancy Pelosi (D-Calif.) and Democratic leadership.

That piecemeal approach to climate "has sacrificed coherence and risks losing credibility," Paul Bledsoe, a former House, Senate and White House climate aide, now with the Progressive Policy Institute, said in an email.

"My central criticism," he said, "is that there’s a lack of coherence in House Democratic climate messaging and policy strategy, which is creating a lot of unnecessary internal conflict and external confusion."