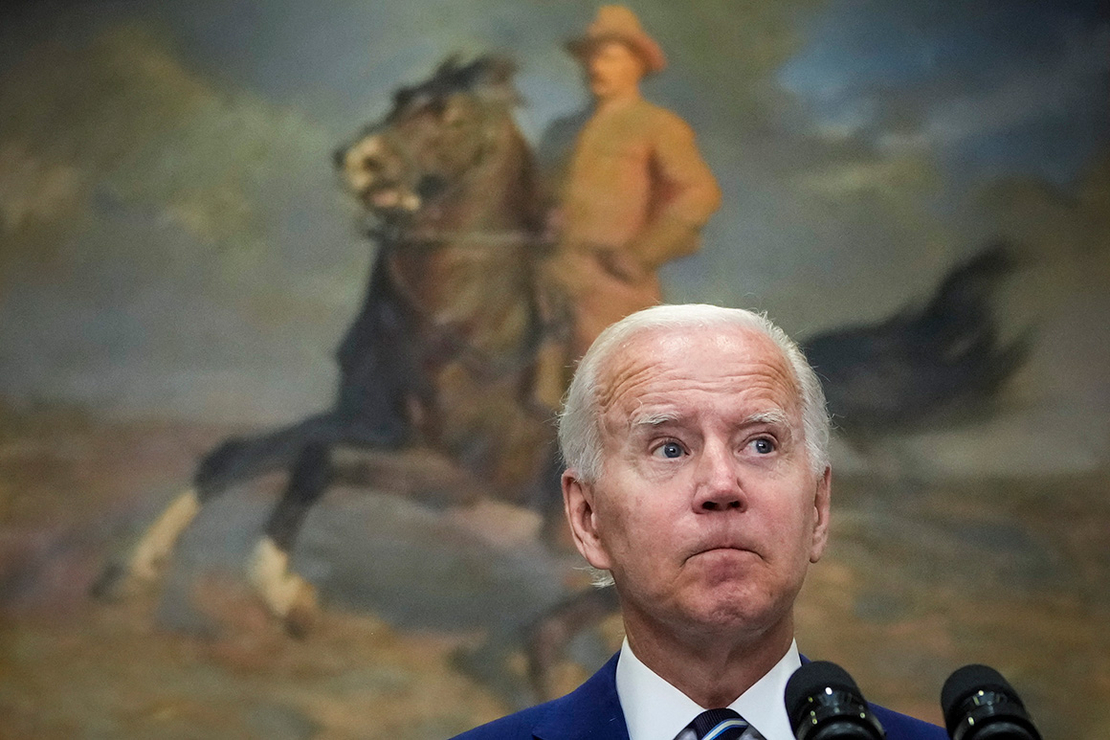 Congressional Democrats offered mixed responses yesterday to a White House-backed proposal to temporarily suspend the federal gas tax, with some citing fears that it would do little to help consumers.

Lawmakers will likely face the prospect head on in the coming days. Senior administration officials familiar with the plan told E&E News yesterday that President Joe Biden plans to announce as soon as today his decision to back a pause through the end of September on the 18.4 cent per gallon tax. The goal is to cool rising gasoline prices.

Suspending the gas tax would need congressional approval. It has been an idea floated by moderate Democrats in recent months as prices have soared.

But getting Congress to agree on the matter could be a tough sell. Most Republicans, and even some Democrats, consider the idea a gimmick that would do little to ease recent price shocks.

Rep. Peter DeFazio (D-Ore.), the chair of the House Transportation and Infrastructure Committee, repeated his displeasure with such a move, urging Democrats in a statement “to see this for what it is: a short-sighted proposal that relies on the cooperation of oil companies to pass on minuscule savings to consumers — the same oil companies that made record profits last year and a staggering $35 billion in the first quarter of 2022.”

Fears have mounted that a pause could also undercut the highway trust fund, which derives most of its revenue to improve roads and bridges from the tax.

Sen. Tom Carper (D-Del.), chair of the Environment and Public Works Committee, wrote in a tweet last night that “suspending the primary way that we pay for infrastructure projects on our roads is a shortsighted and inefficient way to provide relief.” He added, “We should explore other options for lowering energy costs.”

A senior administration official said the White House will also call on states to suspend their own gas taxes.

Indeed, gasoline tax holidays have been implemented in multiple states in the face of rising prices, including in Maryland, Georgia, Connecticut, New York and Florida. Other states are pondering implementing their own approach.

In the case of Maryland, the pause was constructed in such a way that ensured the relief would go toward consumers, and not just gas stations, Sen. Ben Cardin (D-Md.) told reporters yesterday.

“I think it provided temporary relief but it didn’t buy permanent relief,” Cardin said. “And it affected the financing of infrastructure in Maryland, so it was mixed results.”

Biden yesterday downplayed the impact a pause could have on federal infrastructure dollars. He said the $1.2 trillion infrastructure law passed by Congress last year has given enough federal dollars to provide some cushion for federal improvement funds.

“Look, it will have some impact, but it’s not going to be impact on major road construction and major repairs,” Biden told reporters. “Is it going to, in fact, make it difficult to maintain our roads? The answer is: We have plenty of capacity to do that.”

Vulnerable Democrats like Sens. Mark Kelly (D-Ariz.) and Maggie Hassan (D-N.H.) introduced a proposal earlier this year, S. 3609, to suspend the gas tax, but their bill has seen little movement.

Some progressive Democrats have been open to the idea of applying a windfall tax on oil and gas company profits. DeFazio has put forward a proposal, “Stop Gas Price Gouging Tax and Rebate Act,” H.R. 7099, that would then apply the proceeds as a rebate to consumers.

Senate Finance Chairman Ron Wyden (D-Ore.) is working on his own windfall tax that he intends to introduce in the coming weeks. He told reporters yesterday that he remained open to considering the White House proposal on a gas tax holiday, but wanted to make sure any policy goes after the industry and not consumers.

“I’m for making sure that there is relief for consumers at the pump because they are getting mugged right now,” Wyden told reporters.

While Democrats are cool to the tax holiday idea, Republicans yesterday said they see little incentive for helping the White House out of a jam that they blame the Biden administration for creating.