Democrats could target these 4 Trump rules 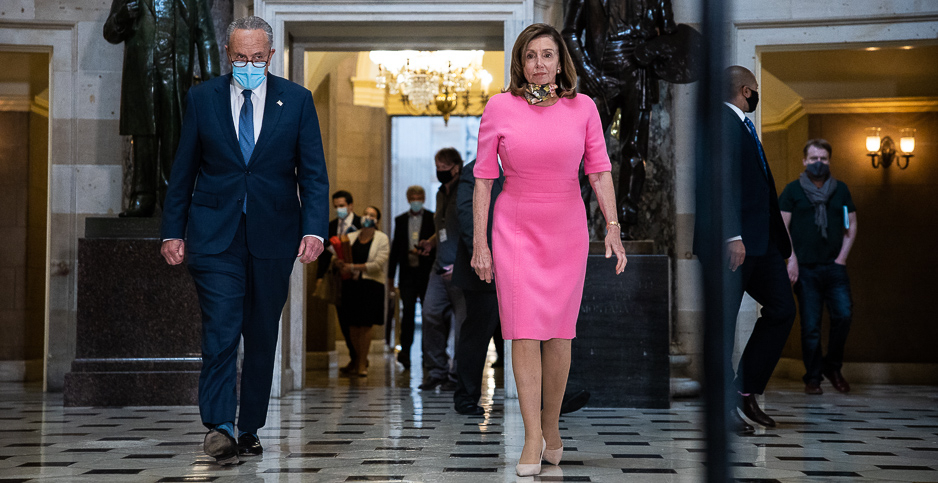 A handful of Trump administration environmental rules could be the first on the chopping block under a Biden administration and a Democratic Congress.

The law allows a new president and Congress to quickly abolish regulations enacted within the last 60 congressional days.

Scrapping undesirable regulations through regular order is "a lot more work for the agency that just went through the process of promulgating the idiot rules," said David Bookbinder, chief counsel at the Niskanen Center, a center-right think tank that advocates for climate policy.

When Republicans took control in 2017, the Freedom Caucus sent a list to the White House of 200 regulations it wanted to kill. Sixteen were ultimately eliminated.

"The Trump Administration’s successful use of the Congressional Review Act demonstrates that it is a powerful option for any President whose party also controls both branches of Congress," wrote regulatory experts Bethany Davis Noll and Richard Revesz in The Regulatory Review.

"And the threat of a Congressional Review Act disapproval now hangs over any new President, putting pressure on agencies to finalize important rules before the summer prior to an election."

The extent to which Democrats will use the CRA remains the subject of debate. Progressive green groups like the Center for Biological Diversity say Democrats should "absolutely" use the tool like the Republicans did. But nonpartisan groups like the American Lung Association are flatly opposed to the CRA being used by either party.

John Walke, director of the clean air program at the Natural Resources Defense Council, says it may not take long to reverse President Trump’s agenda. Walke says an EPA under Joe Biden, the Democratic nominee for president, could refuse to defend Trump rollbacks that are tied up in court. A new administration can also not finalize pending rules.

Democratic aides on Capitol Hill have said all options should be on the table, and party leaders appear keen on wanting to use the CRA strategically.

"I think it’s likely to be used, but probably not nearly as often as people might expect," said Cary Coglianese, a professor at the University of Pennsylvania Carey Law School. "If I had to guess, maybe there will be a half a dozen, maybe 10" rules that are repealed.

Concerns exist that a CRA provision would prevent the Biden administration from enacting a similar rule to one that was scrapped. It’s known as the "salt the earth" provision.

"In theory then, Democrats could inadvertently shoot themselves in the foot by repealing a Trump rollback, since any stronger replacement might be deemed to be substantially the same, and thus illegal," James Goodwin, a regulatory analyst at the Center for Progressive Reform, wrote in a blog post.

But Coglianese dismissed that fear, reasoning that Trump rules by definition have been substantially different from Obama ones.

Here’s a look at four Trump administration initiatives that could be vulnerable to the Congressional Review Act:

Two weeks ago, the Trump EPA finalized a pair of actions critics say that undermine controlling methane emissions from the oil and gas sector (Climatewire, Aug. 14).

Environmentalists would like to expunge the rollback of the Obama administration’s 2016 New Source Performance Standards regulating the emissions from new and modified facilities.

Republicans tried in 2017 to use the CRA to undo a similar methane rule for public lands but failed to get the votes (Greenwire, May 10, 2017).

Already, greens have threatened to sue over the EPA rule. An aide for Sen. Tom Carper (D-Del.), ranking member of the Environment and Public Works Committee, called it "illegal and likely to be overturned by the courts."

"That said, Senator Carper supports any strategically smart option that would quickly reverse this rollback while ensuring the next administration can — and does — wield the tools it already has and use its authority under the Clean Air Act to protect people from the dangers of methane," the aide wrote via email.

The CRA has also been used to force lawmakers to take uncomfortable votes, Goodwin noted in an interview.

"I almost wouldn’t be surprised to see a CRA on this one before the end of the Trump administration," he said.

Changes to National Environmental Policy Act rules form the cornerstone of the Trump administration’s "energy dominance" agenda, and Democrats may decide to use the CRA to undo those changes.

The changes elicited intense opposition from environmentalists and more than 100 Democratic lawmakers. Last month, they urged the White House to scrap the rule entirely (Greenwire, July 9).

Carper wrote in a letter that he thought the NEPA changes were illegal, would "sow chaos and confusion for the foreseeable future," and would actually slow down project delivery throughout the country.

Agencies have to conduct environmental review to update their regulations to align with CEQ’s, and each of those reviews could be the target of litigation.

A prime candidate for the CRA is EPA’s proposed rule for cost-benefit analyses related to air pollution rules. The proposal would apply to all future rules under the Clean Air Act.

Critics say the changes, as envisioned by the agency, would downplay the benefits of rules and stand to harm regulations for years to come (E&E News PM, June 4).

In this case, the potentially problematic CRA "salt the earth" provision could work in the favor of progressive policy goals, noted Goodwin.

"The Trump administration has issued several dangerous policies that progressives very well might want to prevent a future administration from issuing a replacement for," he wrote in the post.

The same logic could be applied to the "secret science" rule, which the agency says it plans to finalize by the end of the year (Greenwire, March 4).

The controversial plan would restrict the agency from using scientific research where the data could not be made publicly available.

Republicans say transparency is simply a good thing, but critics argue that the rule is an old idea first used by the tobacco industry in the 1990s to scale back public health standards.

However, it’s possible the Trump administration will not finalize the regulation if Biden wins. Politics, after all, is about timing.