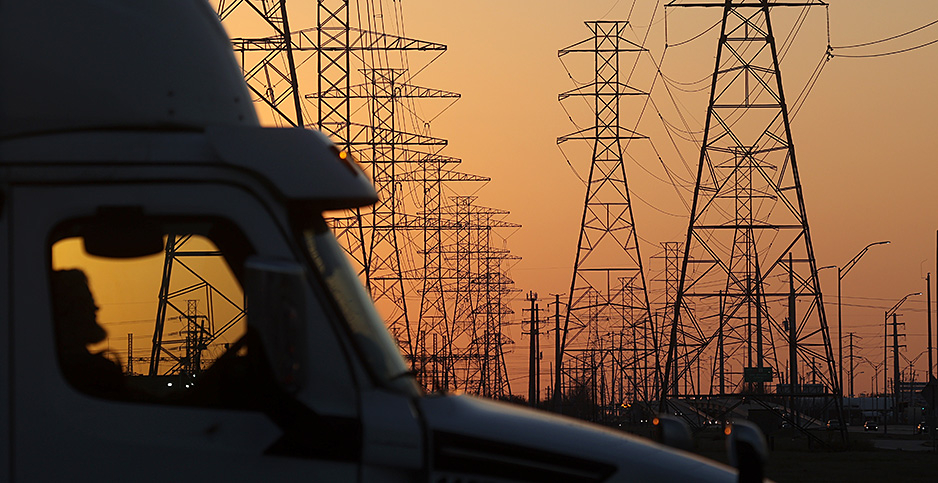 There's disagreement among Democratic groups about what kinds of energy should be included in a clean electricity standard. Justin Sullivan/Getty Images

As President Biden’s climate-focused infrastructure plan lurches through tense congressional negotiations, one of his toughest battles may be how he defines clean energy.

Democrats are racing to decarbonize the electrical grid by 2035. But there is disagreement among progressive and moderate groups on the left over what path to take. It’s a division that Biden will have to bridge if he hopes to pass the centerpiece of his climate plan: a clean electricity standard.

Recognizing the importance of a CES, which has never been enacted on a federal level before, environmental groups have come to view it as the place to enact their priorities. It’s a proxy battle for the larger tensions in Democratic politics, where the more liberal Bernie Sanders wing of the party wants bold climate promises, while the Biden wing values a more practical approach that has a better chance of winning moderate support.

Some want a future energy grid based almost entirely on renewables. Others want a broader plan centered around clean energy but inclusive of other technologies, such as nuclear power, that will speed the transition to a carbon-free grid within 15 years.

The outcome could shape the country’s energy trajectory for decades — if it passes — and define Democratic politics amid a tumultuous period of energy transitions.

Democrats and the political left can’t lose any time fighting over how to decarbonize the grid, said former Rep. Henry Waxman (D-Calif.), who presided over the last major climate bill. It narrowly passed the House in 2009 with bipartisan support but died in the Senate. It’s important for Congress and advocates to be open to nuclear power as part of the fuel mix, he said.

"We wouldn’t have had to do it 10 years ago, but we’re getting later and later in limiting our carbon and other greenhouse gas emissions, and we may have to go with nuclear as an alternative fuel," Waxman said.

The clean electricity standard is tucked into the infrastructure package that calls for the grid to derive 80% of its power from carbon-free sources by 2030.

"We have to keep our eye on the prize here, which is that the American Jobs Plan is a top priority, and we can’t let the right undermine climate action," said Leah Stokes, an assistant professor of political science at the University of California, Santa Barbara.

If enacted, a federal clean energy standard would require the government to take aggressive action toward eliminating coal and scaling back natural gas. It would also drive states to scale up climate ambitions.

The Biden administration has been relatively quiet on the details of a clean energy standard. But the president will have to show his hand soon.

Biden wants Congress to pass an infrastructure bill this summer, before the election cycle for next year’s midterms begins in earnest. Democrats are widely expected to lose seats in the 2022 elections and potentially control of Congress. That would strip Biden of his chance, already remote, of persuading lawmakers to pass sweeping climate legislation.

Over the last month, a rift has opened among environmental groups over how the administration should define clean energy. On one side, some advocates shaping the policy argue that nuclear power and carbon capture should play a role in the race to decarbonize the grid. Other groups want the administration to reject any plan that is seen as preserving fossil fuels. They also want to block new nuclear projects.

Earlier this month, hundreds of climate activist groups, including 350.org, Oil Change International and Greenpeace, signed a letter asking Congress to reject the administration’s proposed clean electricity standard because it would advance carbon capture — and offer a lifeline to the natural gas industry. The groups also questioned the environmental costs of nuclear power and biomass, and they pointed to environmental justice issues around those facilities.

Instead, they asked Congress to pursue a renewable energy standard, which would forbid most sources of power apart from wind, solar and hydro.

Many of the groups that signed the letter have not been working with White House officials to craft Biden’s climate policy. Major environmental groups that are favored by the administration — like the Sierra Club, Natural Resources Defense Council and Sunrise Movement — largely ignored the letter. Many of those groups have helped shape Biden’s climate policy since the election and have alumni working in the administration.

Others said a clean electricity standard would augment the trajectory of today’s energy market, where fossil fuels are being displaced because the price of renewable energy continues to drop. That would achieve the goals many on the left have long sought, even if nuclear power and carbon capture are included in Biden’s plan.

"CES will drive wind and solar, period," said Stokes, who is an adviser to Evergreen Action, which has ties to the Biden administration. "And it will stop new gas, period. I get all the freaking out and concerns, but how are you going to build a CCS plant in the next decade? There are none in the power sector. How are you going to build a new nuclear plant? It takes 9 ½ years to build one. We’re talking about a sprint to 2030 here."

But others say Biden’s climate policy doesn’t go far enough to displace fossil fuels. And they worry that it could erode during negotiations.

The administration is likely to weaken its climate goals to get buy-in from moderate Democrats and some Republicans in the coming weeks, said Collin Rees, a senior campaigner for Oil Change International, who signed the letter urging Congress to reject the CES.

"It sets us up in a better position to have that fight later," he said. "I think if we already give it away, if we have a standard that already includes a bunch of fracked gas or something, we might go to the Senate and end up with something that includes coal. So I think part of it is a political negotiation piece."

Still, Rees disputed the notion that different green groups are locked in a pitched battle. He said they’re mostly on the same page and expects that differences can be worked out.

There is a long history in Washington to define clean energy, said Sasha Mackler, director of the Energy Project at the Bipartisan Policy Center. The debate around what to include in the CES is louder around the political edges, where the progressive left is amplified, he said, but the group at the center of the debate is bigger. Most important is to define clean energy in a way that can actually be enacted into law, he said.

"The legislative path is hard, and the broader you go and the more inclusive one is from a technological standpoint, the higher the likelihood you’re going to get a package that can make it through Congress," Mackler said.

Other climate policy advocates see a place for the concerns of both sides.

Keeping existing nuclear facilities online makes sense because it would make it easier and cheaper to decarbonize the economy by 2050, said Robbie Orvis, director of energy policy design at Energy Innovation, another group with the ear of the White House.

The goals for wind and solar require a massive build-out, and nuclear would reduce the overall share that’s needed soon, he said. Even carbon capture can be effective in the near term if it addresses the environmental justice concerns of the communities that live near the facilities, he said.

"I think that a CES should allow all clean electricity generation, so that would include nuclear; that would include hydro, geothermal, the traditional renewables," he said. "I think a CES that does include fossil fuel plants with carbon capture does need to address the economic and well-being concerns that allowing those plants to stay online can raise."

The margin for passage in Congress is so tight that a couple of votes might doom the plan or pass it. Moderates on both sides have been noncommittal. Sen. Joe Manchin (D-W.Va.) has said his support will depend on "the details" of the CES. Sen. Mitt Romney (R-Utah) said he was "looking at" the CES but favored carbon pricing.

While the White House has been tight-lipped on specifics, climate adviser Gina McCarthy appeared to cast some doubt on using carbon capture to meet the standard’s goal. Carbon capture, she said recently, would reduce and manage greenhouse gas emissions, but it would do "very little to reduce the other pollutants that are disproportionately hurting environmental justice communities."

She also said that the utility sector is on board with the CES and is a key ally in the talks.

"When I talk to the folks in the utility world, they see a clean energy standard as being the most direct signal to them and the most flexible approach that will allow them to get there, where they need to go. So I think it’s one of the best strategies that we can use moving forward," McCarthy said.

Fighting over whether to include energy sources such as nuclear was a luxury lawmakers might have had in 2009. But they don’t now, Waxman said.

So he offered this advice.

"Keep their eyes on the ball; don’t get sidetracked by other complications and divisions," he said of Democrats. "They have to come together and get started to make enormous progress, because we’re running out of time."