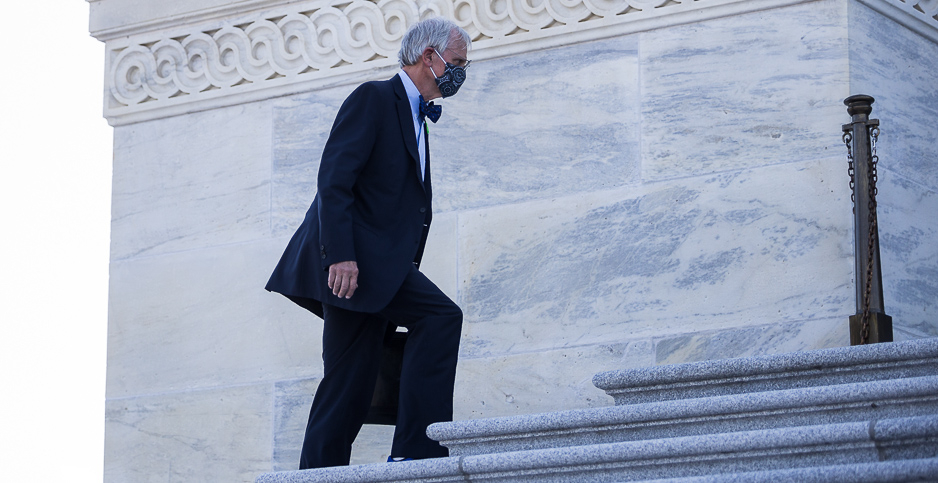 Democrats on both sides of the Capitol are stepping up pressure to see clean energy assistance included in future COVID-19 relief efforts.

In the House, which is readying to bring infrastructure legislation to the floor in the coming weeks, 180 Democrats urged leaders yesterday to address the "devastating impacts of COVID-19 on jobs in the clean energy industry."

"Before the current crisis, this sector employed 3.4 million people, two thirds of whom worked at companies with less than 20 employees," wrote the Democrats, led by Reps. Earl Blumenauer of Oregon, Matt Cartwright of Pennsylvania and Mike Levin of California.

"These were blue-collar and white-collar jobs in every state of the country," the lawmakers wrote in their letter.

But COVID-19 has "decimated" the sector, with the members pointing to a recent analysis that found nearly 600,000 clean energy jobs were lost in March and April (E&E Daily, May 14).

"Clean energy jobs are being lost at a rate faster than the national average, revealing COVID-19’s disproportionate impact on this vulnerable industry," wrote the Democrats.

Nearly a half-million of those lost jobs were in the efficiency sector, Alliance to Save Energy Vice President for Public Affairs Ben Evans noted yesterday.

"It’s hard to see how anyone could look at that and say, ‘Oh, those folks will be ok,’" said Evans by email. "We need to get people back to work, and it’s clear that’s going to take some kind of recovery legislation from Washington to help make that happen in a reasonable timeframe."

A follow-up analysis conducted by BW Research Partnership released yesterday found that 27,000 more clean energy jobs were lost in May.

Specifically, the Democrats are seeking the conversion of existing energy tax credits to direct payments and a delay in the phaseout of the renewable and investment tax credits.

The renewed pressure comes as clean energy advocates and their congressional allies have grown increasingly worried at the omission of sector-specific relief in past COVID-19 packages.

RL Miller, a California climate activist and founder of the political action committee Climate Hawks Vote, yesterday took to Twitter to highlight House Democrats who did not sign the letter.

"[L]ots of potential reasons for not signing on to a letter, of course. Staff overlooked it. Leadership won’t commit. But clean energy is popular in every district in America and peeps need to ask their reps why they don’t support clean energy in next stimulus," wrote Miller, who recently was elected to the Democratic National Committee (E&E News PM, May 18).

"With smart federal policy, California’s clean energy industry can weather the current crisis and continue to provide significant health, safety, and economic benefits to our communities," they wrote.

Clean energy advocates expect that tax incentives will materialize in the debates over infrastructure and recovery, which is expected before July 4.

On the Senate side, Sen. Chris Van Hollen (D-Md.) will appear tomorrow at an online event sponsored by the Coalition for Green Capital in support of a $35 billion clean energy fund in future COVID-19 relief (Greenwire, June 5).

Republicans have called for a go-slow approach to future COVID-19 legislation, but there have been signs of renewed interest from the Trump administration, which has suggested the president would sign another package before the August recess (E&E Daily, June 15).

The GOP has also criticized Democrats for bringing elements of the Green New Deal into COVID-19 discussions, but there’s also bipartisan interest in helping all energy sectors in future relief via some sort of a legislative deal.

However, the oil and gas industry’s top lobbyist yesterday downplayed talk of specific help for the embattled sector.

American Petroleum Institute President and CEO Mike Sommers, speaking during a Politico event, said he was proud the trade group did not lobby for an "industry specific bailout" in pandemic negotiations.

"There were a lot that were advocating for that," Sommers said. "API was not, and I think we’ve been successful in advocating for things that will advance this industry throughout this pandemic. But we think the free market has always been the best arbiter of what supply and demand are going to be in the United States."