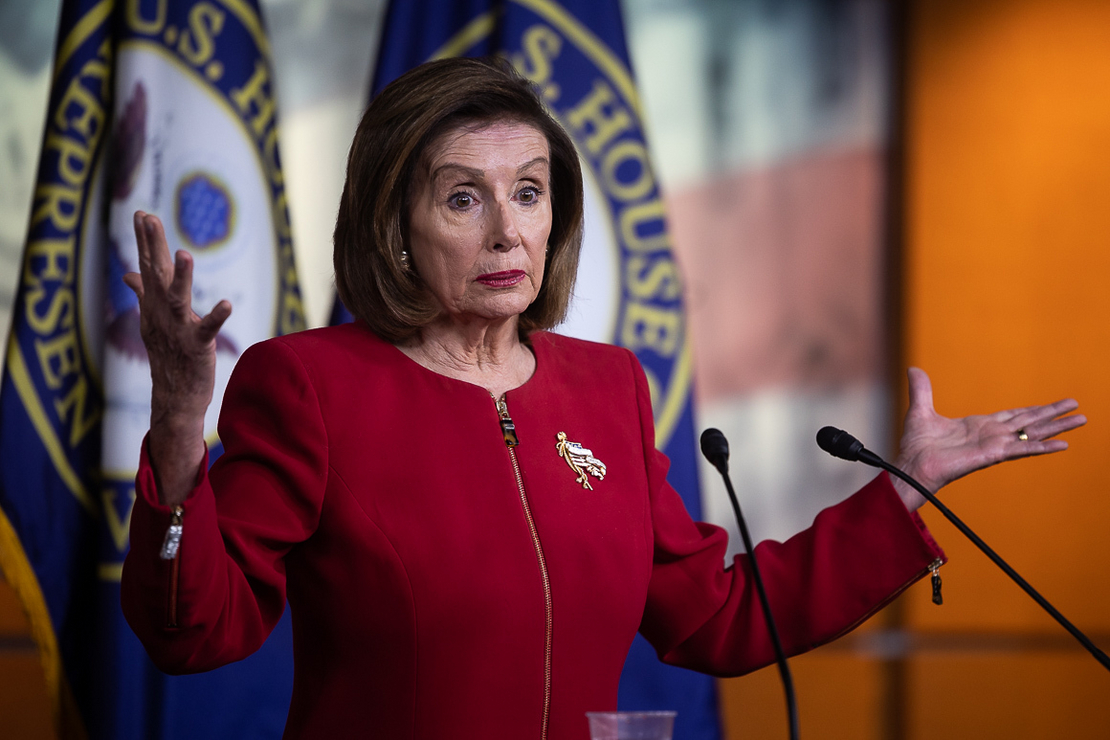 A fierce fight over raising the nation’s debt ceiling could complicate efforts this week to pass stopgap funding necessary to avert a government shutdown when the new fiscal year begins late next week.

The House Rules Committee will meet today to prepare a continuing resolution that would fund agencies until late November or early December. Discussions are ongoing, but Democrats are eyeing attaching a provision raising the nation’s $28.5 trillion borrowing limit that will be reached next month.

House Budget Chair John Yarmuth (D-Ky.) didn’t rule out such a scenario when asked if the two would be paired. “I don’t think that decision’s been made yet," he said on "Fox News Sunday." "We have several options for raising the debt ceiling, which is absolutely mandatory."

Democratic leaders have been eyeing a combined bill to make it harder for Republicans to oppose a debt limit hike.

“The debt limit is a shared responsibility, and I urge Congress to come together, in that spirit, on a bipartisan basis as it has in the past to protect the full faith and credit of the United States,” Speaker Nancy Pelosi (D-Calif.) said in a letter to the Democratic caucus yesterday. Pelosi did not endorse any specific legislative strategy.

Senate Minority Leader Mitch McConnell (R-Ky.) has repeatedly stressed that the GOP will not vote to increase the debt ceiling, arguing Democrats are in control of Congress and the White House and should take responsibility for any new borrowing.

Sen. Bill Cassidy (R-La.) said yesterday that there is enough money in the Treasury to pay for recent spending legislation, including the $1.9 trillion pandemic relief bill.

“They are increasing the debt ceiling to make room for a [multitrillion] Democratic Party wish list,” Cassidy said yesterday on NBC’s “Meet the Press,” referring to the $3.5 trillion budget reconciliation plan working its way through Congress.

But that refrain from Cassidy, which has been repeated by other Republicans over the past few weeks, is simply not true. The debt limit applies only to spending that has already been enacted, not to spending that is still under consideration.

Treasury Secretary Janet Yellen warned in an op-ed in The Wall Street Journal over the weekend that failing to raise the debt ceiling would “produce widespread economic catastrophe.” She made similar arguments to McConnell in a private meeting last week; Pelosi cited those concerns, too, in her letter.

Republicans have argued Democrats could raise the bill through reconciliation, which needs only a simple majority to pass the Senate. Democrats, who worked with the Trump administration to raise the debt ceiling, are reluctant to go it alone and be tagged as solely responsible for any exploding debt.

The standoff is creating angst for federal agencies that need stopgap funding in place by Oct. 1; Congress has failed to send the president any fiscal 2022 appropriations bills. And while neither party wants a lapse in federal funding, a failure by Congress to decouple it from the debt hike may force one.

Democrats are also likely to attach $14 billion to the continuing resolution sought by the White House for aid in response to Hurricane Ida and other recent natural disasters. The push for relief is seen as having bipartisan support in both chambers.

Sen. John Kennedy (R-La.), whose state was hit hard by Ida and had his own garage destroyed by a fallen tree, said last week he might back a CR-debt package with storm aide because it’s so desperately needed. But, he added, there are not nine other Senate Republicans who would support it and allow it to clear the Senate.

The Senate Appropriations Committee, meanwhile, had planned on advancing more spending bills this week, but expected markups were scrapped because the parties have been unable to agree on funding levels.

“Chairman [Patrick] Leahy [D-Vt.] had hoped to consider additional bills in the Appropriations Committee next week, but unfortunately his Republican colleagues have decided to block movement on any additional appropriations bills until there is a budget agreement,” a committee spokesman said late last week.

The panel had been eyeing action on the Transportation-Housing-Urban Development and Commerce-Justice-Science bills. However, Sen. Richard Shelby (R-Ala.), the chamber’s top GOP appropriator, warned last week all GOP appropriators would oppose the bills in committee until there is a “full bipartisan agreement” on overall funding. With the Senate panel split 50-50, united Republican opposition would in effect keep the bills from reaching the floor.

A Leahy aide said the chair has “been calling for bipartisan, bicameral negotiations to establish topline spending between defense and nondefense programs, and he will continue to press for progress on this front. But the committee has work to do in the meantime, and it should be doing it.”

Republicans have been frustrated that congressional Democrats and the Biden administration are seeking a more than 15 percent increase in spending for domestic agencies next year, while keeping national security spending largely flat.

The House for its part has cleared 10 of its 12 appropriations bills, including the Energy-Water and Interior-EPA bills, with spending largely in line with the White House request.

The Senate earlier this year did move three bills in committee, among them the energy legislation, where there was bipartisan support for more funding for the Energy Department and Army Corps of Engineers water projects (Greenwire, March 24).

The impasse will send spending negotiations behind closed doors in coming weeks, likely resulting in the latest in a series of late-year omnibus spending packages to fund federal agencies.