Democrats go big on mining. Will there be a backlash? 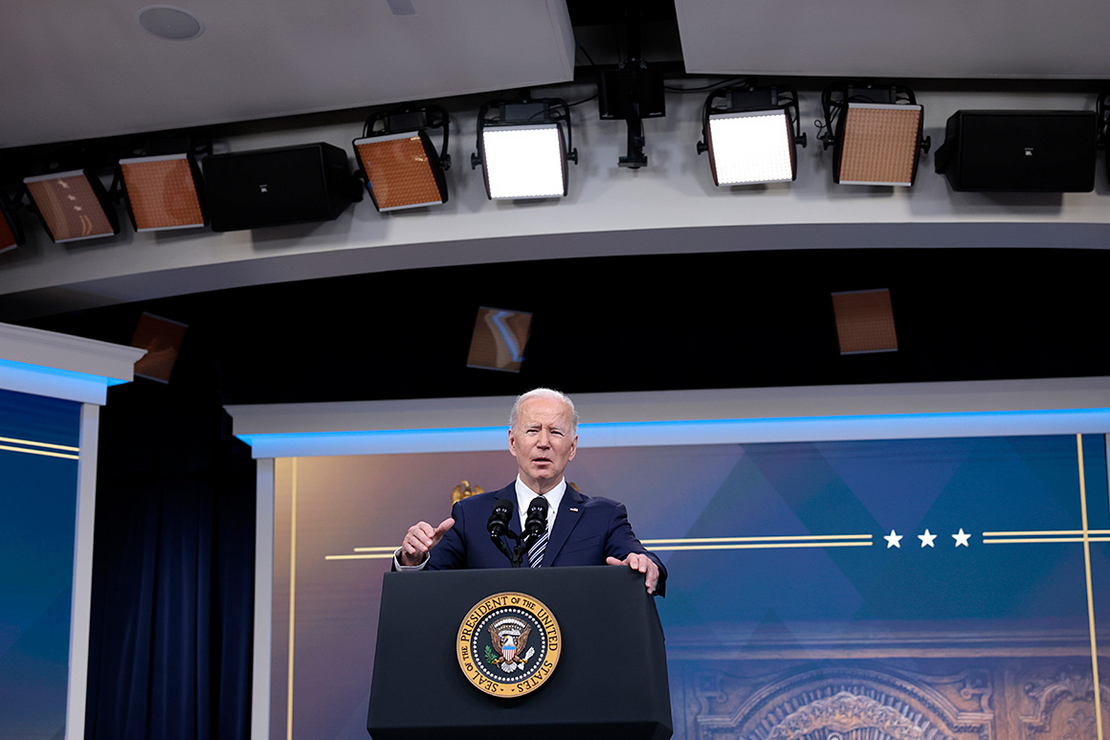 The green energy revolution has led Democrats to embrace calls for more mining — creating a potential flashpoint between those seeking climate action and others fighting for environmental justice.

President Biden turned yesterday to a Cold War-era law to marshal Defense Department resources toward supporting new mining activities in the United States, including through assisting with costly studies and industrial processing activities — all to obtain more minerals needed to make electric vehicle batteries. The order singled out five commodities as a priority: lithium, nickel, cobalt, graphite and manganese.

Biden’s order arrived after a request from Senate Energy and Natural Resources Chair Joe Manchin (D-W.Va.) and Sen. Lisa Murkowski (R-Alaska), the latter a long-standing champion of critical minerals policy who is running in a contested election this fall.

As the White House was rolling out its directive, the Senate Energy and Natural Resources Committee held a largely pro-mining hearing that could serve as a blueprint for a potential deal on energy and critical minerals.

The hearing featured three experts on the mining industry and two representatives from mining companies: Julie Padilla of the Twin Metals copper-nickel mine in northern Minnesota and Scott Melbye, CEO of Uranium Energy Corp. and the head of the Uranium Producers of America, an industry association.

Sen. John Hickenlooper (D-Colo.) said during the hearing that hardrock mining and minerals will “play a pivotal role” in the energy transition. “Mineral technologies moving hand in hand, evolving together,” Hickenlooper said, is how “civilization has always progressed.”

Sen. Ron Wyden (D-Ore.) said it is “essential” to produce more minerals at home and “reduce our country’s dependence on foreign-produced minerals, Wyden, who recently introduced a bill that would subsidize some mining activities, said “reducing that dependence” on other countries is “as much a national security issue as it [is] an environmental” one (E&E Daily, March 9).

And Sen. Catherine Cortez Masto (D-Nev.) called for the government to “streamline our permitting” process, and declared that mining in Nevada will one day make her state “a nexus for our clean energy and our critical mineral future.”

It’s not clear what exactly a legislative deal would look like, and little was mentioned of a deal during the hearing. However, in a show of interest for policymaking on minerals and energy, Manchin announced he would hold another hearing on the issue next week.

Democrats have tried to paint an optimistic picture in the months since Manchin killed off their marquee climate and social spending bill, the “Build Back Better Act.” Manchin himself has indicated that he largely supports the roughly $300 billion in clean energy and electric vehicle tax credits contained in the bill, which passed the House last year (E&E Daily, March 23).

Asked by E&E News what the legislative future looks like for critical minerals policy, Manchin underscored his enthusiasm for the issue.

“We can meet the demand that we have in America,” Manchin said in an interview yesterday. “That’s what this is all about, and right now we’re way behind the curve.”

Could a compromise that combines clean energy tax credits and critical minerals legislation receive 50 votes in the Senate? Manchin told E&E News, “We’ll have to wait and see on that.”

“We need to choose long-term security over energy and climate vulnerability,” Biden said during an event at the White House. “We need to double down on our commitment to clean energy and tackling the climate crisis with our partners and allies around the world.”

Other Democrats said yesterday that they see room for a deal on critical minerals and clean energy, given Manchin’s enthusiasm. Wyden, for instance, used yesterday’s hearing to gin up support for the suite of clean energy tax credits he helped tuck into “Build Back Better.”

Murkowski, the former Energy and Natural Resources chair and longtime Manchin collaborator, also said she sees potential for a more conventional bipartisan energy package, with Russia’s invasion of Ukraine spurring a flurry of proposals from both parties.

“He and I are talking about what the world of possibilities is,” Murkowski told reporters yesterday.

“We’re talking about what more we can do in the energy space because I think there’s a recognition that the country is looking differently at our energy resources,” Murkowski added. “And, in fairness, the world is looking at the resources that America has and is wondering what this policy might look like.”

Experts largely acknowledge that in order to quickly transition away from fossil fuels, the world will need to dig up more metal out of the ground to build new energy and transportation systems.

The United States largely relies on foreign sources, primarily China, for its supplies of these minerals, posing what security hawks say is a risk to national economic stability as the nation transitions away from using oil and gas.

Experts, however, say a boom in mines producing metals essential for making batteries — like lithium and nickel — would almost certainly encroach upon ways of life for many Indigenous people. By one estimate, most nickel, copper, lithium and cobalt reserves are within 35 miles of a Native American reservation.

Morgan Bazilian, director of the Payne Institute for Public Policy at the Colorado School of Mines, told E&E News that typically U.S. lawmakers disregard the views of Indigenous peoples, regardless of what political party they belong to.

“Historically it’s been the case, because the tribes get nothing. They’re treated very poorly in general. That’s obviously very long-standing in the history of the United States,” Bazilian said.

The order stated that the Defense Department would ensure that all mining-related activities would adhere to existing requirements for government-to-government consultation with Native American tribes.

The same day as the order, the Interior Department published a notice in the Federal Register outlining plans to hold hearings and take public comments about changing current mining laws and regulations, including ways to improve Indigenous consultation.

But all this was cold comfort for environmentalists and Indigenous activists opposed to more mining.

There is no federal requirement for the government to actually consult with Indigenous communities — only recommendations. Next week, the House Natural Resources Committee will hold a markup on legislation that would enshrine such a requirement in law, but it’s unclear whether the bill can pass in a Congress with thin margins for legislative action.

Knowing that Biden’s order could ripple across tribal lands, Raquel Dominguez, a policy associate at the nonprofit Earthworks, said that as a person of color, reading news of Biden’s order made her “want to cry.”

“I am shaking right now, because I am so worked up over this,” Dominguez told E&E News. “If it makes me this emotional, just reading about it and working on it at a policy level, think about how it actually affects the people who are dealing with this.”

“This is a second invasion,” said Day Hinkey, a member of the Fort McDermitt Paiute Shoshone tribe and an organizer with the People of Red Mountain. Hinkey and others living in northern Nevada are fighting the Thacker Pass lithium mine, the largest U.S. lithium project currently under development (E&E News PM, Feb. 25).

“I believe this is gonna be the second coming of environmental destruction. The first we’re in now is the climate crisis from the fossil fuel industry, and I believe this next one will be lithium mining,” Hinkey said.

Environmental justice concerns for the Indigenous came up at the ENR hearing, as well as a long-running fight over the 1872 General Mining Act.

Sen. Martin Heinrich (D-N.M.) said reforming the law and instituting royalties for reclamation will be crucial.

“There’s going to be an enormous amount of pressure from Western communities that are still suffering from the water quality impacts of that to say, ‘Yeah, you can talk about more mining, absolutely. But the cost of that is going to be to finally fix the 1872 Mining Act,'” Heinrich said in an interview this week.

Heinrich nonetheless said he sees opportunities for a deal with Manchin, calling the potential extraction of rare earths from acid mine drainage “an area of common ground.”

Democrats typically concerned about the impacts of mining on Native peoples said they hope the Biden administration will act with care and caution as it pumps up the mining industry.

“I think they have credibility and trust in how they do this,” Rep. Jared Huffman (D-Calif.) said. “Obviously, we will make sure that it’s done right, but that goes more to how it’s done than whether it needs to be done.”

“I’m also optimistic that President Biden and Interior Secretary Haaland will move this decision forward with the same commitment to consulting affected tribes and local communities they have demonstrated throughout this administration,” Grijalva said in a statement.

But, he added, “there’s no situation in which I’m going to feel good about giving even more subsidies to the mining industry.”