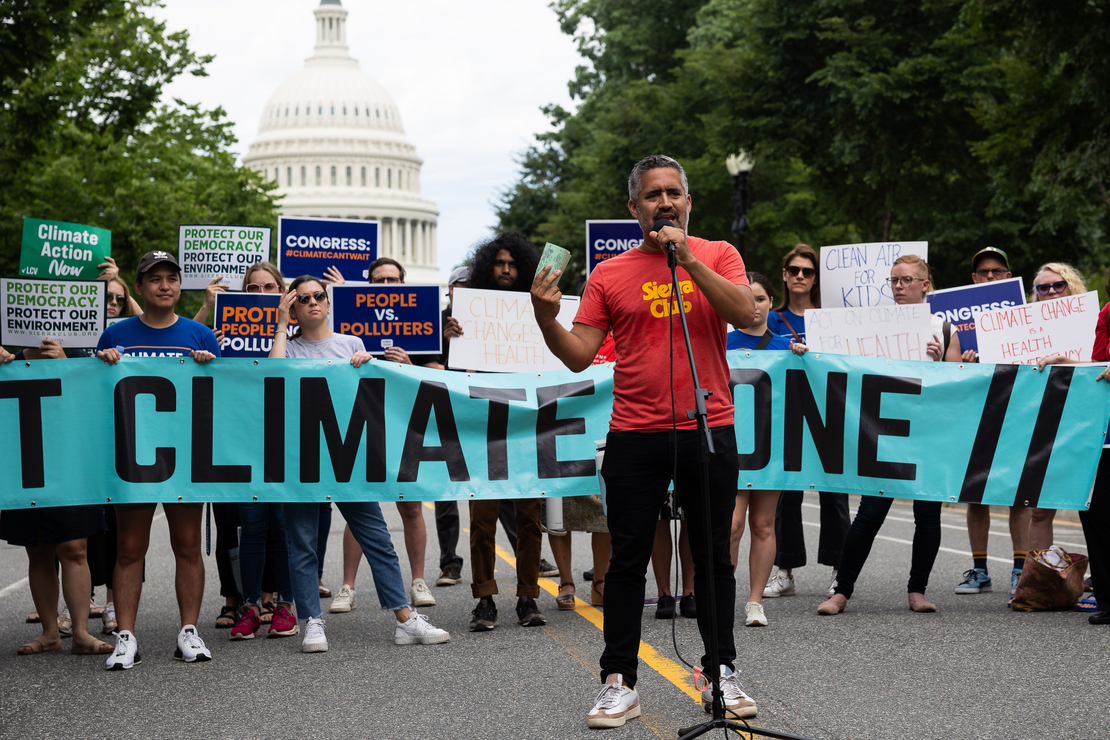 Senate Democrats today are sending an agreement on drug pricing to the parliamentarian for review, an important step forward in talks on their party-line budget reconciliation package, an aide familiar with the negotiations told E&E News.

Last year Democrats were in the process of putting their “Build Back Better Act” through the “Byrd Bath,” which determines whether provisions fit the strict rules that govern budget reconciliation in the Senate. But then Sen. Joe Manchin (D-W.Va.) killed the effort.

The drug pricing language will be the first section to get scrubbed as Senate Majority Leader Chuck Schumer (D-N.Y.) and Manchin negotiate a smaller bill.

Energy and climate provisions that have been a cornerstone of the budget reconciliation effort remain in flux, with details expected to trickle out over the coming weeks.

Green groups, including the Sierra Club, EDF Action and the League of Conservation Voters, rallied on Capitol Hill this morning to call on Congress to pass climate legislation.

Still, for Democrats, the first Byrd Bath, named for the late Sen. Robert Byrd (D-W.Va.), is an encouraging sign.

“Senator Manchin has long advocated for proposals that would lower prescription drug costs for seniors and his support for this proposal has never been in question,” Manchin spokesperson Sam Runyon said in an email. “He’s glad that all 50 Democrats agree.”

As talks continue, another Democratic aide familiar with the talks said climate spending is expected to be below the $555 billion contained in the “Build Back Better Act” passed by the House last year.

“I am as optimistic as I’ve been in quite a while that we’re going to get this done,” said the aide, who was granted anonymity to discuss sensitive issues.

NBC News reported today that Manchin, the Senate Energy and Natural Resources chair, and Schumer are eyeing a $300 billion “ceiling” for the energy provisions, but the specifics are still up in the air.

Manchin has in recent weeks expressed opposition to direct pay options for clean energy tax incentives, as well as expanded credits for electric vehicles — both key aspects of the House-passed bill.

On the other hand, both Manchin and Senate Environment and Public Works Chair Tom Carper (D-Del.) have indicated that the proposed fee on methane emissions remains on the table (E&E Daily, May 6).