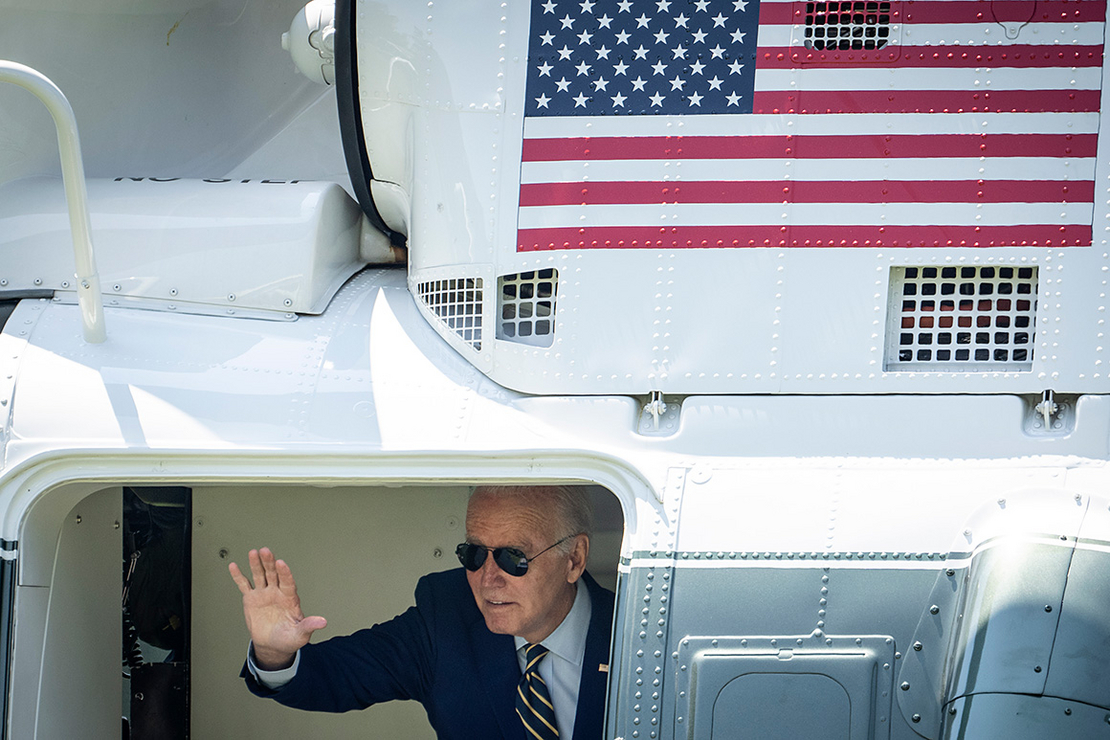 Democrats are keeping the pressure on President Joe Biden to declare a climate emergency after the administration took initial executive actions yesterday, as the party tries to move on from another congressional climate failure.

Biden said he plans to follow up with additional executive actions in the coming weeks, but progressives, who have been calling for a climate emergency declaration for years now, are watching cautiously.

The option is still on the table, according to administration officials and Democratic lawmakers, but after negotiations on climate legislation with Sen. Joe Manchin (D-W.Va.) fell through again last week, many are expecting Biden to act more aggressively.

“I hope there’s a deadline involved and that it’s soon,” House Natural Resources Chair Raúl Grijalva (D-Ariz.) said in an interview. “A month, to me, seems too long.”

The political wrangling comes amid a summer of climate impacts. Europe is in the grips of a historic heat wave, China is seeing brutal heat and record rainfall, and the American West is facing record drought. Biden has pledged to reduce emissions of planet-warming greenhouse gases 50 to 52 percent by 2030, a goal that looks increasingly difficult without action from Capitol Hill.

Democrats largely praised the president’s initial steps yesterday and refrained from directly criticizing the Biden administration. But some acknowledged that to have a shot at hitting the nation’s emissions targets without broad congressional action, the executive branch needs a course correction.

The Biden administration has angered environmental groups with moves to potentially allow more oil and gas drilling in the Gulf of Mexico and defend in court the Willow Project, a ConocoPhillips Co. venture that is projected to produce nearly 630 million barrels of crude oil in Alaska.

Amid high gas prices — a major political liability for the president and his party — and the war in Ukraine, which has roiled the energy supply of U.S. allies in Europe, Biden has also approved releases from the Strategic Petroleum Reserve and enjoined Saudi Arabia to produce more oil.

“We’re in a short-term emergency period to make sure our allies in the NATO countries have the fuel they need to get through the winter,” Rep. Kathy Castor (D-Fla.), chair of the House Select Committee on the Climate Crisis, said in an interview.

Continuing to extract fossil fuels, Castor said, “is not a course that I’m recommending to them at all.”

After the demise of their climate bill, many Democrats see a better political environment for executive climate action.

“Certainly, I understand the posture that they’ve been in,” Sen. Martin Heinrich (D-N.M.) said in an interview. “But I think we’re in new territory.”

Heinrich signed onto a letter yesterday with eight other Democrats, led by Sen. Jeff Merkley (D-Ore.), urging Biden to “unlock the broad powers of the National Emergency Act (NEA) and immediately pursue an array of regulatory and administrative actions to slash emissions.”

Still, Heinrich said he has no problem with the Biden administration taking its time, given the bevy of GOP-backed legal challenges likely to follow.

“My hope is that they’re just being prudent in making sure that they have their ducks in a row,” Heinrich said. “I do think it makes sense to be careful and make sure that you lay the right groundwork before you take a major executive action so that you can defend it when it’s challenged.”

Castor made a similar point, noting that “there’s a lot that goes into making sure the agencies are on strong footing to move forward.”

Castor was amount the dozens of House Democrats who signed a letter led by Oregon Rep. Earl Blumenauer calling for a climate emergency declaration.

Still, the politics of reconciliation offered a clear backdrop to Biden’s announcement yesterday and his hesitance to issue a climate emergency.

At one point, the White House was reportedly considering whether approving fossil fuel projects like the Mountain Valley pipeline — a longtime Manchin priority — might help secure his vote on the climate and clean energy provisions of the party-line spending bill (E&E Daily, July 14).

When Manchin said he could not support the climate provisions of the reconciliation bill this month while inflation is still high, climate hawks openly acknowledged that the demise of talks gave Biden a green light to move more aggressively in the executive branch.

As Sen. Sheldon Whitehouse (D-R.I.) put it, Biden had “held back on executive action, trusting that we could produce real climate legislation, and not wishing to disrupt our effort. His trust has not been rewarded.”

Sen. John Hickenlooper (D-Colo.) said Biden was “smart” to hold back on major executive action for now, with Senate Democrats still trying to work out a climate deal with Manchin over the next few weeks.

But even as they try to keep narrow hopes for a bill alive, other Democrats don’t see much point holding back on executive action for fear of upsetting the West Virginia Democrat. They also see Biden as perfectly willing to go along with their pleas to use his full suite of executive authorities.

Short of “divine intervention” in the Senate, Grijalva said, the Biden administration needs to be prepared to go further.

“Try to get [Manchin] to support solar manufacturing and clean energy funding, but declare the climate emergency and then continue to work with him,” Rep. Ro Khanna (D-Calif.) told reporters yesterday.

“They’re going further than they’ve been, [and] that’s encouraging,” Blumenauer said in an interview.

‘The tragedy of reconciliation’

Biden told reporters why he had not yet declared a climate emergency, saying that he is “running into traps on the totality of the authority that I have.” He said he will make a decision soon.

The administration is also moving forward on the first wind energy areas in the Gulf of Mexico, as well as advancing wind development off the mid-Atlantic and southern Atlantic coast and Florida’s Gulf coast.

As some Democrats are already acknowledging, however, that the road to halving the nation’s climate emissions by 2030 is awfully steep without Congress.

“I’m all for whatever you could do. But you are not going to be able to get by executive action what you could get by legislation,” Rep. Scott Peters (D-Calif.) said in an interview yesterday. “That’s the tragedy of reconciliation.”

Legislation is also the best way to avoid the inevitability of Republican legal challenges, said Senate Finance Chair Ron Wyden (D-Ore.). And GOP lawmakers have already begun a messaging barrage against a climate emergency declaration and other executive actions that could eventually make its way to the midterm campaign trail.

“I’ve been supportive of the president taking executive actions in these kinds of areas,” Wyden told reporters yesterday. “The only real solution here is a legislative route, because the second you go forward with executive actions, the Republicans will have a full-court press in the court system.”